Home Politics Does Cheering For the Pakistan Cricket Team Amount To Treason? 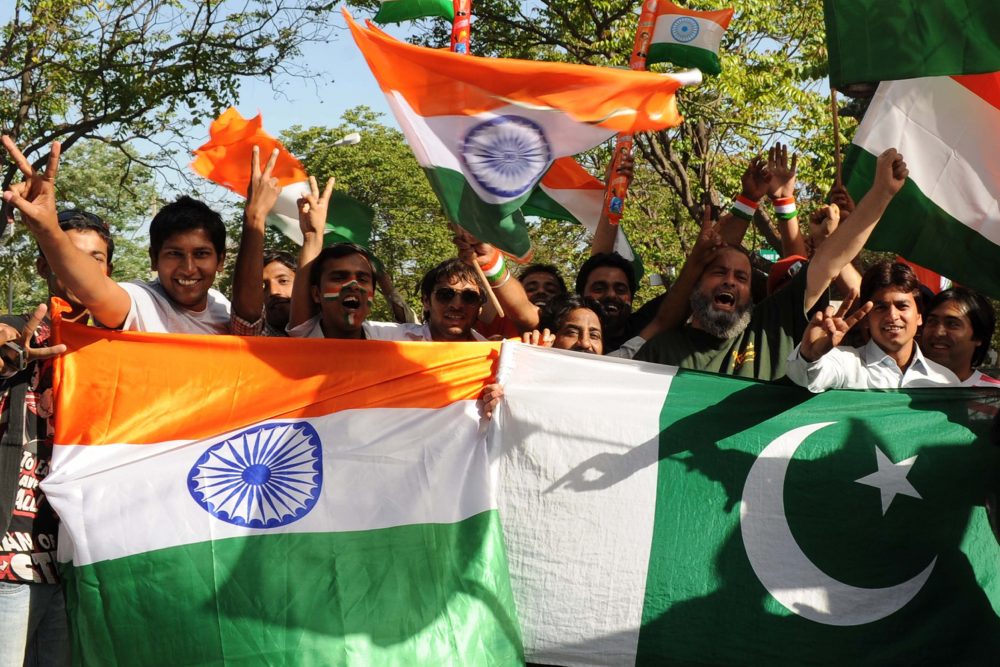 In light of recent events, I believe this is a topic that needs to be diced and discussed, rationally.

When Kashmiri Separatist Leader took to Twitter to commend the Pakistan Cricket Team for their victory against England in the ongoing ICC Champions Trophy, in a predictable chain of events, RSS leaders responded that since “Mirwaiz is a Pakistani by heart and mind. He must go to Pakistan”. Another RSS Leader contended that elements like him are “not nationalist but radical Islamists” whose intention is to disturb the harmony in Kashmir.

Right off the bat (pun intended), I would like to address the fundamental issues.

In India, cricket is a religion. It’s a patriotic duty. It’s an identity. Or that’s what people would have me believe.

But where the sport should encourage and foster healthy competition between the rival teams, cricket has always been used as a vehicle to purport nationalist sentiments.

Why can’t sports, like fine arts, transcend politics? Where does the toxic sentiment – that as an Indian supporting Pakistan, you are by default an ‘Anti-National’ – stem from?

Then again, this has been the norm since the country was split into India and Pakistan in 1947. Ravaged by border disputes, geopolitical tensions, religious conflict, and military wars, there was no precedent left to follow except the one that has always remained in place.

But it has to be noted that an aggravated reaction can always be expected when it is India versus any other country, and not just when Pakistan is in the picture.

In 2011 Cricket World Cup, when Sri Lanka was making its way through to the finals, I remember the Tamil diaspora around the world was disjointed whether to actually support the team or not, considering the fact that just 2 years before in May 2009, the civil war between the Sri Lankan Government and the LTTE (Liberation Tigers of Tamil Eeelam) concluded with the loss of many innocent Tamil civilians.

Like it was stated by Amarnath Amarasingam in his blog titled ‘Nationalism, Cricket and the Religio-Politics of Sport’,

“It is a high-energy display of synchronicity and discipline, one dedicated to sacrificing the self for the collective. It is, in other words, one of the most important rituals of a state’s civil religion. Sport may be a pastime, but it has transcendental importance.”

But coming back to Pakistan specifically, when you add the antagonising history that India shares with Pakistan, I guess an over the top manifestation of misguided patriotism is to be expected.

And I say ‘misguided’, because, in my personal and most honest opinion, I believe cricket (and for that matter, any other sport) and patriotism are mutually exclusive concepts; firstly because once they are placed in the same box, the so-called “passion” for the game augments into a hate-crime and the only grounds to support your national team is to secure victory so you can relentlessly goad the opponents.

Players have been known to receive death threats. Their houses are pelted with stones. People wait for them at airports with rotten eggs. And Indians have been known to propagate such filthy actions against players belonging to their own country; against the players of the team they supposedly love.

Is this how you show your love for your country? By assaulting your own countrymen?

But this is not to say that a reconciliation between your “love for the game” and “love for your country” cannot be sought. In 1999, Pakistan received a standing ovation in Chennai as the Pakistan cricket team took a victory lap after it beat India by 12 runs.

Don’t believe me? Watch the video.

When and why did this spirit of sportsmanship rot, leaving behind relentless and unnecessary debates on whether an Indian is an anti-national if he doesn’t support the Indian Cricket Team?

Could This Be The Solution To The Kashmir Conflict?