A new and exciting AI-powered technology known as Deep Nostalgia has been doing the rounds on Twitter and other social media platforms over the weekend.

The tool, created by an online genealogy platform called MyHeritage, allows its users to add facial animations such as blinks, smiles, head tilts and nods to still photos.

The tool creates extremely realistic clips of people and can be used to bring deceased people to life — even those from several decades ago. The technology is also being humorously compared to the fantastical living portraits and artworks in the Harry Potter franchise, as seen in the movies.

How The Technology Works

According to MyHeritage, ‘Deep Nostalgia uses deep learning algorithms, to produce remarkable results. You can animate any of the faces in your photos to see them move, blink, and smile.’ 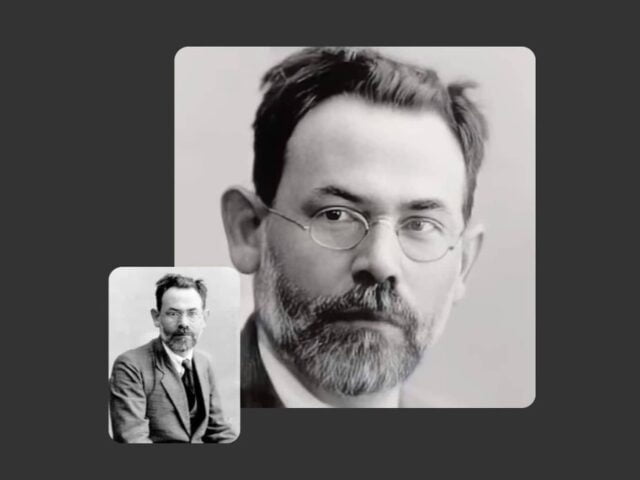 As the technology is still new, it currently only works on portraits. This version of the tool is not suitable for photographs with multiple faces in one frame nor photographs where people are seen from a distance.

The lifelike animations created through this technology can be downloaded as mp4 files. The videos have no audio — making them similar to a GIF — but they can easily be posted on social media platforms like Twitter and Instagram.

Users get a limited amount of animations for free and can access the Deep Nostalgia tool from the MyHeritage website. With the paid subscription, however, users can create a multitude of animations.

Social media users have been extremely fascinated by the technology and have started using it to not only animate deceased family members but also to bring old historical figures to life.

Kind of surreal to take a photo of the singularly inspiring Bhagat Singh — a revolutionary voice in 1920s India, who was hung by the British in 1931, at the age of 24 — run it through the Heritage AI algorithm, and see him reanimated. pic.twitter.com/CfC0Gu6Gxk

It was hard to find a quality photo of Lokmanya Tilak, but this worked. Tilak urgently deserve a new reappraisal as one of the founding fathers of the modern Indian mind. A reformist & revivalist of traditions, a believer in the power of mass media before most Indians could read. pic.twitter.com/M93KWkR6bc

Read More: Microsoft’s New Patent Technology Can Bring Back People From The Dead As Chatbots

The great master and teacher Aurobindo wrote, when he was young, a revolutionary spirit, and a restless mind, nearly a century ago: "The Time has perhaps come fot the Indian mind, long pre-ccupied with political and economic issues, for a widening of its horizon." pic.twitter.com/8U9BwxoE7Z

Apart from these recognized Indian personalities, here are a few other well-known figures who have been animated as well.

In these days of cultural limbo, bringing the past to life is becoming addictive – it’s the ultimate retro pastime. First Hadi Karimi colourised and made Beethoven 3D. Now he moves! #DeepNostalgia pic.twitter.com/z3jpRoXPD8

This innovative technology has truly been able to breathe life into these well-known personalities.

While concerns have arisen about whether this technology could be used to manipulate photos of people, the company has firmly declared that it does not endorse the creation of ‘deep fake’ videos of public figures without their consent.