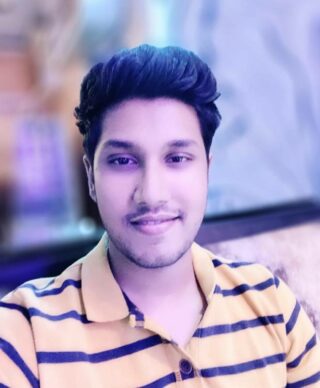 Sai Krishna, aka Naani Krissh, is a well-known artist who has made a place for himself in the film industry with his impeccable skills. The 25-year-old is India’s one of youngest superstars because his amazing work as a director, producer and creative artist has always been praised. In the last few years, Krissh has done several incredible short films, series and feature films.  Filmmaking and perfection are engraved in  Krissh’s genes as his late father, Uppalapu Srinivas, who was honoured with Padma Shri, is cited as the mandolin maestro of India. Just like his father, Naani decided to be a part of the creative field and ventured into filmmaking.

A short film titled Opperah, which is a socio-fantasy drama, gave Sai exposure and made him immensely popular. After the short film’s success, Naani Krissh started doing more quality work which was well-received. He recently made a short film called Khaleshwar, the first Indian 8k Ultra HD technology short.

In the Indian cinematic work, Sai Krishna, aka Naani, introduced the first Indian 8K technology short film, which received tremendous response. Khaleshwar received over 4 million views on Facebook and YouTube. In a statement, Sai has shared how happy he feels with the humongous response all his work has received so far.

The young superstar says, “I introduced 8K technology for short film in India and people loved it. I got many dms and calls from various filmmakers like me saying how much they admire my work. I am glad independent artists like me are getting the big recognition we deserve. This is just the beginning of how I do films creatively. I have some more work releasing soon about which I will keep audience updated soon.”

At the young age of 25, Sai Krishna, aka Naani Krissh, has made a mark with his impressive work. He wants to keep going on and surprise his audience with more such stories.

Social Opinions Chirali Sharma - September 28, 2021
Ever since news broke out of the Taliban gaining power over the majority of Afghanistan and establishing their government, the people there knew that...