Home Entertainment Amitabh Bachchan & Taapsee Pannu’s Badla’s Trailer Has Been Copied From This... 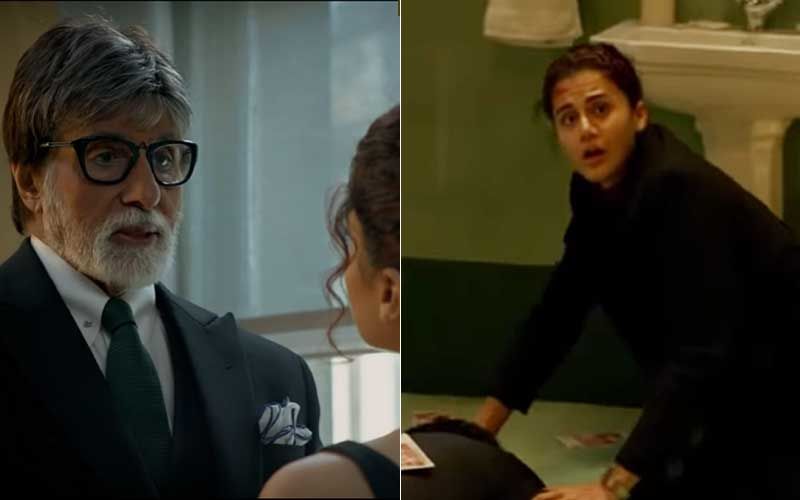 A few days ago, I came across the trailer for Badla, a film bringing together the dynamic duo Taapsee Pannu and Amitabh Bachchan after their earth-shattering blockbuster film Pink.

I will first allow you to see the trailer for yourself in order to understand why exactly this hit me so hard.

After watching it, I was genuinely impressed, although the signs pointed to the husband being the culprit, see how the title was such a big giveaway, but perhaps they had a twist in there somewhere for us.

Even generally though, the trailer was engaging and gripping, especially Big B’s last line in it, “Kya main wohi 6 dekh raha hun, jo tumne mujhe dikhaya. Ya wo 9 mujhe dekhna chahiye tha.” (Am I seeing the 6 you showed to me, or the 9 I should be seeing?)

As far as I can see from the trailer, the story revolves around how Taapsee’s character was cheating on her husband, and supposedly she and her lover get attacked while in their hotel room.

The lover gets murdered and Taapsee’s character gets arrested or put under house arrest and then Amitabh Bachchan’s character comes into picture.

But the really crazy thing was how almost the entire trailer was copied pretty much shot to shot from the Spanish film The Invisible Guest.

Let me give you some instances where the Bollywood movie has picked up directly and as it is from the Spanish film.

The first shot is going to be from the Spanish film while the next is from Badla.

Both the trailers have this shot of a car drowning in some lake.

Just the angle of the camera here changes and the tone of the film, however, both the shots are the same.

Even the shot of the chain being broken by the force of the police, is the same.

The only difference is the gadget being used, where the Spanish film used a traditonal stop-watch, while the Bollywood film is using an app in a smartphone.

The time limit is also the same in both.

The same shot of the character burning something in the fire place.

It really cleared up for me exactly why I liked the trailer so much, because the makers put almost little to no effort in it. They simply picked up the template that the original film gave them and just changed around a few minor details and voila: a wonderful trailer at hand.

The changes were such that the role of the female defense attorney was changed to a man, that being Amitabh Bachchan, while the male’s role of Adrian Dora was changed to a female that of Taapsee Pannu’s.

So basically, the only minute change they did was change the genders. Have to give kudos to the creativity of Bollywood filmmakers.

Now, while it has been said that Badla is some kind of a remake of the film The Invisible Guest, it has not been reported or stated in any of the official announcements I could find.

It is not there on the official Wikipedia page of Badla, nor is it in official media reports how the Bollywood film is a remake or adaptation of this Spanish movie.

Honestly, I’m slightly relieved, since I kept wondering, exactly how did Bollywood manage to make such a good trailer and gripping film. Now it all makes sense. And all is right with the world.