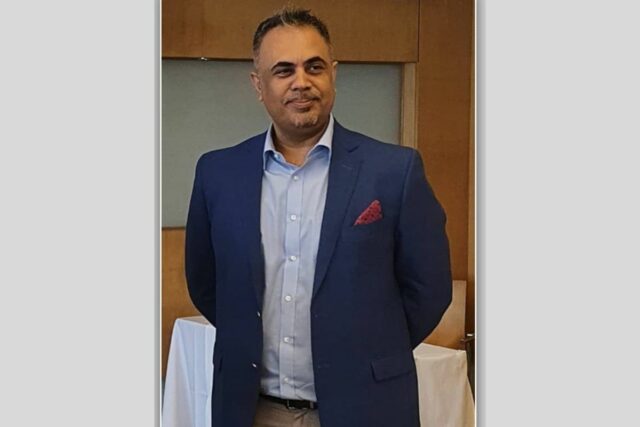 January 11: We often talk about overseas Pakistani in the Middle East, in the US, and the UK; however, very little has been written about the overseas Pakistanis working, living & thriving in the African continent.

Recently, the Pakistani corporate community in Lagos, the largest city in the African continent, organized a brunch to build strong relations between Pakistan & Nigeria, the most populous country in the African continent & the 7th most in the world. It was a private event hosted by Akbar Ali Shah, the CEO of Reckitt Nigeria & the cluster head for Reckitt Sub Saharan Africa.

The event’s chief guest was Dr. Ishrat Hussain, the former cabinet Minister on Institutional Reforms. Dr. Ishrat had previously served as Governor State Bank and later as Dean & Director of Institute of Business Administration. However, not many people know, Dr. Ishrat had also served as Resident Country Director for West Africa for World Bank, where he was based in Lagos, Nigeria, for four years. He was a great choice.

The event was attended by the CEOs & Senior Corporate Leaders from Banks and Multinational & Nigerian organizations.

In his opening remarks, Akbar Ali Shah mentioned that Nigeria is almost double the size of the Pakistani economy. The per capita income is higher than any country in South Asia. It is an English-speaking nation & just like Pakistan, and it has a vast young population eager to make a difference. It has a thriving tech industry that has produced three unicorns, a startup with the US $1b plus evaluation. It has attracted three times more investment in startups in 2021 vs. Pakistan. It also has the world’s 3rd most prominent film industry. 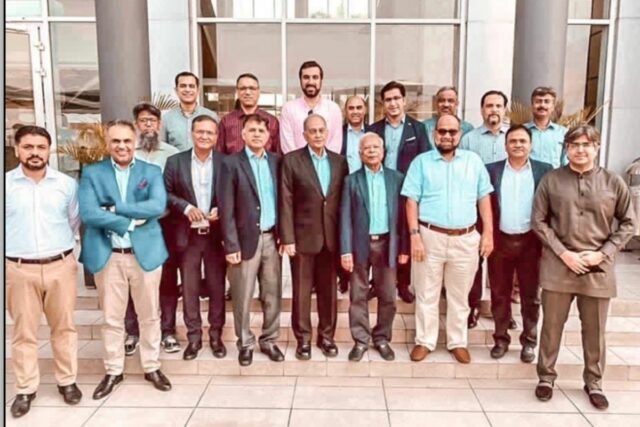 According to Akbar Ali Shah, historically, West Africa had been a gateway to the Americas. In the last few centuries, people, mainly from Sindh & Lebanon, traveled to this part for businesses & settled there. Many decided to move further to Brazil, Mexico, and the US. Today, in Nigeria, one can find hundreds of thousands of people with a Lebanese or Sindhi connection. It is prevalent to see the Lebanese or Indians (from pre-partition Sindh) running large industries in West Africa. There are a few thousand Pakistanis in Nigeria, mainly in the Northern states, where they are engaged in hospitals, schools & small-medium enterprises. However, it is the Pakistanis in the commercial capital in the port city of Lagos, which are growing in strength & are well connected.

Dr. Ishrat mentioned that Pakistanis once had a thriving social circle in the days of BCCI bank, which had a robust Pakistani workforce in Lagos, Nigeria. He mentioned how quite a few of them were members of the prestigious Ikoyi Club in Lagos. After the closure of the bank, as well as the emergence of Abuja as the national capital, it lost its strength & significance.

Dr. Ishrat shared his memories of the mid-1980s while advising the Nigerian Government. He mentioned in detail about Pakistan’s journey from the partition to date the successes & the failures & more importantly, the outlook.

The participants mentioned that the year 2021 was significant, where we have seen the Pakistani High Commission in Nigeria become actively engaged in Pakistani community affairs and build solid diplomatic relations with the Nigerian Government, political, social, and business leaders. Pakistan completed its first fighter jets export to Nigeria in a very graceful event. Pakistan Naval ship also docked at Lagos port and put a free medical camp in Dec. In Nov, over 200 Pakistani companies sent their representatives to participate in Pakistan’s 2nd African Exhibition. In Pakistan’s 2nd African Exhibition, the Pakistani companies had the opportunity to showcase their products & services. The event was attended by the Federal Commerce Minister from Pakistan and was inaugurated by the Governor of Lagos State.

The Pakistani corporate leaders in Lagos thanked Dr. Ishrat Hussain for visiting Lagos & for his inspiring talk. They also thanked Akbar Ali Shah for rejuvenating the diaspora, which became dormant after the pandemic.

Dr. Ishrat mentioned to the audience that Akbar Ali Shah was the founder and the first elected President of IBA Alumni in 2009 in UAE & how he helped organize the diaspora in the UAE. He said it is great to see the Pakistani diaspora-making strides in the West Africa corporate sector. He said he has a lot of great memories of the city & the country & he is happy to get a chance to visit again.