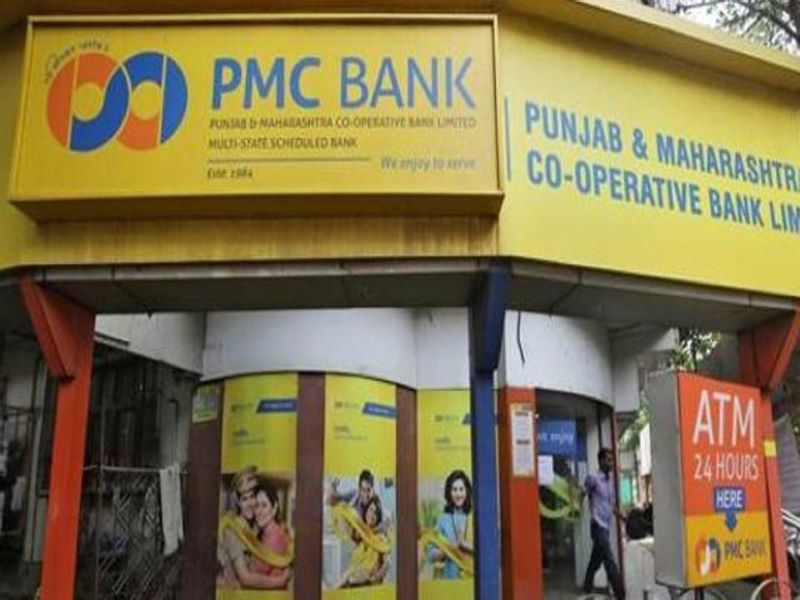 The Punjab and Maharashtra Cooperative (PMC) Bank has lately been in the news for quite a while, due to its astounding scam of 65,000 crore INR.

The bank has been assigning loans in a fraudulent way to HDIL (Housing Development and Infrastructure Limited) even when they defaulted the loan repayment schedule at first.

Such a swindle from one of the top cooperative banks of the country not only hints at the bank’s mismanagement or negligence but also gives us a subtle reality check over the prevailing corruption in the banking sector.

PMC is evidently on the verge of bankruptcy. Considering the extreme financial situation of the bank, RBI had to step in as a parent bank and protect PMC from going bankrupt.

RBI is liable to put restrictions on the banking services offered to its customers under the bank-run effect. 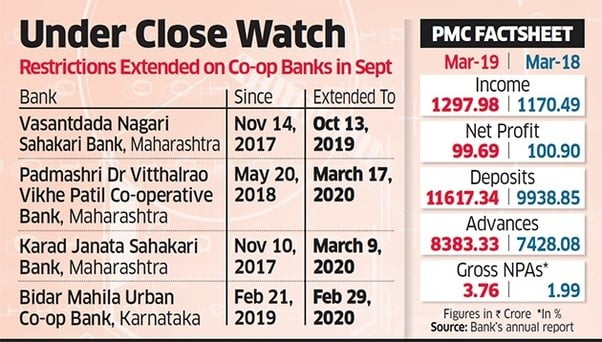 Above is a data table showing the restrictions imposed by RBI on collapsing banks in the past with PMC’s scam timeline on the right.

Such a stringent control imposed by RBI on PMC has left its customers berserk and the economy in sheer chaos.

Who Is The Most Affected?

Undoubtedly, anyone who happens to be a depositor at PMC is affected and will be facing consequences of the illicit activities conducted by the bank.

It is reported that 3 people who happen to be existing customers of PMC have died due to cardiac arrest. The reason for their death is linked to the tremendous stress these people have been undergoing after the PMC scam was exposed.

The family of the deceased accused the bank for their deaths as they lost all hope about getting their money back which consequently resulted in a heart attack.

“Many retired people have their accounts there, many are struggling. How do you run the house? People have deposits ranging from Rs 10 lakh to Rs 2 crore stuck at PMC Bank. One of my friends was to undergo operation,” says one of the protestants at a candle march held for the deceased.

Overall, it is an alarming news for the common man who entrusts the bank with his money only to realize how his bank is cheating him in a covetous way.

Such a scam has been an eye-opener for the Indian citizens out there and since then questions regarding the ‘safety of the customer’s asset’ are in the limelight.

And why not? The twisted laws and celebrated treachery existing in the country come at the cost of a common man’s well-being.

While the entire country is mourning over the restrictions being imposed by RBI, they are not aware that the worse is yet to come!!

You heard that right, in case PMC is not able to stabilize its position, the bank is probable to undergo liquidation.

FYI: liquidation is the worst nightmare for a customer!!

In layman terms, it means shutting down the bank forever. Undoubtedly, the customers would be the worst sufferers in a situation like this. I don’t find the law that talks about the liquidation of a bank justified enough.

What You Need To Know

All Indian banks are registered under DICGC (Deposit Insurance and Credit Guarantee Corporation) which acts as a protective cover for a bank heading towards liquidation.

Under the DICGC coverage act, each depositor in a bank is insured up to a maximum of Rs 1,00,000 (Rupees one lakh) for both principal and interest amount held by her in the same right and same capacity as on the date of liquidation/cancellation of bank’s license or the date on which the scheme of amalgamation/merger/reconstruction comes into force.

DICGC here with such a provision is indirectly answering our ‘BIG’ questions by hinting that there’s a limit to security when it comes to bank deposits, and that limit is 1 Lakh per account.

Such a resolution sounds more like a mockery to a country that happens to be the 6th largest economy in the world, and holds a share of 550 million accounts, constituting to a GDP of 2.30 trillion dollars. But sadly, in this large economy, its bank guarantees a security of only 1 Lakh INR in case of financial irregularities.

The current situation turns out to be a big lesson and an eye-opener for those depositors who put on a significant amount of savings in lightly regulated cooperate banks in hope of a higher return.

Not only this, it opens up an evergreen debate over the safety available for depositors in the case of a failed banking system.

Here’s a graph showing how rising non-performing loans are a cause of increased fraudulence in the banking sector.

Sadly, the system doesn’t permit a robust safeguard for its existing customers’ savings which makes me wonder about the failed business banking model being followed for decades.

As long as we consider PMC bank, the customers are likely to suffer in silence whilst a financially strong commercial bank is conjoint with the same.

Till that time all we can do is mourn over the lives lost and wonder if its high time to look for alternatives that ensure financial security because the existing ones have failed to do the same.