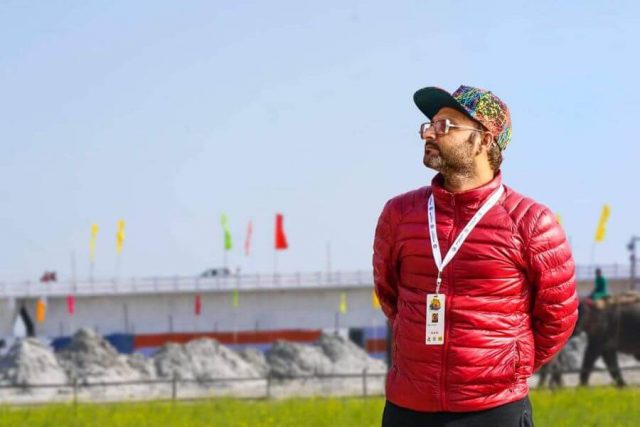 August 9: He has walked his journey as a producer exceptionally well and is aiming at giving engaging content throughout, going forward.

The entertainment industry has introduced many individuals who have showcased their work which has impressed the audiences. Amongst this talented crowd is one name who has aced the film production game by giving some entertaining films which have drawn wide attention, we are talking about Raj Khatri who has done some exceptional work in the past and is now gearing up to race ahead of all in the film production space. He officially stepped into the film industry, the Hindi film industry to be precise in 2008, soon after he graduated from the New York Film Academy (NYFA), London campus. His first project as an associate director was with Vashu Bhagnani’s Puja Films, where he was involved in the making of the film ‘Kal Kisne Dekha’.

His stint at the production house helped him grasp the nitty-gritty’s of film production and fuelled enough confidence in him to test his expertise as a freelancer. What followed were a number of television commercials where he presented himself in different capacities, right from casting to directing. He was fortunate enough to join one of Bollywood’s leading production houses, Yashraj Films where he gradually learnt the ropes of the trade, gaining vast experience in various spheres that were involved in film making. “I got tremendous exposure while working at the production house where I mastered the art of production to its extreme,” claims Raj who went ahead to form his own production house Raj Khatri Films Pvt. Ltd. in Mumbai and London. Thereafter, he has been in charge of the entire workings of his company, having produced some quality films, including the widely appreciated film titled Phamous.

His vast creativity backed by his entrepreneurial skills helped him lay a strong foundation for multiple organizations and event management companies which hold large scale events across the country. Apart from managing his entrepreneurial career, Raj is also involved in philanthropic activities that are involved in causes like women empowerment, child welfare, gender equality and much more. He is looking forward for the release of his latest feature film Dilphire which he is sure will be liked by the audiences for its fantastic storyline and direction.