For more than a decade, the Palnar village in Dantewada district of Chattisgarh had been infamous for being the hotbed for Maoist activities.

All thanks to the Naxalites, who were responsible for keeping an eagle eye on every single activity within the village.

Even a simple chore like a visit to a hospital required the villagers to seek their permissions.

But, with the course of time, things have gradually fallen into place, and the terror has subdued.

However, the area is still sensitive and of late, CRPF is acting as a bulwark to things.

Deplorable conditions in the village:

The developmental process of Palnar has not been at par with its neighbouring villages due to such terror-stricken and deplorable conditions prevailing.

There was, and even now, no Internet and mobile connectivity available. The nearest ATM machine and the closest bank branch are more than 22 km away. Even the road connectivity has been churned out recently. Digitalization, in the wake of demonetisation:

But, things changed after demonetisation- the night of 8th November 2016, that became a tipping point to bring a revolution in the village.

However strange it may sound, but due to lack of connectivity, the village caught sight of this news about three days later as compared with the rest of the country.

Like all Indians, the villagers too wanted to get their old notes exchanged, but it had huge opportunity costs involved- from travelling to forgoing their daily wages.

It was at that point when the district administration realised the importance of digitalization as the only solution that could fill the banking void and other loopholes.

Also Read: Life’s Wonderful – 5 Ways to Ensure This Even After Retirement

Creation of the digital web:

With no Internet connectivity, no mobile coverage, nil digital literacy and poor infrastructure, digitalisation though, at first, seemed like a far-cry but wasn’t impossible.

Dantewada’s district collector, Sourabh Kumar learned that the Essar Group was running some quarrying operations in the nearby vicinity, and had installed 10 Mbps optic-fibre connection in the area.

As a result, he approached and requested them to extend their network to Palnar. Fortunately, they agreed and later on BSNL was also contacted to set up a Wi-Fi hotspot zone at the weekly market centre.

With the foundational infrastructure available, the administration decided to get the local youth engaged and trained them, giving birth to its own digital ambassadors who could now get their fellow villagers acquainted with the aspects of financial and digital literacy. From door-to-door conversations to street plays, a wide range of tactics was employed to spread awareness about Micro ATMs, Aadhar Cards and biometric fingerprints’ identification process.

Representatives from the administration conducted regular meetings with the local people to stay connected and updated with the process.

Banks were also roped in to ensure the availability of RuPay Cards with every person maintaining his personal Jandhan bank account.

The shopkeepers were also trained intensively about the digital payments’ metric.

Within a few months, the shops doubled in number, around the places where deposits and withdrawals could take place through micro-ATMs.

This improved digital literacy and constant encouragement by the administration paved the way for digitalisation. Post-demonetisation, within a span of just 11 months, the village registered cashless transactions worth Rs. 14 lakhs.

Today, every single shop in the village is enabled by the metric of accepting online payments and interestingly, financial transactions for all the local fests, marriages and other activities, are also digitally performed.

Despite the absence of Internet connectivity, and even with such a volatile political climate, people in Palnar are now connected with each other on WhatsApp as well.

In the nutshell, there won’t be an exaggeration to say that Palnar serves as a quintessential example for other villages in the country to follow suit.

This motivational real-life story indicates how odds can be beaten successfully to go digital and achieve the target.

Sources: Your Story, The Better India, The Economic Times +more 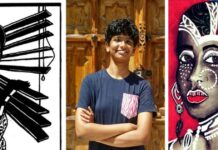 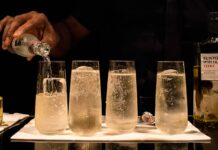 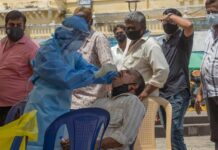