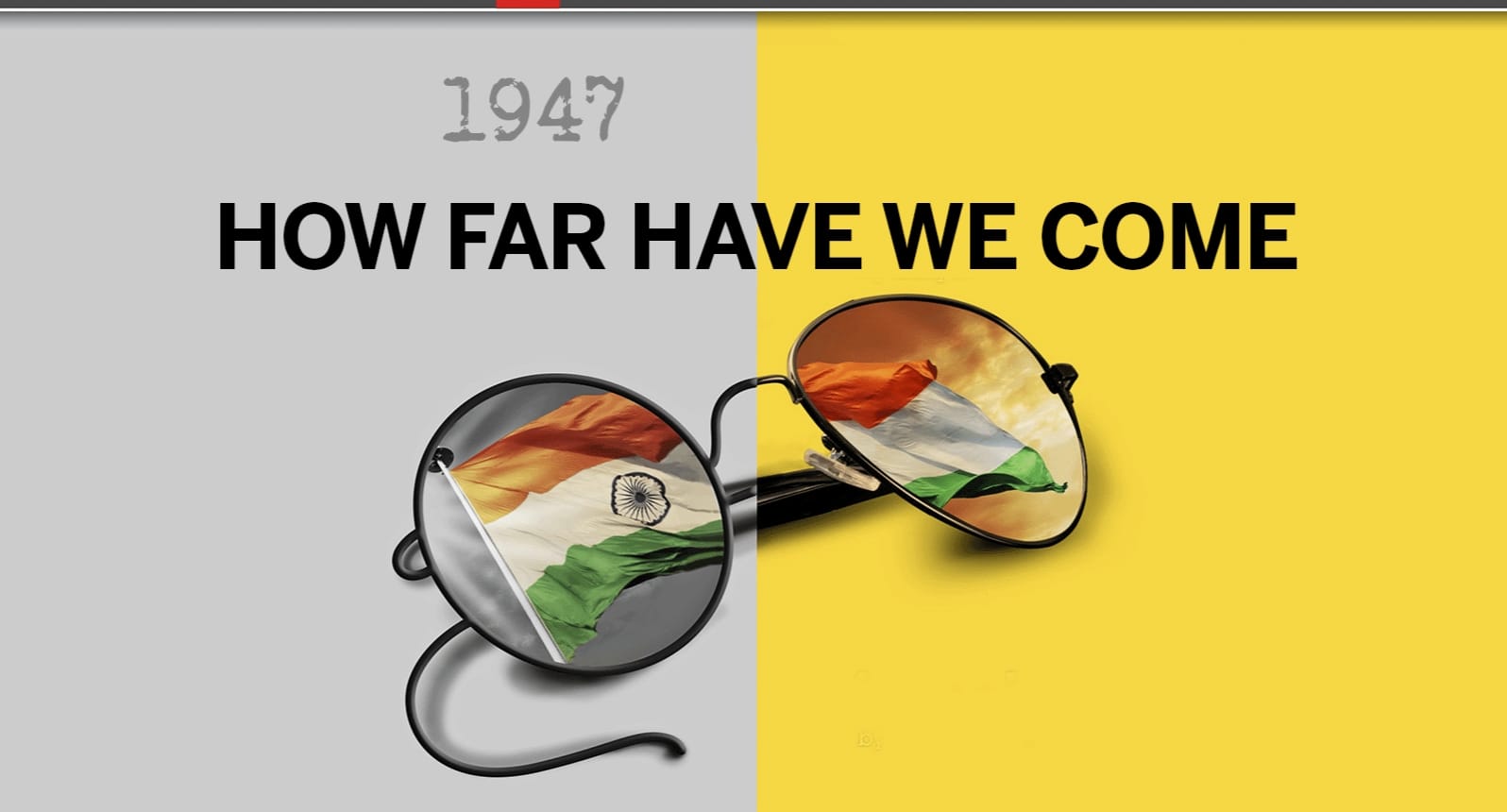 India has witnessed 70 long years of independence, this country has come a long way since 1947, in more ways than one. India has managed to improve life expectancy, literacy rate, but it has been a bit slow in increasing the level of income and reducing infant mortality rates. 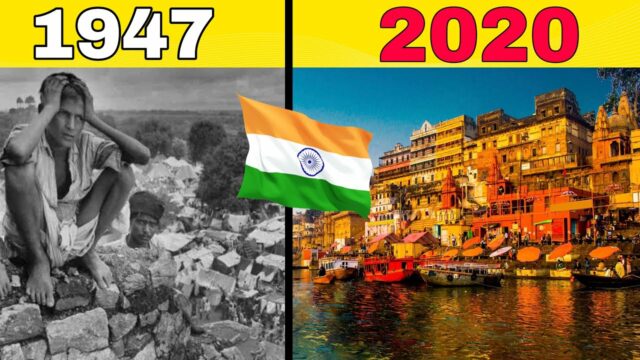 Before India got independence, it was a low-income, high-fertility country with poor life expectancy and a high mortality rate. But now it’s started to look good on many health indicators, when compared to several other nations, such as China, Pakistan, Malaysia, etc.

Here are 5 ways that show India is healthier and wealthier now than it was in 1947.

Since the 1950s, India’s life expectancy has increased from 37 years to 69 years. There is still scope for improvement, but the fact that this is one of the greatest achievements for India cannot be ignored as well. The death rate that used to be around 45 per thousand, has gone down to just about 8 per thousand. 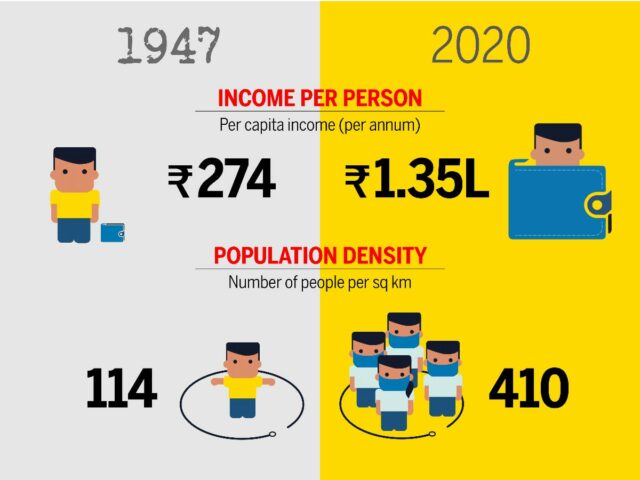 The hundreds of millions of people that would have died in earlier times are now still alive. This could have called for a celebration but when are Indians happy at anything? Some still gloomily talk about population explosion and imply that India would be better off if it had millions more dead.

Median Age Up In A Still Young Country

Median age is the age that divides a country’s population into two halves, younger and older than it. In the 1950s, India’s median age was below 20, a level seen across most of Africa now. While India’s median age still falls among the youngest in the world, it has increased from 21.25 years in 1950 to 28.43 years in 2020, growing at a 2.15% rate.

Due to the increase in population over the past years, the age distribution falls in the favor of a younger age bracket. More young people would mean the economy must be able to support a larger number of students, who need education but cannot work yet. They are going to be the future workforce, educating them will be important for huge economic returns for the nation.

Also Read: World Population To Decrease For The First Time In Centuries

India’s total fertility rate– births per woman–has declined from 5.9 in the 1950s to 2.2 now. It is among the lowest in large Asian countries. Fears of a ‘population explosion’ have faded. There still might be a rise in population as people are expected to live longer than usual but this rise will be slow and will peak off much earlier. 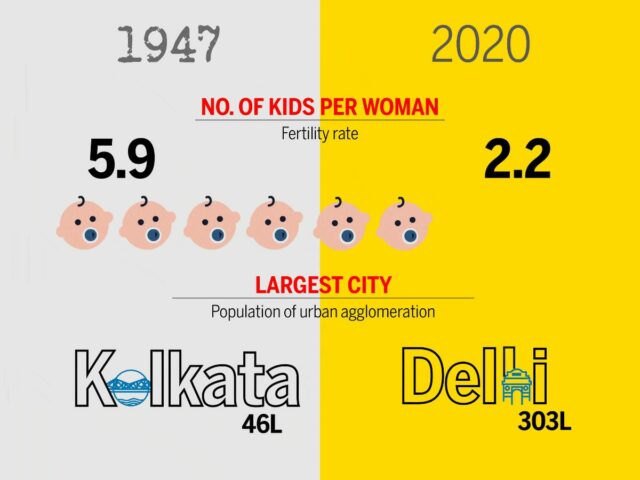 India’s infant mortality rate (IMR) is the number of babies per 1000 who died before the age of one. In 55 years, IMR fell from 165 deaths per 1000 kids in 1960 to 38 deaths in 2015, this is the latest data presented with the World Bank. This also indicates an improvement in health systems, good child health, and proper availability of quality health services. 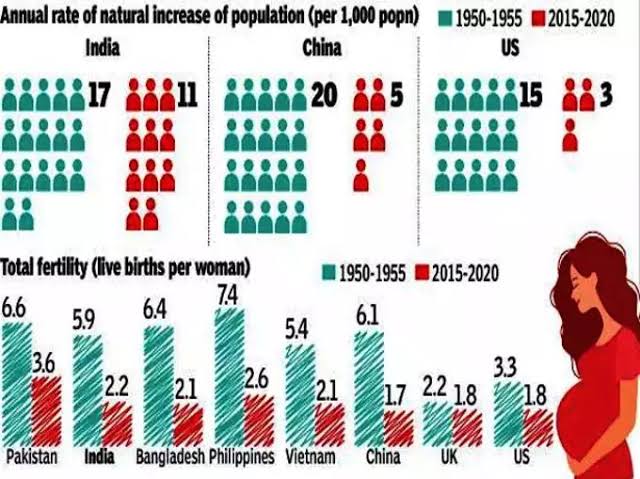 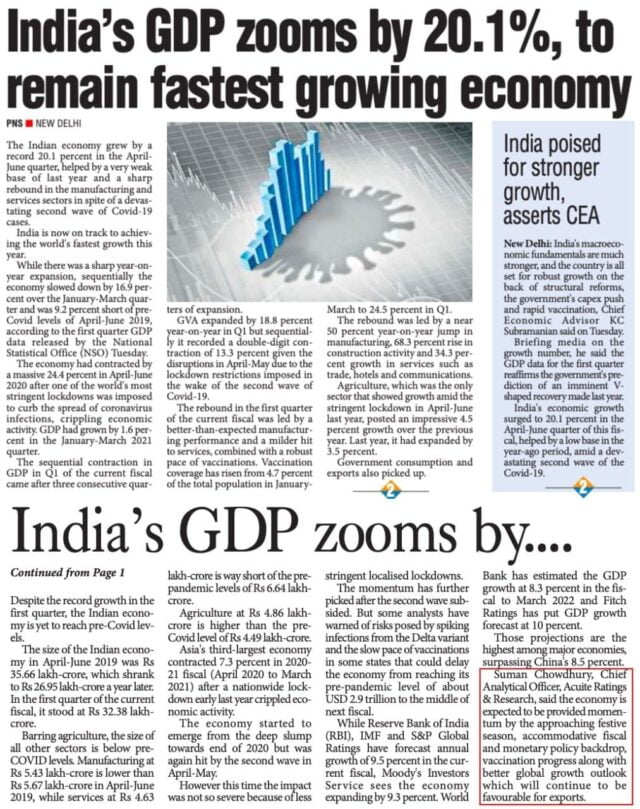 The Indian economy estimated growth of an average of 4.7% per year, after liberalization in 1991, but it grew to an average of 7.5% every year.

India is still a bit behind as compared to the other nations but is hoping to catch up soon.

ED Originals Rishita Sengupta - January 23, 2022
FlippED is an ED Original style wherein two bloggers come together and share their opposing or orthogonal perspectives on an interesting subject. So when society...

Reviews Brand Voice - January 22, 2022
Mumbai, January 22: The death of Sushant Singh Rajput had shaken everyone from Bollywood to media to even common people. With the death of...