Home Lifestyle 300+ Employees Fired By HCL Technologies For THIS ONE Reason, Reportedly 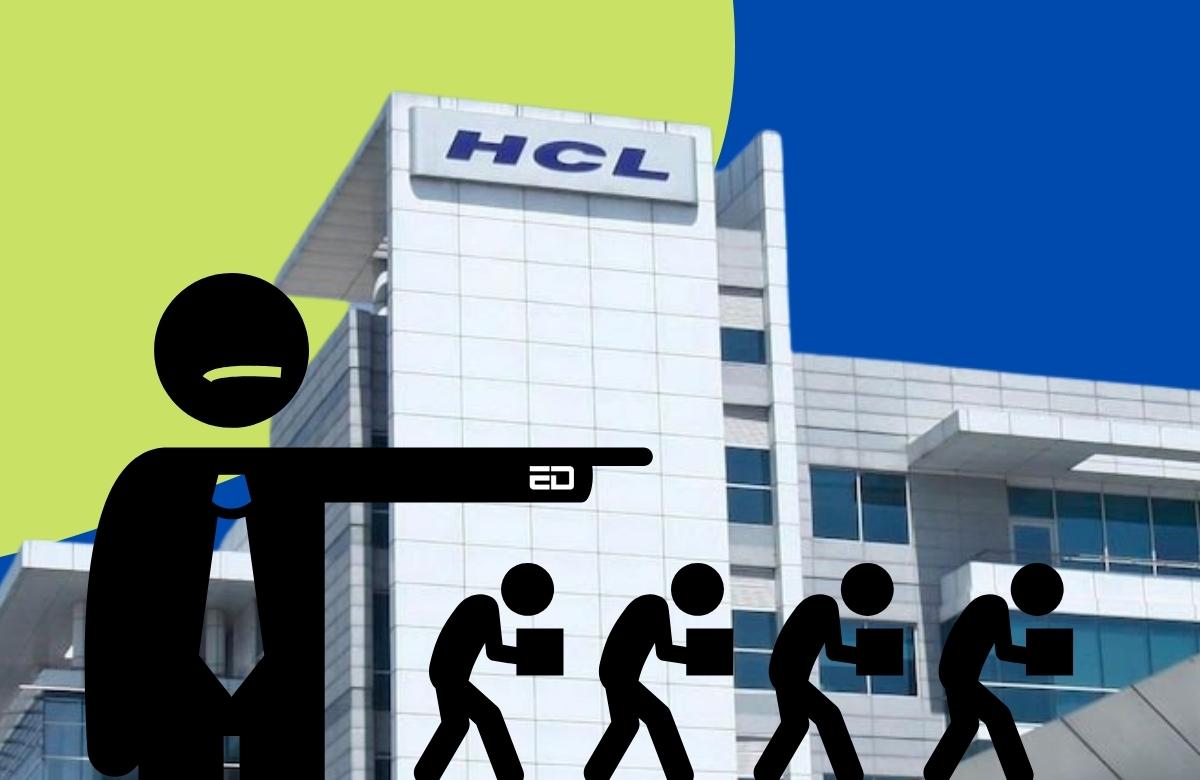 The firing of employees is nothing new these days. In May, a Business Insider report revealed that till that time over 8,000 employees had been fired by multiple Indian startups and companies.

Even these days there are constantly news reports of Indian companies firing these many people and the reasons for those are a wide variety from employees not agreeing to modified guidelines, departments being closed, profits not being made and thus companies having to downsize and more.

One or two employees here and there being fired from a company is nothing to raise eyebrows about unless its due to unfair reasons or so. However, the recent firing spree we are seeing, where companies are laying off hundreds of people at once is concerning to see.

The latest to join this is HCL Technologies which has as per reports fired over 300 employees in a single move.

Why Did HCL Fire These Employees?

HCL Technologies, called India’s third largest software exporter has reportedly laid off around 350 employees from across the globe. These employees had been a part of the Microsoft account, a client of HCL, and were in charge of the news related products.

The news was first broken by Moneycontrol who spoke to one of the employees laid off from their job at HCL.

As per the employee, one of the reasons for the firing was “Microsoft had an issue with the quality of work. We used to monitor, curate and edit content for its news platform MSN from across countries like India, Europe and the US. They had recently automated the process as well for global news monitoring. Prior to this, two years ago, Burda Media was managing this site.”

Read More: With The Great Resignation Wave, Employers Need To Pay Attention To The Psychological Needs Of Employees

Employees from Guatemala, the Philippines, and India among others were the ones impacted by this layoff and were informed about this during a town hall meeting last week. The employees will be working till September 30th, that being their last day. One thing fortunately for the employees is that they will be given severance pay.

HCL on the other hand has not yet commented on these layoffs, why they were done, the issue with the employees and have given vague statements. An HCL spokesperson stated to Moneycontrol that “Our Technology & Services vertical continues to see robust growth and is one of the fastest growing segments for us.”

However, certain reports believe that one reason for this could be that HCL’s contract is ending or has already gotten over and now Microsoft will be looking for some other vendor their work, Accenture’s name is being thrown around for this.

So one could theorise that with the contract over HCL did not want to keep that team on anymore since they wouldn’t be doing the work they were employed for any longer.

Four Of Every 10 Employees In India Show High Levels Of Burnout, Stress Due To Toxic Workplace Culture