Home Lifestyle 150 Years Ago, A Philosopher Showed Why We Can Never Win Arguments... 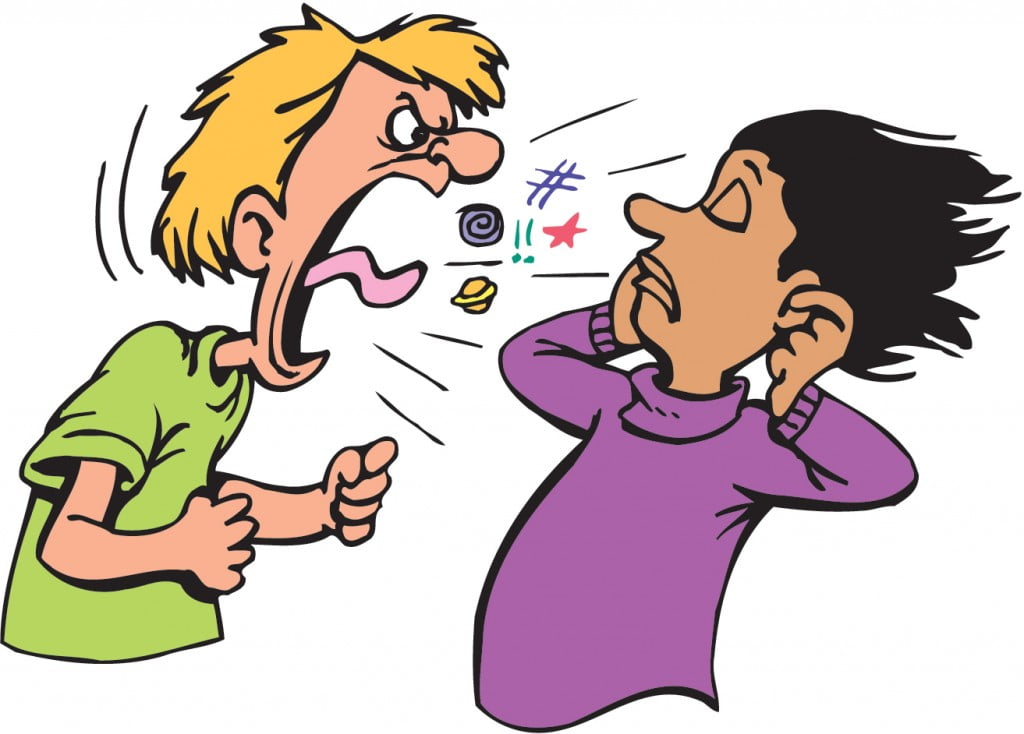 Engaging in arguments on the internet is like banging your head on a concrete wall: it is idiotic, a total waste of time, and it will leave you with an excruciating headache.

The worst part is, you will always find someone wrong on the internet. But, the truth is that there is no point in trying to correct them.

Arguments on the internet may range from smaller nit-picking about the ending of Final Destination 3 to larger ones about the nature of human identity.

But once engaged, every Twitter and Facebook storm ends up going the same route: increasing bitterness, questionably cited “expert” opinions, the enlistment of like-minded thinkers along battle lines, and, inevitably, someone calling someone else Hitler. It always goes to Hitler.

John Stuart Mill, a British Philosopher claims that opinions are rooted in feelings, rather than facts. These opinions only become stronger as counter-arguments are laid against them.

As historian Robert Saunders notes, Mill’s analysis neatly applies to today’s intense and useless internet debates. Mill says, if opinions were based solely on facts then conflicting claims would shake the foundation of held opinions. 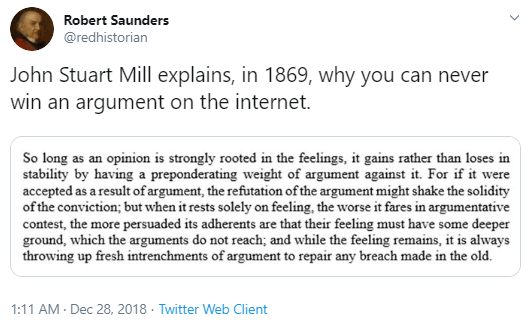 But, because these opinions are based on feelings, contradictory points of information do not change these opinions, but only cause people to dig deeper into their emotions to hold onto those views.

Naturally, the vast majority knows that feelings inform opinions. This is why we see politicians on televisions and intellectuals on Twitter use rhetoric, passionate remarks, and confident mannerisms to convince others of their views.

Also Read: Theory Of Reverse Psychology & How To Make It Work For You

Various studies establish the idea that emotions help form opinions. According to a study conducted by researchers from the California Institute of Technology, it was seen that patients with brain damage in areas responsible for processing emotions had difficulty making decisions.

Psychologist Rob Yeung’s book “How To Stand Out” states that emotions and use of poetic devices such as metaphors are more effective than logic in convincing others to agree with you.

While there is little hope of convincing others on the internet to change their minds, Mill gives us an alternative. 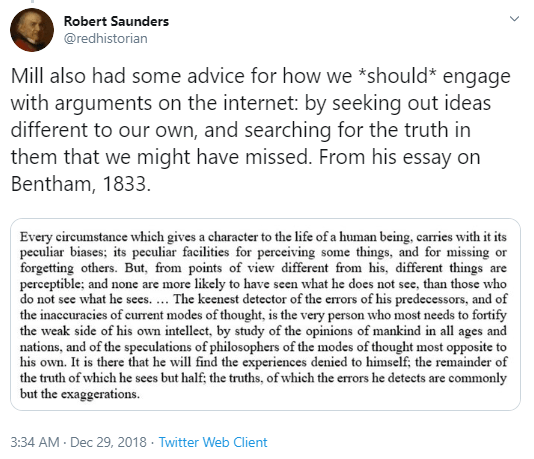 We can be open to changing our own minds, and look for information that contradicts our own firm opinions, instead of trying to convince others.

Maybe we will realize that those who disagree with us also have a strong understanding of the facts and, there might be a little possibility that we are the ones who are wrong, after all.

What Exactly Makes A Thing A Part Of Popular Culture?