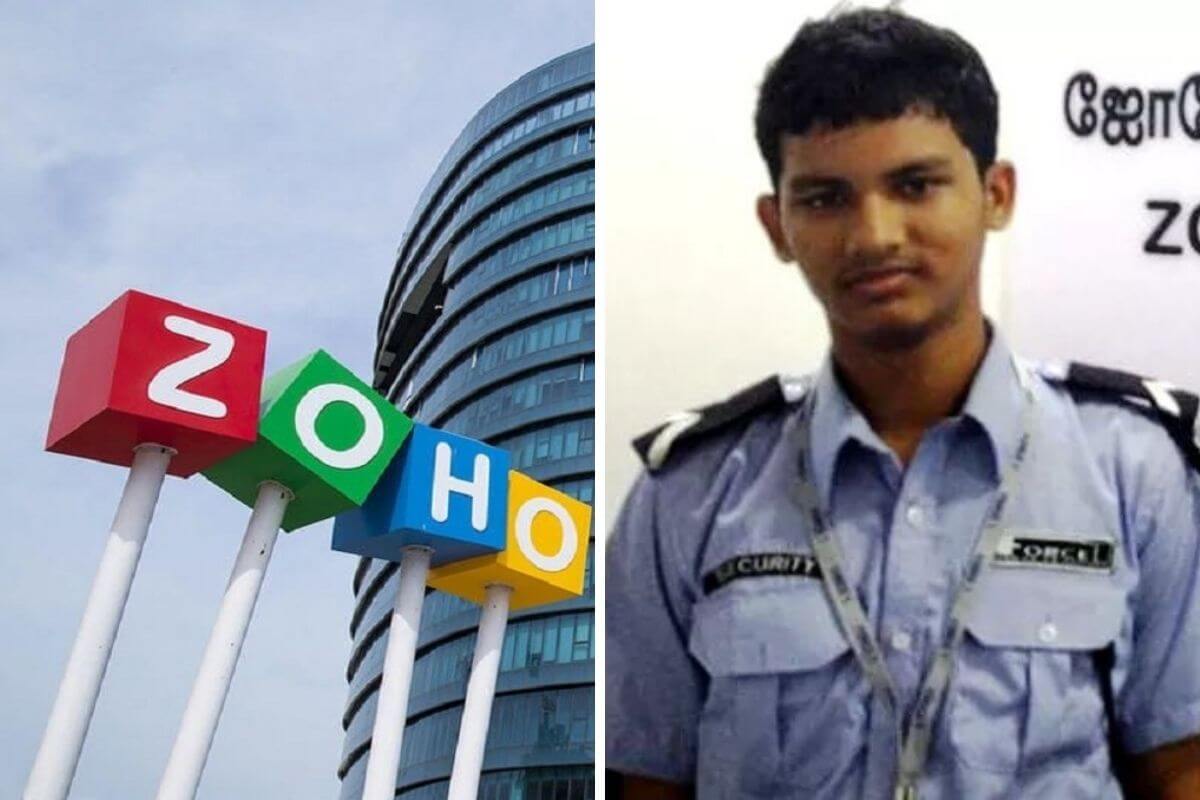 Social media was at its wholesome best when Abdul Alim’s story, which he shared on LinkedIn to commemorate his 8 years with Zoho Corporation, went viral.

In the post, Alim, originally from Assam, shared his journey from being a 10th pass security guard to a software development engineer in the same company.

Sharing his inspirational story, Alim expressed that he only had a bare minimum of ₹200 after spending ₹800 on a train ticket when he left his home. For two months, he did not find any work. Finally, he found a job at a security desk.

He worked at the security desk of Zoho, a company that specializes in software development, cloud computing, and web-based business tools, until a senior employee spotted him.

Spotted By A Senior Employee Of Zoho

After spotting Alim, the senior employee named Shibu Alexis inquired about Alim’s qualifications and if he was interested in learning more.

“One day, one of the senior employees of the company, asked my name and said – Alim, I can see something in your eyes (sounds filmy I know). He asked me about my studies and my computer knowledge.

In school, I learned a little bit of HTML. Then he asked me If I want to learn more, and this is how My learning began. Since every day after completing my 12 hours security shift, I went to the senior and learned.”

Alim mentioned in the post that he could have never imagined that he would ever be asked for an interview as he was a school dropout.

He further added, “He asked if it is possible to interview me. I thought I will not be interviewed ever because I did not go to any college and studied only will 10th.”

It’s The Skill That Matters

“He told that in Zoho You don’t need a college degree, What matters here is you and your skills. And the day came, gave the interview and ..passed it. Today it is my 8th year in Zoho Corporation.

I want to thank Shibu Alexis (the senior employee) for all the knowledge and lessons and Zoho Corporation for allowing me to prove myself. And on the final note, It is never too late to start learning.”

In a follow-up post, he added, “I wanted to write more. But due to character limit in LinkedIn, I had to shorten the post. And I am sorry for my poor English, I was in a different medium in the school (Assamese). And English was a bouncer subject for me. Thank you everyone one for your kind words.”

For Alim, his story is nothing less than a miracle. He ended his post on the note that “it is never too late to start learning,” a lesson we all must learn. It was only for Alim’s dedication and zeal to learn that he could manage to be at the position that he is today from his humble beginnings.

What do you think about Alim’s success story? Let us know in the comment section.

Meet Raju Jangid: From Carpenter To Wikipedia Editor Who Got Gifted Laptop And Free Internet