Home Politics 10 Govt. Agencies Can Now Access ANY Info Even ‘Saved’ On Your... 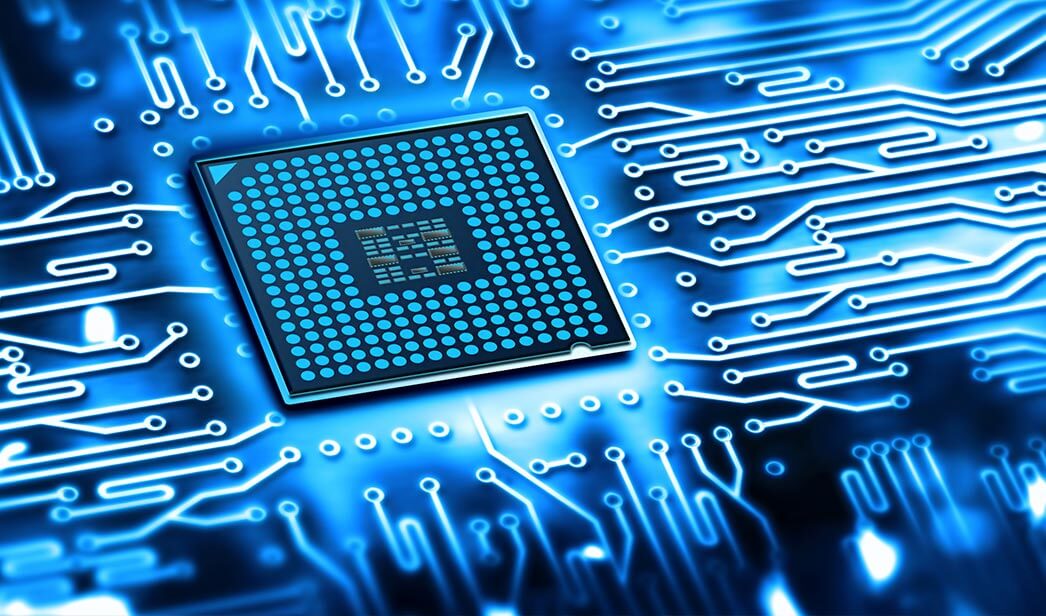 According to a notification issued by the Ministry of Home Affairs on 20th December, 10 central agencies are now empowered to intercept, monitor and decrypt “any information generated, transmitted, received or stored in any computer”. 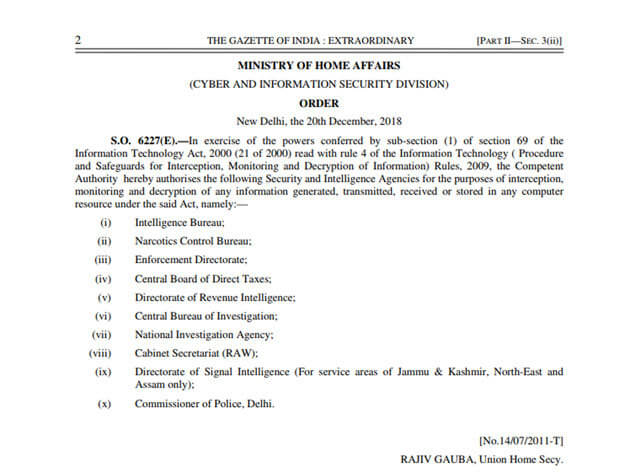 Both these provisions state that the central government can give special authorization to any agency in order to protect the integrity and sovereignty of the nation, for defence purpose, to maintain public order or for any other purpose as mentioned in the section.

Earlier, only data in motion could be intercepted but now even data revived, stored and generated on a computer can be found and seized by the agencies.

The notification makes it compulsory for the subscriber or service provider or owner of the computer resource to facilitate the agencies and provide required technical assistance as and when needed. Non-compliance of this would attract punishment or fine or both.

On one hand, the government popularises that it has worked for upholding the rights of the people and on the other, it gives autocratic powers to its agencies without any system of checks and balances to invade the personal space of any individual as per their convenience and have a sneak-peak into their personal life. By such a move, I personally feel robbed of my rights.

Somewhat similar was the statement of Congress leader Ahmad Patel which he gave to ANI while speaking on this notification, “The sweeping powers given to agencies to snoop phone calls and computers without any checks and balances is extremely worrisome. This is likely to be misused.”

What Would Be Its Effects?

This “extremely worrisome” move is expected to have a 4-fold effect.

1. Any information stored on your computer is no more secure. The ambit of interception has extended from calls and emails to even personal computer files.

Our so-called ‘Study Material’ is no more secure. 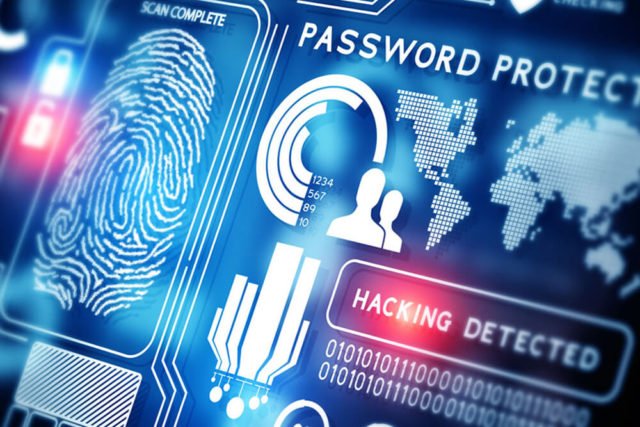 2. This move is, no doubt, going to give a major boost to intelligence agencies in terms of tracing blueprints of anti-social and anti-national activities. It would not only help them in avoiding such incidents and getting hold of culprits but would also serve the need for evidence.

3. With the coming of this notification, the personal data files pertaining to tax evasion would no more remain secret. CBDT is one of the agencies enlisted in the notification and would have access to personal as well as hidden files.

This can be considered as a positive effect because, in a country like India where out of 3.7 crore individuals filing the income tax return, only 1.72 Lakh people declare their income to be more than 50 Lakh, it is obvious that tax evasion is rampant.

Such a power given to the CBDT to sneak into files of tax evaders will help in increasing the revenue of the state, thus helping in nation-building.

So now, computers are no more a safe means to keep a tally of your ‘extra-income’.

Read Also: Time’s Up For Indian Men Who Don’t Support Women And Their Causes

4. Apart from the other effects, the major concern is that such a power to the central agencies is a blatant breach of Right to Privacy.

The Right to Privacy is no more than a mirage when any agency can access my computer and the files stored in it without my knowledge.

Rober Scheer in his book “They Know Everything About You” laid out how US federal agencies misuse the power of surveillance given to them.

With such a power entrusted in Indian agencies, abuse of power is sure to happen. Such an abuse would certainly be difficult to get rid of in future.

The authorization given to central agencies under this notification is sure to give them more power and would ensure better maintenance of public peace and security, but will also have an adverse effect in the long run, unquestionably.

This negative aspect shall not be ignored by the MHA.

The Ministry of Home Affairs has given a clarification on surveillance notification. 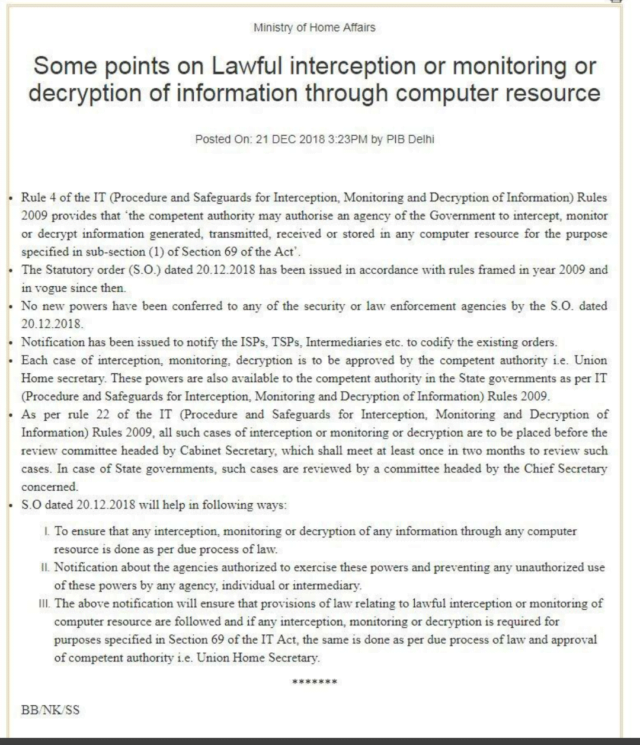 According to the latest clarification, each individual case would require the assent of the Ministry of Home Affairs.

So now, it can be said that it is in the hands of MHA to decide who gets tracked and who doesn’t. This clarification boosts my confidence in the fact that this power is for nothing other than political use.