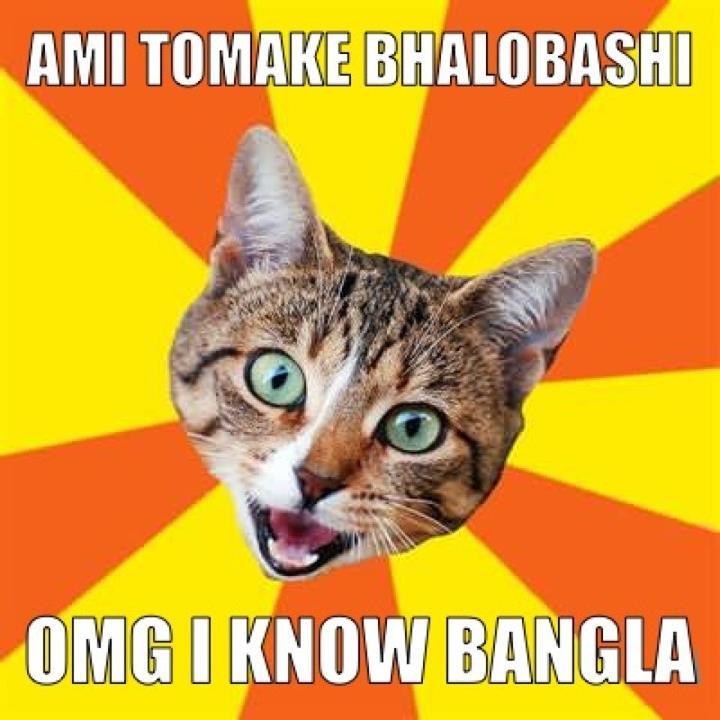 I am a Bengali.

What is the first thought that comes to your mind when I say this?

Korbo Lodbo Jeetbo Re? Or you start imagining me stuffing “rosh-o-gollas” inside my mouth right away?

Every community and religion goes through a generalization process by which we assign them certain stereotypes which may or may not be true. That’s quite understandable. It is also understandable that when we hear about a particular community, we paint a picture in our minds as to how these people should walk, talk and look like.

But it becomes unbearable and visibly annoying when these stereotypes get thrown in your face whenever people get to know you belong to a certain community or speak a particular language. I am honestly tired of the common jokes I have to hear when I tell people I am a Bengali. It would have really helped if they could just ignore the fact altogether.

Allow me to share some of the stereotypical jokes I have come across till date.

Also Read: No Country Has Ever Used Purple In Their National Flag: Know Why?

1. When They Start Talking In Their “Out Of This World” Bengali

One thing that I am particularly pissed about is the lack of originality among today’s youth.

I mean c’mon dude, if you want to make jokes about me being Bengali and try to be funny, you got to show some creativity and invent your own goddamn jokes okay!

Even I would appreciate that seriously!

But all I have seen is that whenever I tell somebody I am a Bengali, he/she starts speaking in some strange alien language which they think is Bengali. And this mainly includes him/her adding ‘Os’ after every single word. Nothing else.

Oh, and you have to hear this one.

Since the day I told my gym instructor I am a Bengali, he has been bestowing upon me that dialogue from the film Bhool Bhulaiya, “Aami je tomar chhhin chhhin chhhin, rokto paan korbo” which is like too much to handle now! Bengali is a beautiful language which deserves some amount of respect. Don’t degrade it by making it your own version of some silly badinage. I would even suggest you to learn the language. Only then you will understand how refreshing and soothing it sounds to the ears. And trust me Bengali is one of the easiest languages to learn.

2. Do You Pronounce Your Name As Snehooo… Rather Than Sneha?

Another common joke that people just ‘lou’ to make is rounding their stupid mouth around every effing word they say when I mention I am a Bengali. Because they “assume” we add the letter ‘O’ at the end of every goddamn word. If you had to assume something you could have assumed we are superhumans! *just saying*

And when you get to names, there is no stopping. People flood me with jokes like:

“Is it true that its obhijeet not Abhijeet?” Yes.

“Do you pronounce Priya as Priyoo too?” No.

“Do you say Ponkoj instead of Pankaj?” Not anymore.

Even if we do there’s nothing to laugh about. We have the freedom to say whatever we will.

First of all, it’s “maach” not macchi for God’s sake.

Since school days, people used to come up to me and ask whether I eat “maachi” day and night with a look of subtle disgust maybe as if that’s some kind of drug I have been taking all these years.

I love fish. It’s a very important part of my lunch, dinner or whatever. And I am proud of it. So shut up about fish!

4. You Are Bengali? You Look Assamese

I can’t remember the countless times I have heard this one. Some even make me a non-Indian altogether, branding me as a Nepali, a Mongolian or a Chinese (this one was said during my school time only by the way).

But, just because I don’t have the clichéd “larger than life” eyes, doesn’t make me less of a Bengali.

Bengali is not just a language, it is a whole culture in itself. One that is so rich that my chest expands with pride whenever I say I am a Bengali.

So there goes my bucket list of some of the most banal and pathetically stereotypical jokes I have come across.

Hope you liked it.

Watch: How To Impress Bong Girls 101

BeautyKart, Co-founded by Santhoshi Reddy emerging as India’s most loved Destination for All Things...

Reviews Brand Voice - May 21, 2022
Last year, BeautyKart accomplished the milestone of serving as the most loved one-stop destination for beauty and personal care in India. This year, it...