Home Entertainment Why Are We Focusing On The Negative & Not The Inspiring Things... 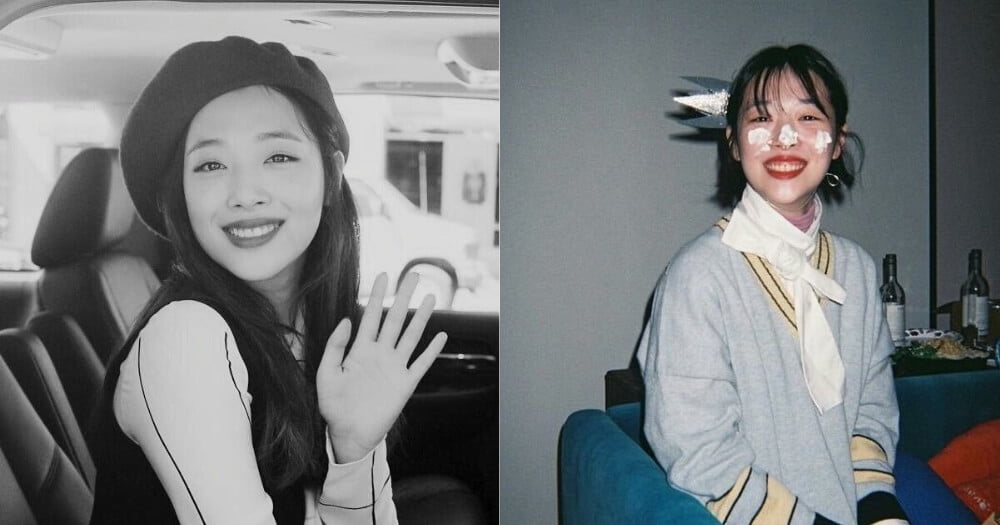 Disclaimer: Trigger warning due to mention of suicide, depression and cyber bullying.

The first time I came across Sulli was while watching an episode of the K-Drama ‘Hotel Del Luna’. 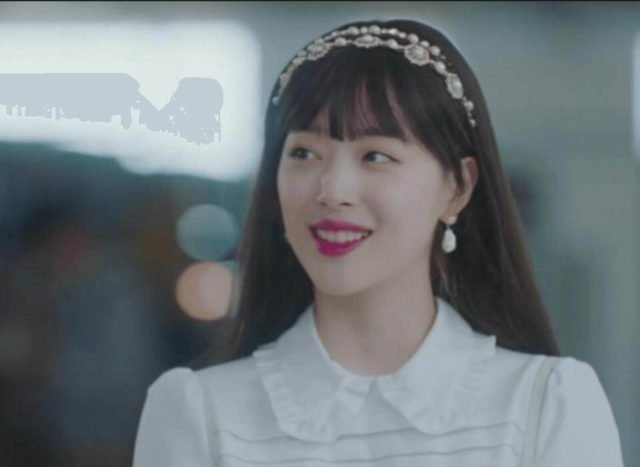 So it was a shock to me when I came across the news of her passing away yesterday.

Sulli or Choi Jin-ri, a South Korean actress, singer, songwriter was found dead in her apartment by her manager on Monday afternoon.

The 25-year-old was a former member of the K-pop girl group f(x) when she left it in 2015 to pursue a career in acting. She had recently gotten back into music when she featured in the 2018 song ‘Dayfly‘ by Dean and with the song ‘Goblin‘ made her solo debut in June of 2019.

She was quite popular among both drama watchers and K-pop fans who loved her for being quite open on otherwise controversial issues.

Was It A Suicide?

Currently the actual cause of her death is still unknown, but as per sources, Sulli was found in her apartment hanging from her second floor and thus police are investigating it as a suicide, although nothing has been confirmed yet.

Her death though has started an avalanche of conversation around the topic of cyber-bullying, depression and the mental health of artists and idols in South Korea.

It has even been reported that Sulli allegedly wanted her managing company SM Entertainment to take legal action against the people who were commenting malicious or hateful things about her.

According to Busan Report, an industry insider revealed that, “Sulli went through a tough time dealing with malicious comments. She consistently asked her label to take action in order to deal with these comments.” 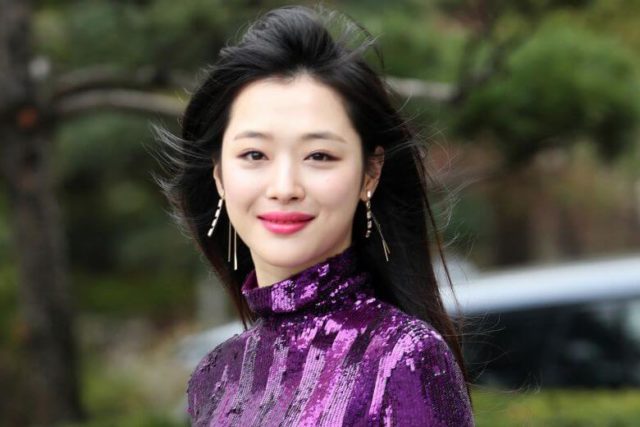 Where Does A White Songwriter Come Into This?

While people were mourning for the loss of a beautiful and talented life, I came across this post by a songwriter by the name of Melanie Fontana. 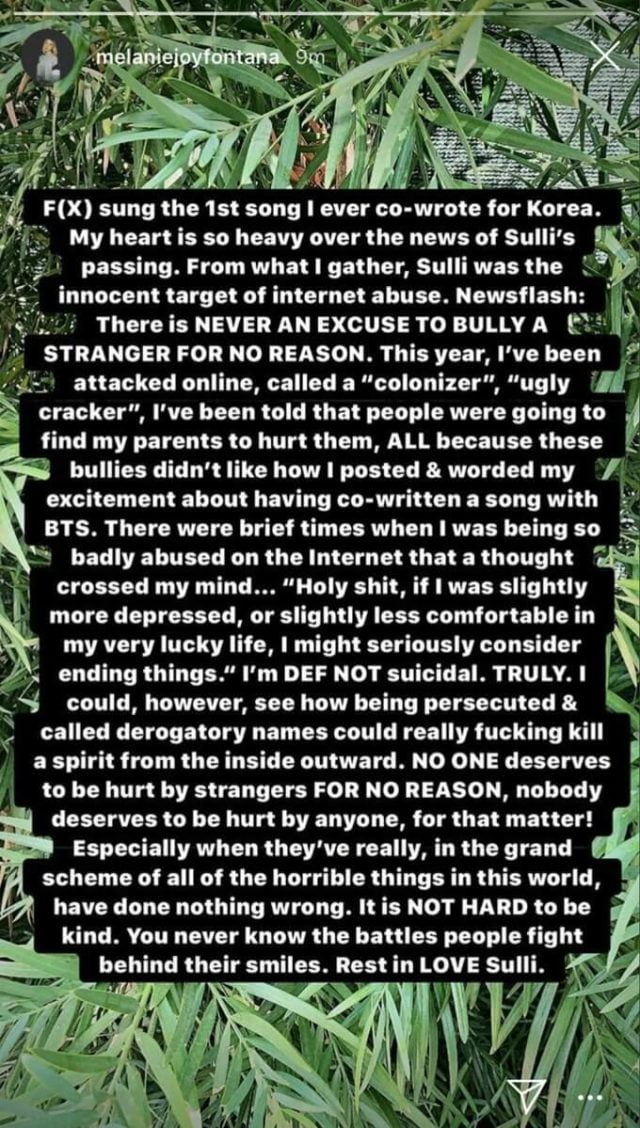 It seems that this post has angered a lot of people who are taking offence to the way it was worded and the timing of it.

melanie fontana couldn’t have just said her condolences and left, but she really had to make it about her AND drag bts into it. sick of her.

And to be honest, I somewhat agree with the reaction of the fans especially since this post was made by a songwriter who understands the power of words.

The very first line “f(x) sung the 1st song I ever co-wrote for Korea” sounds brag-ish. Instead it could have been framed like ‘my first ever song was sung by f(x)’ which puts the group in a powerful position.

She then proceeds to talk about how she herself was cyber-bullied recently and mentions Sulli only two times; once calling her a victim and in the last line. Ms. Fontana also weirdly name dropped BTS into the midst of this which is not only highly inappropriate but also insulting towards the deceased.

I don’t disagree with the message that cyber-bullying is a very real thing and even her experience with it is something that needs to be voiced out. However, the way the post was made all about her instead of Sulli, and seemed to stress on how she was also a victim did not sit well with me.

At least considering how it hasn’t even been a day since Sulli passed away. Nowhere in her post did Ms. Fontana mention anything about Sulli as a person or artist. Nor did she stick to just talking about the dangers of cyber-bullying.

Read More: K-Pop Group ‘The East Light’ Was Beaten With Baseball Bat And Tortured With Guitar Strings Tied Around Neck For Almost 4 Years

The Inspiring Things Sulli Did

It has been a difficult and trying time for many of her fans or even people who just looked up to her as an actor or human being.

I myself have seen many people in my social media take a break from the internet and mourn for her, further highlighting how many people she touched.

But I’m also seeing a lot of people focusing on the negative topics like arguing if she committed suicide or talking about what some random songwriter posted on her Instagram.

Instead, how about we focus on the inspirational things that Sulli did, whether it be to stand for women’s rights or have authority over her own body.

Wasn’t Afraid To Be Herself

The K-pop world is till yet quite heavily monitored, with idols and artists having to be very careful of what they say and how they say it.

However, Sulli was one of the few unique ones who never let this rule bind her, instead choosing to be open and true to herself.

Taylor Glasby, a music journalist on an interview with Radio 1 Newsbeat even said that, “She was one of the idols who decided to live her life in the way she wanted to and that didn’t always sit well with the general public.”

Calling her a “free spirit”, Glasby added how “She clapped back and she wouldn’t take people’s narrow-mindedness”.

Even when she left her group in 2015 she was open on how it was due to stress. She would also often go bra-less and faced a lot of criticism and hate for doing so.

In an episode of a South Korean variety show called ‘The Night of Hate Comments’, she said that, “Going braless is one’s freedom. When I upload my photos without a bra, people talk about it a lot. I could have been scared. But I [wasn’t] because I thought it would be nice if more people could discard their prejudices.” 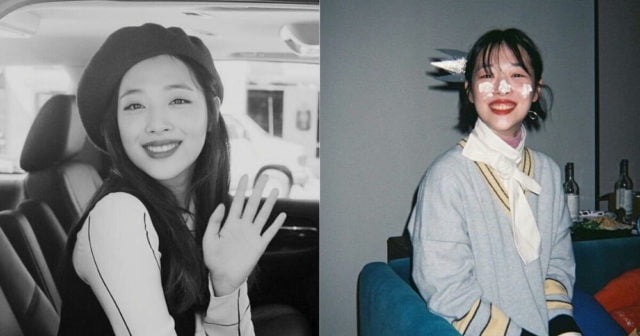 While feminism might be a proud tag around the world, in South Korea the term comes with a lot of stereotypes and prejudices.

So for a K-pop star to openly come out and call herself one and support women’s rights, taking a stand in front of everybody is not very common.

But Sulli did not let others hold her back and proudly stated that she was a feminist. She was also pro-choice which she further proved by supporting the lifting of the abortion ban in South Korea.

Not just that, she was also a defender of the no bra movement of 2019, for which she again received a lot of hate and malicious comments from Knetz.

the fact that sulli is literally inspiring a whole feminist movement in such a closed minded country regarding this and multiple important topics like south korea makes me feel so proud T^T having a controversy every time sulli or anyone else is braless is just overall stupid https://t.co/ndTc97CAVG

At a South Korean show she also specifically pointed how sexism and racism were the two things she disliked the most.

In a very bold and unconventional move, Sulli was quite open with her mental health struggles and being cyber-bullied.

Last year in October in a teaser video for the South Korean reality show Jinri Store, she spoke about how she suffered from panic disorder and had social phobia.

To be honest, while it is certainly an immense loss to many, hopefully the dialogue it has created will push people to change their perception of idols. It must also make the industry focus of on the mental health of the artists and prompt them to take action on time.