Home Politics When Terrorists In Sri Lanka Blasts Had Clearly Visible Faces, Then Why... 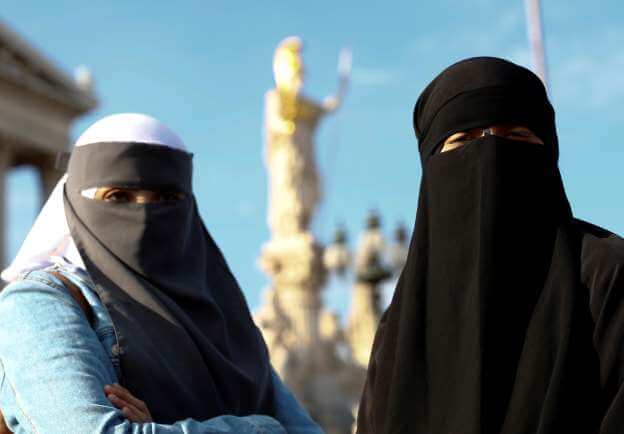 A preventive security measure or Islamophobic targeting of Muslim women – one wonders after the recent ban by the Sri Lankan government on any face covering that “hinders the identification of individuals that threatens national security.”

In the wake of the Easter Sunday suicide bombings that occurred last week, killing 250 people and injuring over 500, the President Maithripala Sirisena stated emergency regulations to impose this ban on women’s face veils.

Though the restriction does not specify which face covering; it clearly refers to the burqa and niqab worm by the Muslim women.

Muslims form a minor 10% of the population of Sri Lanka. Out of that small percentage, it is only some women who wear the face coverings or the burqa. These women in past have always cooperated with the security personnel for identification purposes. Several times they have been asked to show their faces, and they have always complied.

In that case, imposing an over-arching ban seems almost pointless.

Also, let us keep in mind the CCTV footages of the suicide bombers that surfaced after the blasts.

It was men in shirt and pants, with clearly visible faces that carried out the bombings, and no one with their faces covered!

Read More: FlippED: Our Bloggers Fight It Out On The Burkini Ban In France

The ban would come as a further segregation or cutting-out of Muslim women from the society. Muslim community women, who used to cover their faces for going to work, now find themselves helplessly caged in homes, as they do not feel safe to venture out without their niqabs or burqas.

Humans Right Watch has condemned the ban, saying – “That needless restriction means that Muslin women whose practice leads them to cover up now won’t be able to leave home”.

Muslim women, who have worn the face veil or the burqa for over decades now, are afraid to leave their homes. The burqa and the niqab are very much a part of their identity and self, as it is a part of their clothing. Suddenly imposing such a ban, even without consulting them or their representatives, is almost like stripping themselves of their very identity. This further increases their marginalization and makes them more vulnerable to attacks.

A women’s rights activist has condemned the ban and has said that it is nothing more than a “reactionary response” by the state, intending to draw attention away from the lack of accountability from their side.

When it comes to heated debates like this, can our ministers be far behind in commenting?

Following this, even Shiv Sena went ahead, asking for a ban on burqa.

Looking on the issue from the opposite angle, it is no doubt that the ban would be highly appreciable and welcomed if it stems from real security intentions and making identification of people easier.

However, if it is generated by extremist sentiments of hatred and woe against the minority Muslim community, it could have long term negative impacts the community and its participation and treatment in the society.

But who can tell what the real motives are?