Recently, the distance between BJP and Ramdev has become quite visible as Ramdev has been moving away from BJP, post-2019 elections.

Unlike the 2014 elections, Ramdev did not campaign with vigour for the Bharatiya Janata Party (BJP). The political arrangements had a huge impact on Patanjali as well.

There was a sudden rise in Patanjali’s revenue and popularity after 2014 which has seen a decreasing trend in the last 2-3 years.

The meteoric rise and fall of Patanjali

To track the rise and fall of Baba Ramdev and Patanjali, it is important to understand the chronology of events from the beginning.

Establishment of the company

The company first started as a small pharmacy in 1997 in Haridwar but gained its current name and agenda in 2006. Ramdev, along with Balkrishna, established Patanjali Ayurved Limited, with the main aim of combining the ancient wisdom of Ayurveda with the latest science and technology to provide a multitude of products. 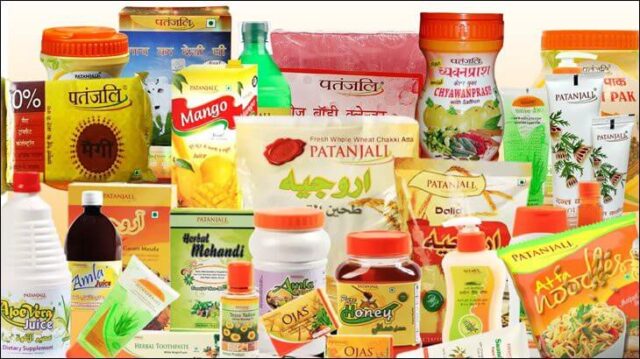 Ramdev was one of the most vocal supporters of BJP in the 2014 election and took an active part in their campaigns.

Ramdev made many senior BJP leaders take an oath to stand by 9 points that he listed, including conditions like protecting cows, reforming the nation and many more. A video was made public on YouTube, of BJP leaders taking the oath.

Ramdev claimed he wanted to see a change for the better in the nation and him partnering up with Modi was the right thing to do, to bring an end to corruption and poverty.

A simultaneous increase in popularity was witnessed in the coming years for both Narendra Modi and Ramdev. But neither of them disclosed concrete details to the public, whenever the press questioned vague answers like “Modi is a close-friend” were given or they were just brushed off.

Patanjali even acquired many acres of land under BJP. In some BJP controlled states, it even got a discount of 77% on the market price.

Almost 2,000 acres of land was acquired for a variety of purposes like research, factories and establishing supply chains of the herbs used in Ayurvedic products in BJP ruled states or where BJP was in a coalition.

According to a report by The Hindu, the biggest acquisition was in Assam where 1,200 acres of underdeveloped land was transferred in October and December of 2014.

This entire rise seemed to be something miraculous considering there were 81 cases against Ramdev and Patanjali in the state of Uttarakhand alone for illegal acquiring of land and evasion of tax, as per a report by India Today in 2013.

While the boost in business for the company was credited to the Ayurvedic approach, low-cost products and ‘swadeshi‘ positioning, the entire situation seemed almost unbelievable.

It’s not often that companies see such a sudden increase in revenue, getting tipped as India’s response to Unilever.

Read More: Baba Ramdev Claims To Have Made A Coronavirus Medicine That Cures People In Around 7 Days

Towards the 2019 Lok Sabha elections:

This time around Baba Ramdev claimed to have a neutral political approach. He said that he will support any government that works for the benefit of the citizens and nation.

The Yoga Guru who seemed to staunchly oppose Congress during the 2014 elections claimed to be on friendly terms with Sonia Gandhi and Rahul Gandhi.

He stated that he was with all parties and with no parties, claiming to be politically resigned.

What could have happened between the two elections that caused Ramdev to resign himself politically? The same Yoga Guru who seemed to reinforce the visions and goals of BJP with great enthusiasm previously.

The rise didn’t reach an end when the Yoga Guru’s company reached Rs. 5,000 crores, it reached sales of Rs. 10,000 crores in the fiscal year 2016-17. Ramdev announced that he aimed to make it double in the upcoming year.

With the growth from Rs. 450 crores to Rs. 10,000 crores, the company’s rise seemed almost unstoppable.

The same report also mentioned, its sales were brought down by 2.7% in urban areas by April 2019, although the rural sector saw a rise in sales. This differed significantly from the growth rate of 21.1% and 45.2% in urban and rural areas respectively, in the previous financial year. 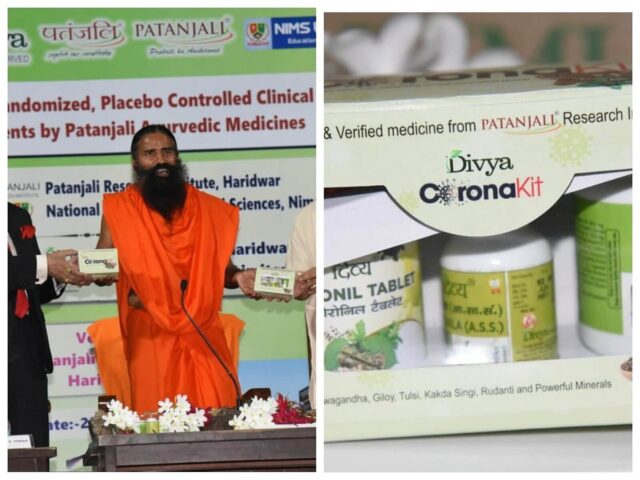 Many stores also closed down in a lot of states. Cases against Patanjali are now increasing and its products are losing popularity in the common households.

The first such case surfaced in 2017 after a long time which was synonymous with his increasing distance with BJP and a decrease in sales growth rate.

An RTI (Right To Information) inquiry for checking the quality of many Ayurvedic products in Haridwar revealed that Patanjali’s Divya Amla Juice and Shivlingi Beej has less than the required amount of pH value which may cause acidity. Around 31% (approximately) of foreign material was found in the products.

The most recent incidents include a case filed in the Chandigarh High Court for an attempt to murder and sale of adulterated drugs by the general secretary of National Consumer Welfare Council in Chandigarh, Bikramjit Singh.

The advocate who filed the complaint also mentioned in it that Ramdev became a globally recognised Yoga Guru and businessman through the patronage of the present government. He suddenly came into the spotlight after pairing up with BJP in 2014.

Cases about Coronil being claimed as a cure for coronavirus were made in many courts. Maharashtra government banned the sale of Coronil while Madras High Court fined 10 lakh rupees for misleading the public and exploiting people’s fears during a pandemic.

Cases against Coronil were not only seen in Maharashtra but also Bihar and Uttarakhand. Even Rajasthan warned against the sale of Coronil as a cure to COVID-19.

So many cases spurring up rapidly almost seems like a witch-hunt that was just waiting to take place at the first opportunity that came along.

The decrease in the business of Patanjali is surely not only because of the economic slowdown. Is it really a coincidence that the rise and fall of the Yoga Guru were synonymous with his political alignment?

Is Swadeshi Model Being Followed By Ramdev’s Patanjali If Louis Vuitton Investment Is Accepted?