Home Lifestyle What Is This Parody Game Allegedly About Salman Khan And His Infamous... 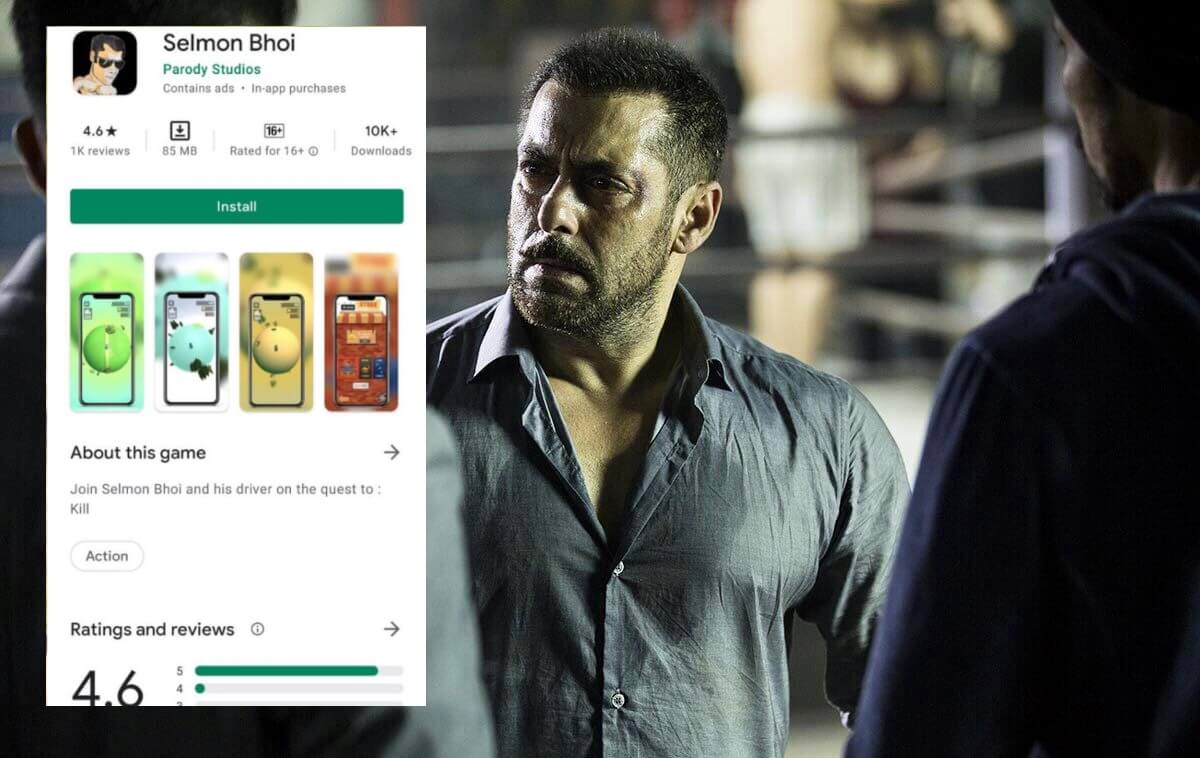 Salman Khan is no stranger to memes and jokes around his infamous hit and run case from 2002. All those ‘the driver did it’ ‘don’t allow Salman to drive a car’ and such jokes are common place among desi people now.

The jokes stem from the infamous case from September 2002 when Khan was arrested by the police for ‘rash and negligent driving’ after his car crashed into a bakery in Mumbai at night. As per reports about the case Khan’s car rode up on the pavement and injured 3 people and tragically killed one of them.

He was charged with ‘culpable homicide’ that was dropped not soon after. However, in 2013 he was again formally charged with culpable homicide to which he pled not guilty. In 2015 the Bombay Sessions Court found him guilty of the charges laid against him and Sessions Judge DW Deshpande sentenced him to fives years in prison.

The actor funnily enough received bail on the same day from the Bombay High Court and his prison sentence was also suspended till July of that year. His driver, Ashok Singh had also given a testimony in court stating that it was himself who was driving the car and not Salman Khan. In December of 2015 though Khan was acquitted of all charges because of lack of evidence.

Now however, the actor and this case are again in news because of a complaint the actor has issued against an online game called “Selmon Bhoi”.

What Is The “Selmon Bhoi” Game?

The character art and the name itself are straight pointing at the actor himself. The tag of ‘Selmon Bhai’ is also something used by memers and trolls online as a way to mock the actor’s name popular among his fans ‘Salman Bhai’.

Developed by a Nagpur based company called Parody Studios Pvt. Ltd. the game involves the user playing as the character of ‘Selmon Bhai’ and driving endlessly while completing tasks like ‘killing aliens’ that supposedly stand for people and apparently there are also ‘blackbucks’ in the game. This is another reference to another case Salman Khan was involved in some years back.

The game interestingly is still available on Google Play Store and its description reads like “Selmon Bhoi is on a quest to finish all life on earth by smashing the hell out of every single BOO-slims life. The BOO-slims took Aish from him (Generally sleeping on the footpath) when he was drunk. Surely, he had beaten her too much but still, love is love, and nobody can separate two lovers from each other, not even Bach…ns. These merciless BOO-slims must DIE! Join Selmon Bhoi and his driver on the quest to: Kill.”

Salman Khan or his team it seems don’t really find the game as amusing as some others do, since they registered a complaint in the civil court of Mumbai and sought an ‘injunction’ against the game, Parody Studios Pvt Ltd and its Directors, Google LLC and Google India Pvt Ltd.

The Bombay Civil Court has reportedly given ‘interim relief’ to the Bollywood actor and ordered that a ‘temporary restraint’ be put on the online mobile game. The court stated that, “When the plaintiff has not given any consent for installing, preparing and running such a game which is similar to his identity and the case which was against him, certainly his right to privacy is being deprived and is also tarnishing his image.”

Now as per the verdict by judge, KM Jaiswal, Parody Studios Pvt. Ltd that created the game has been barred from “disseminating, launching, re-launching and recreating the game” or even any other game related to the actor.

As per the injunction the makers of the game are also blocked from making any comments against Salman Khan that defame him or making the game available in any manner whatsoever that could potentially harm Khan or his family members.

The creators have also been told to immediately block/take-down/disable the game from Google Play Store and any other platforms it might be on.

The case will have another hearing on 20th September 2021 now and the Court has asked the developers to file an affidavit from their side in response to Salman Khan’s plea.