Clubhouse started trending in India in the first week of February. The reason behind this was none other than our tech trendsetter, Elon Musk.

In January, Elon Musk, one of the world’s richest men, appeared on Clubhouse, but the participation limit was set at 5,000. As a result, fans live-streamed on different platforms like the Bird app, Discord, and YouTube.

What Is Clubhouse And Who Uses It?

Clubhouse is an audio-only social media app. The company describes itself to be a “new type of social project based on voice.”  It is called the world’s most exclusive social media platform because of its invite-only feature and celebrity users.

When a user enters the app, they can choose between different virtual rooms to enter. Participants speak via the app, and the plus point is that they can’t see each other, so it’s a bit more like listening in on a phone conversation or a podcast.

There’s no imagery other than each user’s profile picture. Plus, there is no website either, and the platform is available only via the Clubhouse mobile app.

Paul Davison and Rohan Seth founded the app in April 2020. It started gaining popularity in the initial months of the pandemic. As of December 2020, the app already had around 600,000 registered users which remained accessible only by invitation. By February 2021, 10 million people were using Clubhouse weekly!

Also Read: Here’s What You Need To Know About Clubhouse, The Invite-Only Social App

A week after launching a beta version of its service for android users in the US, Clubhouse announced that it would expand its Android app worldwide.

The app was available on the Google Play Store on the 21st of May. The android app had been in development since early January this year. The audio-only app has crossed one million downloads on Google Play Store just a few days after it became available in India.

Many celebrities even host chats on Clubhouse. So, you can get the chance to hear and even participate in such conversations. Oprah, Kevin Hart, Drake, Chris Rock, GOT7’s Jay B, Elon Musk, and Ashton Kutcher are some of the many celebrities that use this app.

What Are The Pros Of Using Clubhouse?

The app has audio chat rooms that you join very simply, and one can even host them. The rooms are live, and they are like a podcast. For introverts who do not like to show their video while conferencing, this app is the perfect place as it has no video option.

When a person enters a room, they will see the speakers and moderators listed on the “stage” at the top of the screen. If you wish to speak, you can “raise a hand”. It is up to the room’s creator or moderator to decide whether to grant the request or not.

Small rooms give an intimate kind of feeling and allow connecting with intelligent people working on extraordinary things. 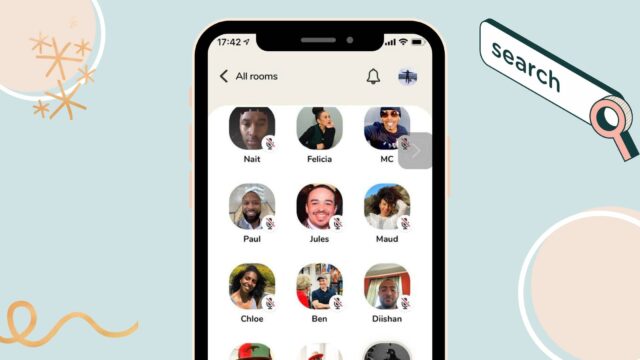 The topics in the chat rooms are varied. From a casual one-on-one conversation between friends to having a discussion or a formal show-style interview.

One can make strong connections with people with similar interests. If a person is looking for help in a particular area, this platform is the right place for them. At Clubhouse, you can quickly find someone who has knowledge and skills in areas like social media, finance, etc.

As the app is invite-only, one can find themselves in the same room as Elon Musk or Oprah. Many experts are sharing their experiences on the app and even teaching master classes.

If you are lucky enough, you might even get a chance to interact with world leaders and successful entrepreneurs and artists on this platform. The perfect place to listen to like-minded people and meet the people you idolize.

If you manage to get an invite, you can meet many celebrities on the app even if you are not interested in the topic they are talking about.

As there’s no imagery other than each user’s profile picture and the app is audio-only, the chances of someone breaching your privacy are less.

Another plus point is that the app is invite-only. So, you can join the app only if you have the invite, which is not very easy to get. The chat rooms are moderated, and not everyone can speak until the room’s creator/moderator permits them.

What Are The Cons Of Using Clubhouse?

As the app is becoming popular day by day and the number of users is in the millions, it will become harder to find good chat rooms. When the capacity of rooms increases, there will be distractions, and you might not be able to communicate with other people.

The interactive nature will decrease, and it will be harder to talk to experts.

Slowly people are getting addicted to the app, which is time-wasting. Plus, as the number of users increases on the app, one might have to wait long hours to get answers to their questions from experts.

This will be a lot of time-consuming for people who have a goal set in their minds, leading to unproductiveness.

We do not know the person who is speaking and a lot of people might even pretend to be successful people, and this raises the question of who to trust.

We do not know the reality, and many people have been fooled into believing such fake people. The issue of listening to two rooms simultaneously has been raised a lot. Doing this will not only distract the person from listening, but they might not even learn anything, hence spoiling the whole purpose of being in the room.

You can block users, make private rooms, report incidents on Clubhouse, but misinformation and hate speech can be spread because of poor moderation tools.

The company says that it is working on improving them, but this is not the only point that irks the users. The app is aggressive with its connection recommendations. If you don’t allow the app to access your contacts, you lose the ability to invite anyone else to Clubhouse.

As of now, there are no parental controls on the app. That’s because Clubhouse has a minimum age requirement of 18. However, there is no age-verification system. So anyone under 18 can join if someone they already know has invited them on the app. So, the app is not so kid-friendly.

Clubhouse is still developing, and it needs to undergo a lot of changes. If you are lucky enough to get an invite, do check the app and explore what it is like.

Tell us what you think about this app in the comment section!

What Is A Digital Footprint, And How To Clean It