Home Politics What Does Modi 2.0 Mean To Me As A Young Muslim Girl 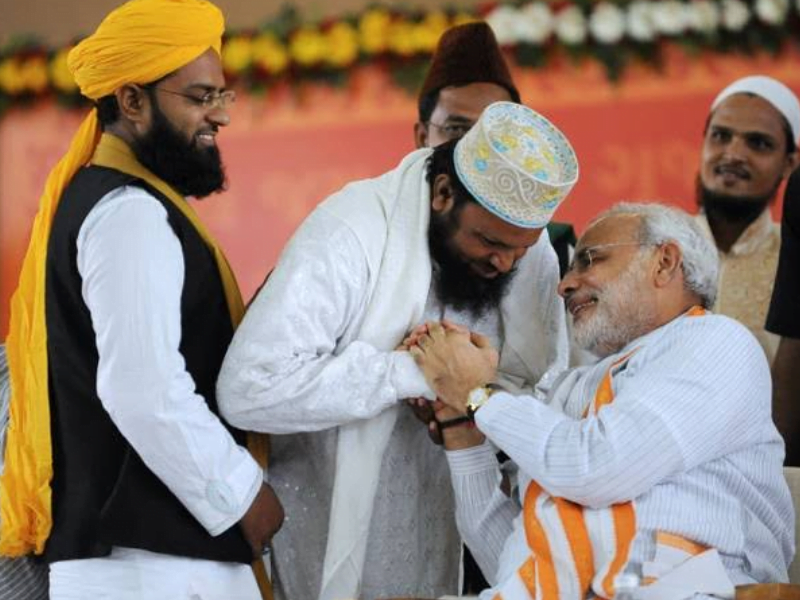 If you read ‘a Muslim girl’ in the title, and bothered to click,  I’m not surprised. I have never been more conscious of my religious identity as I have been MADE aware during the past four to five years of my life.

Do I blame the Modi Government?

Being a minority in India has been a matter of privilege, if you’d travel through the depths of the Constitution. However,  this privilege comes with a hefty price. A price that led to the 60% population of Hindu community, believe that “Hindu Khatre Mein Hai.” (Hinduism is in danger.)

In exchange of every privilege, minorities received in the form of “minority appeasement” and equity, India had to bear the slow internal decay of its “secular” nature,  whose symptoms rarely creaked open and resurfaced during a “secular” government, while most of the times, it spread as an internal poison, that affected every organ, and yet looked healthy in the garb of the tri-colour skin we wore.

Modi 1.0 was an active eruption after decades of dormant communalism that boiled and unfolded itself through the years.

Coming back to the question of whether I blame the Modi Government. In more clear terms, the answer is a yes and a no.

While there have been lesser  “biased” law enforcement, against Muslims by Modi 1.0 regime topping with the Triple Talaq bill that almost fetched him a small group of Muslim women supporters.

What probably caused the beginning of the “fear” among Muslims,  is a blast from the past- the Gujarat Riots of 2002, that seems to be stuck as a Vetal to Modi’s Vikram.

This image further worsened with the amount of mob lynching cases and cow vigilante that didn’t fail to be the best “chowkidars” to a cow’s shed.

The last five years have marked the emergence of yet another cult within Hinduism that was ready to kill or die for Modi.

Followed by journalists on steroids that never failed to further propagate the Hindu-Muslim rift which by the way, was no less already,  thanks to the frequent trending Twitter hashtags like #SanghatitHindu.

One might argue that Modi’s bhakt regime, however they are, doesn’t influence his own pure and pious thoughts of ‘Sabka Saath Sabka Vikas’.

I’d say,  rightly so. However,  the ever controversial statements of the leaders of BJP,  the decision to let radical pro-Hindutva politics infiltrate the Parliament through Sadhvi Pragya, the decision to accept illegal immigrants based on religion and the amount of paid BJP social media marketing by the IT cell, suggests the contrary, and forces people to see the two as one.

Related: As A Young Person These Are My Feelings About Modi Coming To Power

The Role Of Left Wing Politics

The left wing politics, despite trying to act as the ‘Messiah’ of Muslims and other minority groups in India,  have used the communalism under the surface to project themselves as a minority sympathiser and play the vote bank politics.

While BJP for years, didn’t bother to target anybody other than the strong Hindu vote bank because ‘Mandir Wahi Banega’ is apparently enough.

The left and the entire opposition have been downright hypocrites to use mandir politics on one hand,  and play the ‘Dara hua Musalman’ card on another.

I fail to see remarkable anti-Muslim agenda on a paper that bears the title of ‘the Republic of India’ with a picture of Gandhiji.

are some of the many reasons, why Muslims fail to feel secure under a right wing party’s rule.

The question is, were five years enough to spill the poison?

The snakes of politics have been biting the secular fabric of our nation for decades.  This my friend, is years of pent up emotions gifted to the nation by the secular regimes of the past and spiced double by the successful and strong hindutva politics played at the hands of BJP.

If you were to ask me,  I could have a hundred problems with BJP,  but my Muslim identity, ain’t one. Attack on democracy, maybe? Here’s hoping for five years of progressive India.