Home Entertainment What All Will IB’s Censorship Kill In Our Favourite Shows & Movies... 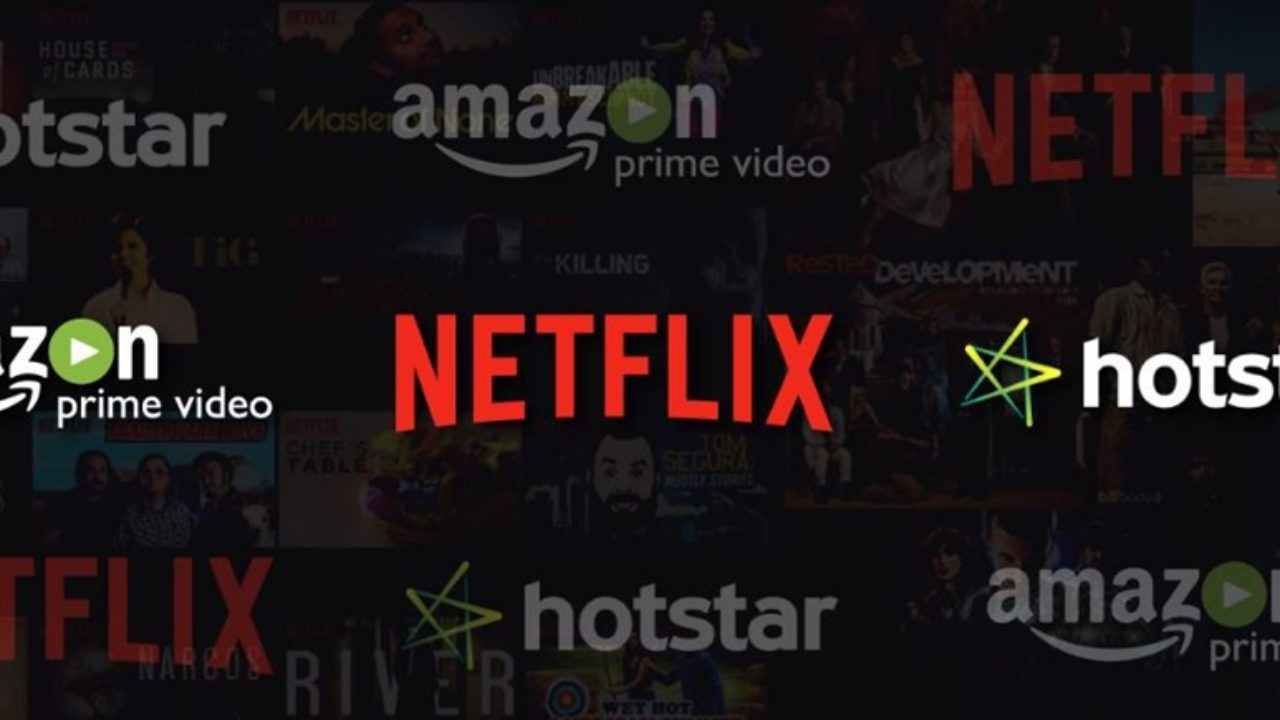 Online platforms like Netflix, Amazon Prime and Hotstar are known for bringing offbeat, interesting and occasionally controversial content to the masses.

So far, these platforms have been on the receiving end of backlash on Twitter, FIRs or just been the topic of discussion as to how they’re promoting content against Indian culture.

Now, it seems that the new kids on the block are about to be censored by the government of India, which safe to say, is not going to be good for the online content culture that has been thriving, especially in the lockdown.

How Will OTT & Online News Platforms Be Affected?

Basically, the Union Ministry of Information & Broadcasting (IB) will now have jurisdiction over streaming services like Netflix, and over online news and current affairs platforms. 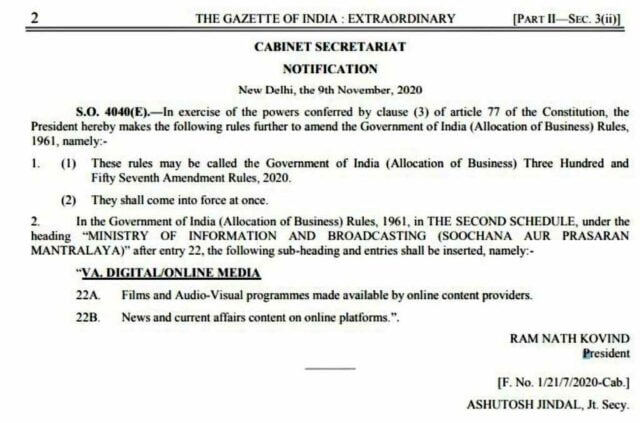 Coming under the ministry could possibly mean an increase in legislation over these platforms along with more government control, with the online content providers possibly having to look for certification from the ministry, as a censor board.

Earlier, online platforms were under the administration of the IT ministry which did not deal with the content produced on these platforms.

The government claims that this move would create a supportive online regulatory environment but many raised their concerns over the possibility of curbing free speech in a country that is already plagued by a culture of slapping sedition & defamation cases every time someone’s sentiments get hurt.

While the government has been vague as to what this decision would entail, critics are concerned that this could be bad news for the burgeoning online media in the Indian landscape.

OTT platforms like Netflix, ALTBalaji, Amazon Prime, among others, are known for bringing edgy and controversial content to the forefront, breaking through cliche plots to give creativity and originality the spotlight.

A lot of the TV shows and films that are streamed on these platforms would never have been able to be created or distributed in the conventional television and film format.

Do you honestly expect folks who took offence to movies like Padmaavat and Lipstick Under My Burkha to calmly put their pitchforks down when it comes to content involving open talks of sexuality and violence?

Do you think a possible new censor board for online content would allow swearing, sex scenes and nudity, which are so common in content offered by streaming services? While coming under the IB ministry does not give the government regulatory powers as of yet, rest assured that is in the future.

And in such a restrictive environment, be ready for a lot of beeping, muting and straight-up cuts in online content that have become so commonplace in films in India, and let’s not forget the myriad stories that never reach our screens due to fear of hurting sentiments of various groups.

For just a taste of what’s in the future, a glance at the CBFC rules is enough to bleep out most of the scenes in your favourite shows.

“Anti-social activities (such as violence) may not be glorified. Criminal acts may not be depicted. No scenes encouraging alcohol consumption, drug addiction or smoking. No vulgarity, obscenity, depravity, double entendres or scenes degrading women, including sexual violence (as much as possible).” These are just some of the guidelines of the CBFC.

Who knows, maybe by the time the next season of Mirzapur comes along, it might just be one extended beep with Pankaj Tripathi’s face popping every now and then.

Netizens, including directors and writers of shows like Mirzapur, took to Twitter to react to the government notification: 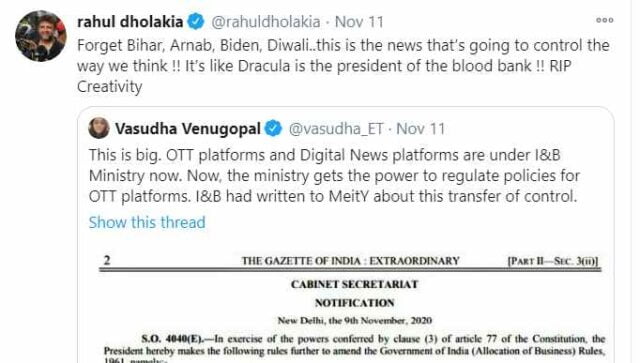 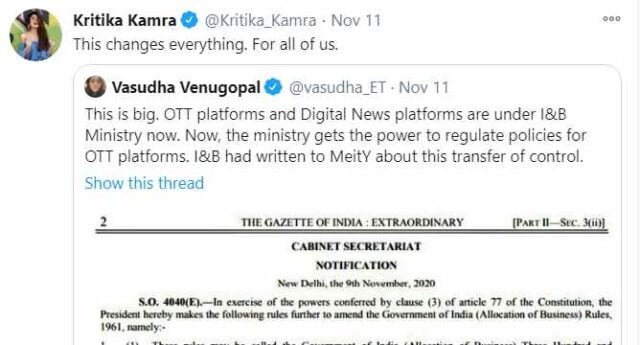 Noticeably happy with the decision were people who believed that the government’s move is a welcome one as it’ll help put an end to “anti-Hindu” and “anti-national” narratives in films:

Why Is the IB Ministry Taking Over?

After Sudarshan TV’s controversial “UPSC Jihad” broadcast, the centre got its eyes on monitoring of online content.

Unlike radio, television and film, online media was not under any regulation. While the censor board and self-regulatory bodies exist for the film industry and print media, digital content did not face any such regulatory hurdles.

The government has had its eye on digital platforms for a while now, so much so, that earlier this year, 15 online streaming services got together to sign a self-regulation code to avoid censorship from the government itself.

Clearly, the government did not think that was enough, having refused to support the code that the streaming services signed.

The government cannot yet directly regulate content based on the most recent notification alone, the power to remove objectionable online content remains with the courts. However, this is still a step in the direction of censorship.

This isn’t the first time the government has tried to regulate online content. Back in 2018, the ministry set out to frame rules for the regulation of online content but had to withdraw it after backlash.

At a time when we desperately need to keep the spirit of freedom of speech alive, it’s unfortunate that we are instead witnessing more media regulation. But given their track record, streaming platforms are unlikely to go down without a fight.

This Time, Netflix Being Boycotted By Hindus Seems Unjustified