Progression and regression within the society are 2 phenomenons which are supposed to be inversely proportional and mutually exclusive in an ideal scenario but in status quo, we as a collective generation and especially as Indian citizens are experiencing these 2 phenomenons simultaneously, thereby creating a polarized divide.

Let’s have a little chat as to how we’re essentially moving towards progression and regression simultaneously and why this rapid growth in polarization is problematic:

Propaganda has become a parasite and has rather ascended itself to become a synonym of media and news channels. On the other hand, social media has made the “right to get offended” a norm and it seems as if nobody gets spared of the “You’re rude” treatment when they exhibit their opinion and it doesn’t match someone else’s.

This dangerous combination puts us at 2 different standpoints of progression and regression, where most of our parents essentially like conservatism whereas the millennials like the idea of liberalism and lean a little to the left (but let’s not get into the JNU and Ramjas example).

This divide which is essentially a by-product of media propaganda is the reason why we have seen a gigantic rise in student politics and student protests with strikingly contrasting ideologies. 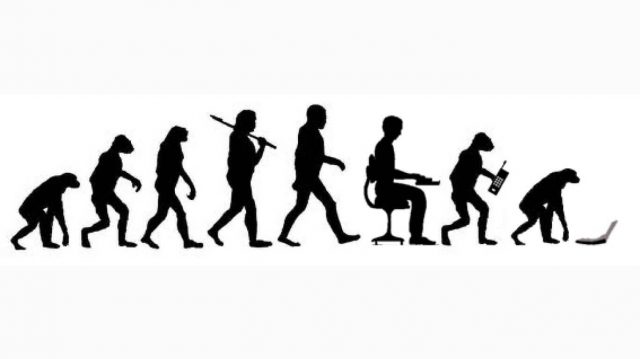 Pseudo-liberals talk about how far they’ve evolved as part of a regressive system and how the physical appearance of a human being is merely a materialistic judgment of his/her personality but then why do most people take at least 5 pictures with 5 different filters before posting it on Snapchat?

Why is it that people still shy away from posting their pictures without filters or without cropping off their body parts which aren’t necessarily in good shape? And yes, women do it more often than men. I have no ulterior motives to fulfill when I say that but it is what it is. Women have unrealistic beauty standards and that they do whatever it takes to get the perfect look on social media, regardless of how much they engage in armchair activism to lead the feminist movement.

Sure, celebrities do talk about how their ever-so-perfect looks are engineered by a team of make-up artists but that’s the point. How many people listen?

Related: Modern Feminism Is Only For Rich People, It’s The Poor Who Actually Suffer

Indians still love the fair skin despite being brown, the parents want the fairest maiden of them all for their dorky engineer kid and as much as millennials talk about the idea of color being a redundant factor, progression and regression exhibit a polarizing effect time and again.

The generation gap and its bridging could solve half our problems and I can’t emphasize on this statement enough. 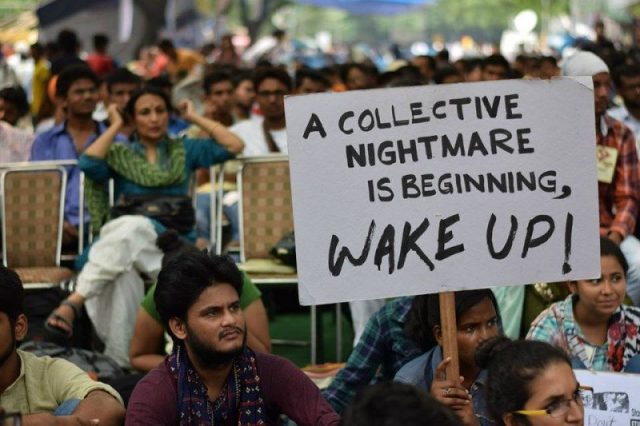 Party 1 talks about secularism and wishes to appeal to a minority community and the shift in power leads us to party 2, which talks about a nationalist narrative with pseudo-patriotic tendencies and uses a majoritarian stance with radicalized activism.

I support neither and choose to stay apolitical.

In a scenario where we should be focusing on technological advancement and free secondary education, we have debates about meat consumption regimes and free speech has become an obsolete joke. And I’m a blogger, so that should probably make you understand the gravity of the situation.

Political power shift leads to the first point, where political linkage to media can cause a chain reaction of unadulterated havoc.

On one side, we have Kerala which is breaking barriers in terms of providing literacy to every individual within the state boundaries and on the other, we have Haryana where a female foetus’ survival can probably become national news.

Rape culture is on a consistent rise, thanks to an inherent institutionalization of patriarchal values such as “Boys will be boys” (what’s up, Mulayam Singh Yadav?) in the midst of Western ideas gaining traction in the country, such as the #MeToo movement.

What we primarily conclude from this is that an inherent generation and ideological gap will persist for at least the next 50-60 years, until we finally see the future generations catching up with the past ones in terms of ethical and social understanding.

Our current best case is to try and slowly change the habits of our parents, who in turn can help us achieve a uni-dimensional modernity that we so desperately crave. Segregated change holds the power to generate a global impact and as utopian it may sound, it is our best hope to counter the coexistence of progression and regression within the society.

So millennials, keep your rebellion aside and rather change the system via mutual integration. After all, YOLO.

Lifestyle Chirali Sharma - May 10, 2022
It is not every day that you wake up and see the sky changed to some other colour besides blue/light blue. Sure there might...