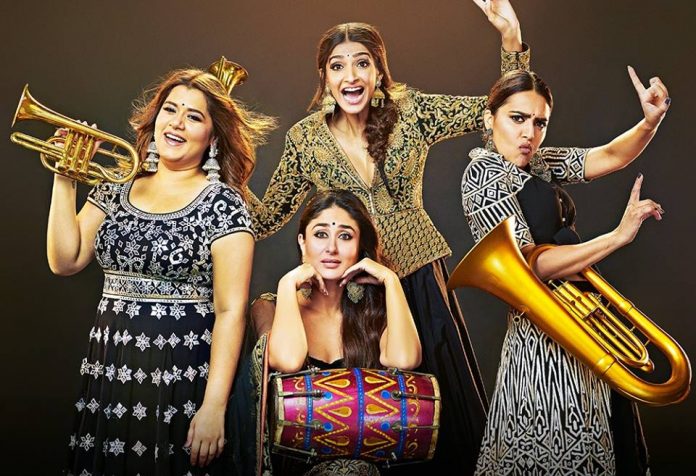 Media Influences How We Perceive Things

According to late Melvin Defleur, a professor in the Department of Mass Communication at Boston University, media may be responsible for laying some key social foundations in an individual.

Other studies conducted on the issue of the influence of media on human psychology show that it impacts the way we perceive things in the real world to some extent.

It also moulds our perceptions on social, economic, cultural, religious and psychological fronts. When we can relate to the characters, it seems to us that our voices are being heard.

Even after concentrating hard to provide an example for their female counterpart, I cannot come up with an appropriate response.

So does it mean that women don’t form such unforgettable Yaarana?

Of course not, however, due to the shortcomings of a lot of Bollywood movies, many have come to believe that women can’t be as close as men are with their friends.

The Dangerous Narrative Of Women Not Supporting One-Another

I was bewildered when I heard a classmate of mine accuse that girls just don’t share the same level of intimacy in their friendships as guys do. I find this appalling.

This thinking that women are more likely to engage in a catfight and are, in general, hostile towards each other may be a contribution from the idiot box, which glorifies male friendships to no ends but doesn’t award the same courtesy to the XX genotype.

It’s not like attempts have not been made in this department, ‘Nil Battey Sannata’ was a breath of fresh air that depicts the conflict between a mother who dreams of a better future for her daughter and the daughter who lacks interest in her studies and has already accepted her fate as a future maid.

The interesting turn of events that lead to the mother herself enrolling and completing her studies makes for an entertaining watch.

What Bollywood Got Wrong?

But such movies are rare. The mainstream attempts to showcase the lives of childhood female friends in ‘Veere Di Wedding’ left everyone high and dry.

What’s more infuriating is how easily I was drawn to the characters from ‘Zindagi Na Milegi Dobara’ but here I was indifferent. The director tried to spoon-feed the audience the friendship by endless scenes of group hugs and amateur jokes. However, the raw emotions remain buried beneath the designer clothes.

Also Read: Why Every Indian Millennial Girl Should Watch The Show Fleabag

Bechdel test is still the steep hill crossed by few even in Hollywood, but the west has since figured it out. They have offerings of ‘Gilmore Girls’, ‘One Day at a Time’, ‘My Brilliant Friend’, ‘Big Little Lies’, and ‘Fleabag’, etc to satiate our hunger.

Coming to Bollywood, ‘Chak De India’ still holds the position for being the most riveting movie in my eyes. It gave each character space to breathe and grow without stomping and blocking each-other.

The Ridiculousness Of Indian Shows

Indian Daily Soaps are mostly focused on the petty rivalries of saas-bahus making it seem like women have nothing going on in their life other than kitchen politics. The protagonist’s best friend is created to tease her about the hero and provide silly solutions for her love life; no actual human aspect is in the vicinity of such a cardboard character.

Then there is the ‘Vamp’ with ominous background score, her status as ‘the devil’ is marked by her provocative clothing and her undue advances towards the hero. These characters draw us out of the narrative as they fail to ground the characters and their interactions.

A trope that particularly bothers me is sisters being enemies. It’s natural for siblings to get into silly fights. But this doesn’t negate their close bond.

These ugly depictions only strengthen our prejudice that women are vindictive, hateful and jealous of each other.

Though small, strides are being made to curb this need for the representation of positive relationships. ‘Patiala Babes’, a Sony network show revolves around a woman who escapes an oppressive marriage and self-doubt with the help of her determined daughter.

Indian shows need more storylines of the millennial women navigating through their changing relationship with their parents, striking out a balance between the modern and traditional ways.

Women facing existential crises, living on their own, managing coaching and college hours, getting out of the pride and prejudice scenario of ‘finding a wealthy man’, etc are the situations that should fill the silver screen.

Our generation demands and deserves honest and sincere representation and hopefully one day we’ll get there.

Tell us your thoughts on the subject.