Home Lifestyle Want A Visa? Visit The Visa Temple Or The Airplane Gurudwara In... 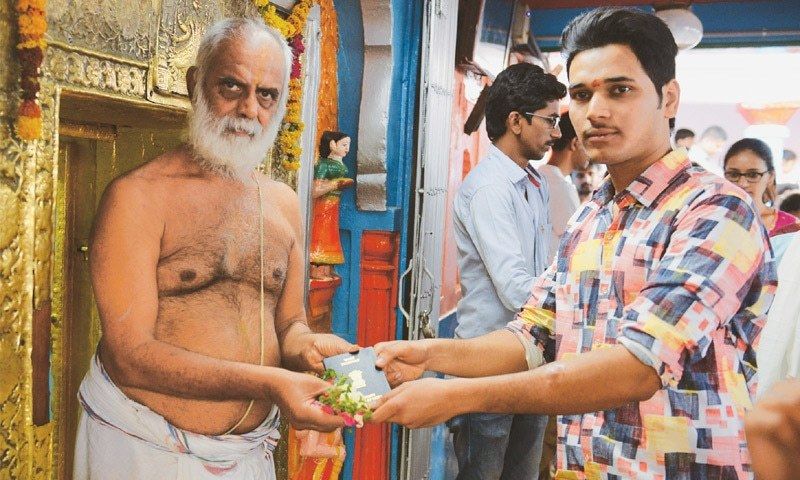 Getting a Visa to travel, study or work abroad is a huge headache for us Indians not to mention the heartbreak we have to go through when our visas get rejected time and again. But that doesn’t stop thousands of aspirants from harboring the “Great American Dream” so as to speak because where authorities prove to be a hurdle, God comes to our rescue!

And no, I am not kidding at all.

We Indians go to temples and pray to God on almost every occasion: whether it is for the well being of our families, to get rid of our illnesses, troubles and what not because there is an inherent belief that God is there.

And this belief has led Indians to earmark two places of worship for one sole purpose: to get their visas approved.

#1 The Visa Temple Of Hyderabad

One of the oldest temples in Hyderabad, the Chilkur Balaji Temple is an ancient Hindu temple of Lord Balaji but that is not what it’s famous for.

It’s specifically popular for clearing US Visas for the dreamers who come there with their passports to pray. And not just that, you have to promise to Lord Balaji that once you get your Visa approved, you will come back and do 108 parikramas to complete your “vrat.”

Interestingly, the Visa Temple got its reputation in the 1980s, when a group of computer professionals claimed to have gotten their Visas approved after visiting this shrine.

And more interesting is the fact that in the wake of the ongoing banking crisis in India the priests at this temple held a “special puja” here to solve this crisis and also to bring the fugitive Nirav Modi and other fraudsters back to India!

And they are pretty sure that where the government is not able to succeed, Visa Balaji will.

If you don’t believe me, take a look here.

#2 The Airplane Gurudwara in Jalandhar

Shaheed Baba Nihal Singh Gurudwara is not just any gurudwara in Punjab. It is a glimmer of hope for thousands of North Indian aspirants who dream of having a wealthier future abroad.

Very fondly nicknamed as the “hawaijahaj gurudwara” or the “airplane gurudwara,” this shrine is known to take Indians to places. It is visited regularly by devotees from all regions of Punjab which has almost 6 million of its natives settles overseas. Need we say more?

And the only requirement to get your Visa request approved is by offering a toy airplane as Prasad!

There are literally numerous shops lined up on the street leading to the shrine, selling toy airplanes of different colors and sizes. And it also seems like Donald Trump would have a really hard time keeping Indian immigration under control when we have deities who are present there specifically for this purpose.

All I can say is – “Incredible India”

What Did Devdutt Pattanaik Get Right & Wrong About The Left And Right?