Once upon a time, there was a king who owned India’s biggest liquor company, a private jet, an Airbus and many other riches. In the year 2005, he launched an airline to match his style and flamboyance. This tale I’m about to tell is of how he went from bang to bust.

By now you must have guessed who I am talking about. That’s right! Ladies and gentlemen, I present to you none other than Vijay Mallya. Once the man of lavish taste and exquisite preferences, the king now hides among the ruck. We are all familiar with the phrase, ‘A Lannister always pays his debts’ but the Kingfisher edition goes like ‘A Mallya never pays his debts’. So what’s so special about the case? There are many more wilful defaulters out there, go and chase them. Is it the blatant exhibition of Mallya’s wealth? The recent birthday bash at his Goa house? Let’s find out.

Let me save you the pangs of going through newspapers to know about the beginning of the case and for those who think watching Arnab Goswami debate with a bunch of political figures over the camera for the show is pointless, I welcome you to ‘Preparing the Battle’ (because a normal heading was too mainstream).

This all began when the liquor baron decided to contract his wings and be lazy and inaugurated the Kingfisher Airlines in the year 2005. He even selected the air hostesses personally! You can imagine the quality they were offering.

When the domestic market could not satisfy the hunger, Mallya decided to run overseas too. But wait! He needs more investment for that and bang! The crashing Deccan Airlines was saved when the Kingfisher Airlines merged with it and provided a smooth landing.

Now, the KFA had an army of more than 100 planes at disposal and thousands of employees. That’s where the Mallya factor convinced the IDBI bank to grant him a loan of approx. Rs. 900 crore even when the airline had a sub-par credit rating.

Economists believe that the liquor baron used the loopholes in the Companies Act 2013 and used it to his advantage. Despite pledging almost everything he had, shares of his companies, Union Breweries (Holdings) Ltd., United Spirits Ltd., the Kingfisher Tower in Downtown Bengaluru, the Kingfisher Villa and many more, the man became a wilful defaulter.

That means the banks had a bad loan of around Rs. 9000 crores which were extended to the drowning Kingfisher Airlines. The question arises that why did banks fund Vijay Mallya’s never financially solvent airline? The airline reported operating profit only once since it began operations in 2005.

To keep Kingfisher in good health, the lenders in 2010 asked RBI to allow restructuring Rs. 2000 worth loans. The lenders group led by SBI by the end of 2010 had restructured loans of Rs. 8000 crore, including conversion of around Rs. 650 crore into preference shares.

Another Rs. 850 crore was converted into redeemable shares. The banks funded it for a decade till the entire scheme imploded in late 2012 and the airlines was grounded. WINNER TAKES IT ALL

The bankers have unscrupulously sold Rs. 1244 crore worth shares of United Spirits which they held in pledge. Rs. 1250 crore are stuck in courts and Rs. 650 crore were recovered through the sale of United Spirit shares.

The Kingfisher House, the airline’s erstwhile headquarters in Mumbai, is expected to fetch Rs. 150 crore at its auction on March 17 and Rs. 90 crore from Goa’s Kingfisher Villa.

48% of his 32.8% shareholding with banks summing to Rs. 3228 crore and 14% of his 32% shares in UBHL costing Rs. 62 crore is pledged with the banks. But the banks have their eyes set on the 22% shareholding Mallya holds in Mangalore Chemicals and Fertilisers worth Rs. 25.7 crore.

This means that Vijay Mallya still has Rs. 5.7k crore pledge-free assets left with him. It includes the sprawling Ladywalk estate, in the village of Tiwen near St Albans in Hertfordshire, where the baron is believed to have ensconced. The challenge lies in extracting the money.

If Mallya doesn’t cooperate, attaching these assets through a court order could take several years as pending taxes, provident funds and other employee dues get a priority in financial claims. Banks also cannot invoke the provisions of law which allow them to directly attach a defaulter’s property as it is not pledged to them.

THE WAR WAGES ON!

The Enforcement Directorate is examining whether KFA inflated its flight lease rents and laundered a significant of the loan abroad. They learned that Mallya laundered around Rs. 300 crore of the loan money abroad and summoned two IDBI officials for questioning who didn’t turn up. Conclusively, probably they were aware of the money trail. CBI is under attack for allegedly letting Mallya leave the country and has scaled down the “lookout” notice for the liquor baron.

After a tweet from @TheVijayMallya said that he isn’t on the run and not an absconder, the Hyderabad court decided to put it to test and summoned him to appear before the court. After he failed to fulfil the wish, a non-bailable warrant has been issued in connection with the alleged dishonour of a cheque Rs. 50 lakh to GMR Hyderabad International Airport Ltd.

There is a total of 11 cases against the now-defunct KFA involving Rs. 8 crore payment to GMR and NBWs which were issued with a Rs. 50 lakh dishonoured cheque. LAY DOWN YOUR SWORDS

The controversial businessman left the country on March 2 after, what sources believe, he was tipped off about banks approaching the courts. According to the CBI officials, he left the country with the diplomatic passport he holds as a Member of the Rajya Sabha (giving him many additional political benefits) and boarded a flight to London.

There are three scenarios that can emerge now:

That’s all from my side and the till date summing up of the Vijay Mallya case. There are some questions which are still unanswered, lurking in the future. Can we believe that Mallya will suffer a similar fate like Subrata Roy? Probably not. The fight between Mallya and the Indian Banking System is a lesson for promoters and bankers. How did an airline with Kingfisher’s business model get so much funding? Was it Mallya’s persuasiveness or the banks’ naivety in assessing the risks or something which is not public knowledge? All in good time!

Facebook
Twitter
Pinterest
WhatsApp
Previous articleFor The Love Of Stargazing – Sky Map App – We Liv’ED It
Next articleIndia Vs. New Zealand: A Not So Great Start To The World Cup ’16 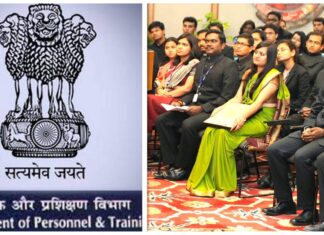