Home Politics UP Govt. Has 450 Crores For Ram Statue & His Digital Museum... 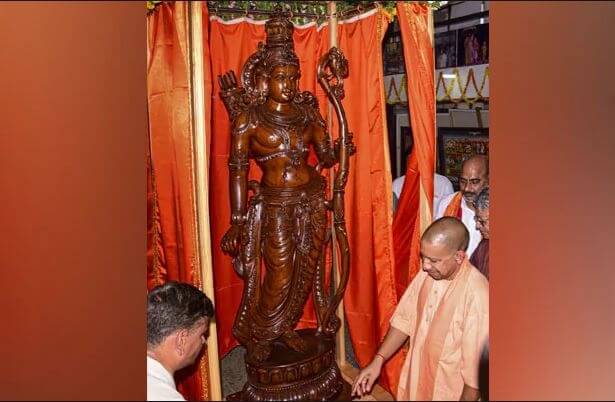 You may think a 183-m statue would have been enough in a country with a struggling GDP rate and the second lowest hunger index in the Indian sub-continent. But the UP government has decided that another statue is what this country needs.

On Friday, the UP cabinet led by CM Yogi Adityanath, approved a Rs. 450 crore budget intended to build a 251m Ram statue on the banks of River Sarayu as part of the Ram Nagari Ayodha Project.

Along with this humongous statue, a digital museum, food plaza and library will also be built in Ayodha among other “beautification projects” using the 446.46 crores budget sanctioned by Yogi government.

The Ram statue would be taller than the ‘Statue of Unity’.

These projects are aimed at revamping and uplifting the city of Ayodhya as a major tourism hub. 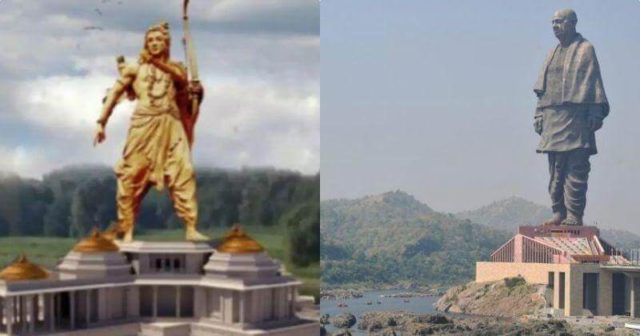 Also, in a bid to facilitate better experiences for tourists visiting Varanasi, the state’s Cabinet approved a dedicated tourist police station in the city to address tourists’ concerns.

By actively choosing to ignore the ruckus in the country and by erecting a Ram statue, they are solidifying the political propaganda of the ruling party.

As an young adult, this gradual shift towards propaganda instead of progress is disheartening to witness.

The scarcity of sustainable jobs coupled with the country’s falling economic standard is sending the youth into a downward spiral of anxiety and depression. Many youngsters are leaving India for its lack of economical growth.

A recent survey showed how 87% young graduates find it challenging to get a good job, while our leaders are busy in figuring out which statue to build next or which religion to target next.

Read More: Should The Voting Age Be Lowered For The Politically Aware And Involved Youth?

In our society people are willing to pour milk over a phallic symbol of divinity, than to give that milk to someone starving. They are willing to listen to leaders bickering over petty issues, than to discuss the falling economy and the dying environment.

Every other panel in news channels mindlessly shouting at each other, newspapers spreading propaganda and promoting yellow journalism, followers of religions other than Hinduism living in fear: these are difficult times. Our once rich culture is slowly becoming one of fear peddling.

And amidst these difficult times, the authorities are more focused on tourism? Statues and what not that contribute little to our country’s economic growth? Who will benefit from them? Definitely not the youth. 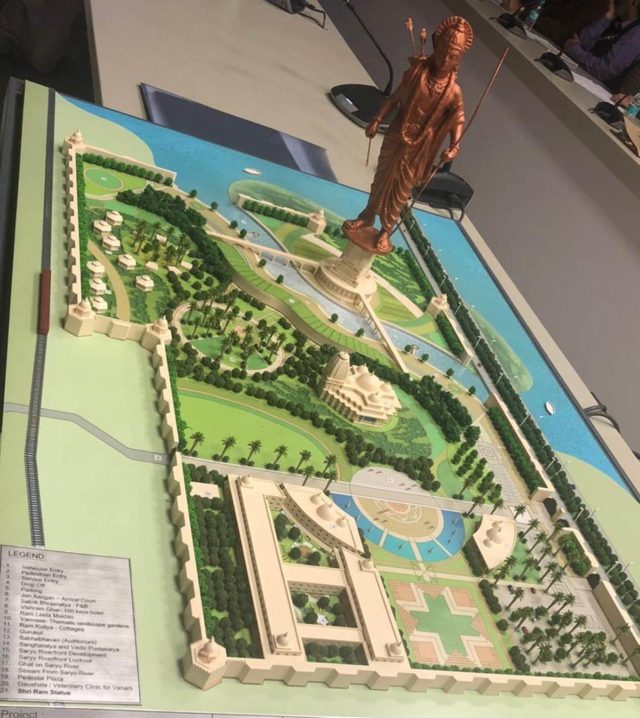 We want jobs not statues. There are engineers, finance, literature students who once had dreams in their eyes instead of self doubt.

According to a recent report by WHO, India has the highest suicide rate in South Asia at 16.5 suicides per 100,000 people. Every half an hour a woman gets raped or harassed. But our leaders are keeping their mouth shut.

We need strong leadership, that is unlikely to come from crooked politicians, uber rich businessmen or religious fanatics. Leadership will come from young people.

We need to understand our problems will not be solved by the people who created them.