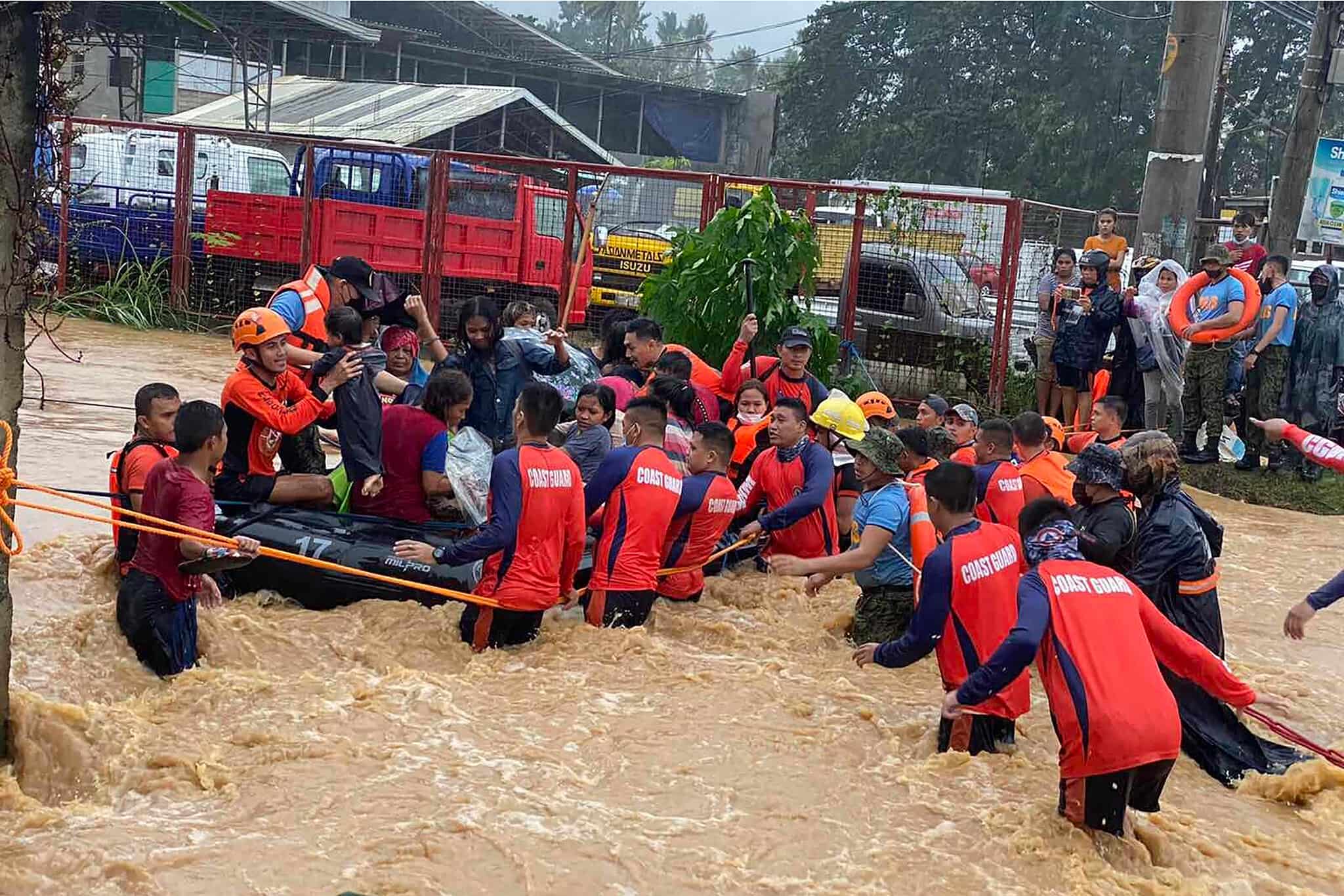 The Philippines faced another setback in the form of a typhoon that left the entire country reeling from a flurry of devastations, both logistical and mental. In a year marred with such storms, the people of the Philippines have received the short end as they turned into mere statistical figures on a mortality chart.

The typhoon has been referred to as one of the worst to have hit the shores of the country, almost submerging the affected areas with terrifying consequences. As the world rears its head and finally takes notice of the unfortunate many, it has to be of utmost importance that the global powers unite to help the victims of the storm.

How Did Typhoon Rai Affect The Philippines?

The Philippines faced a frightening reality check in the form of Typhoon Rai, whose comparisons are now being drawn with the 2013 Super Typhoon, Haiyan. Ravaged houses, uprooted trees and poles became the call of normalcy on Monday as the typhoon claimed the entirety of the south-eastern islands for itself.

Flooding almost the entirety of the island alongside winds exceeding speeds of 195 km/h, it had effectively become a death trap for the common citizenry inhabiting the area.

According to official sources, it has been concluded that around 375 people have died in the calamity, however, the figures have been deemed to not be absolute as the death toll has been predicted to rise with time. It has been estimated, according to officials, that around 400,000 residents of the islands were displaced owing to the disaster that left the entire nation reeling.

Coupled with these figures, it has also been estimated and quantified that around 500 people were injured while 56 others have been reported missing by the local police. The hopes of the people now rest at the hands of the authorities and the teensiest shreds of hope that exist in between the lines. 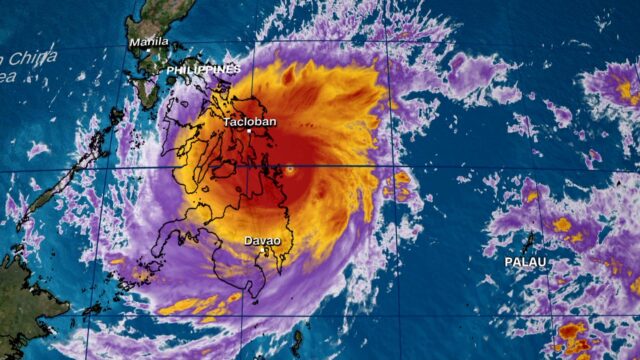 Rescue teams stationed in the region have described the entire scenario as “absolute carnage.” Richard Gordon, the chairperson of the Philippines Red Cross, in an interview elaborated upon the state of the surroundings as the island became almost unrecognizable. He said;

“Red Cross emergency teams are reporting complete carnage in the coastal areas. Homes, hospitals, school and community buildings have been ripped to shreds.”

Furthermore, owing to the absolute suspension and destruction of communication lines, the losses suffered in casualties and property damage has still not been measured. Owing to the all-engulfing nature of the typhoon, it has been feared that there may exist additions to the long list of casualties owing to stray landslides and widespread floods. Gordon elaborating upon the situation, stated;

“Many areas have no power, no communications, very little water. There are some areas that look like it has been bombed worse than World War Two.”

Reportedly, the International Federation of Red Cross and Red Crescent Societies has launched an emergency appeal seeking 20 million Swiss Francs to fund long term relief efforts. The need for the saving and protection of the citizens in the region is only aggravated with the absolute carnage caused by the typhoon in its wake. 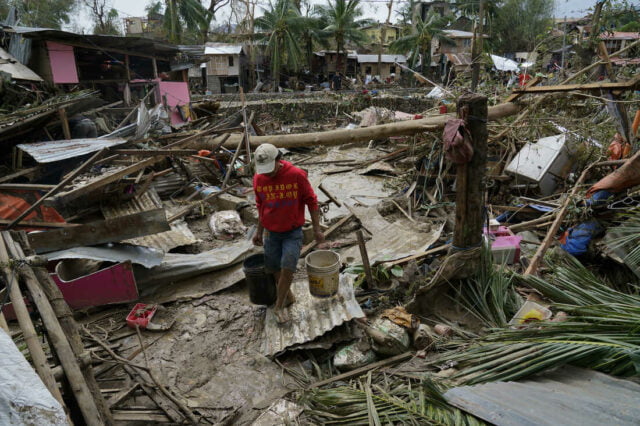 Consequently, the President of the Philippines, Rodrigo Duerte, conducted an aerial inspection of the regions of Siargao, Dinagat and Mindanao islands, which were the worst affected by the typhoon.

Videos posted by his aides reveal the devastation caused in the three islands. The governor of the Dinagat islands posted on Facebook stating that the entirety of the island had been “levelled to the ground.” She further posted;

“The fields and boats of our farmers and fisherfolk have been decimated. We have lost our homes. Walls and roofs were torn and blown off…. We have a dwindling supply of food and water.”

Also Read: In Pics: Life In The Philippines 60 Years Ago

What Can India Do To Help The Philippine People?

India has strengthened its relations with the Philippines government in the past couple of years with a host of deals made between the two nations. India’s Act East policy has now found major takers in the Pacific region and has also enabled the cumulative growth of Indo-Pacific relations.

Furthermore, authorities from both Manila and New Delhi have found a ready friend between them and it is only fair to state that much like how friends act, it is India’s time to support its ally in the East at its time of need.

To instate as to what the Indian government can do to help the country as it begins recovering from the terrible aftermath of the typhoon, it would only be fair for the country to send in support squads to help the Philippines recover faster and at a more steady rate.

There is only so much international organizations such as the Red Cross or the United Nations can do. However, much more than manpower what remains the need of the hour is resources. The typhoon-ravaged nation, as elucidated by Richard Gordon, is running on depleted reserves of food while water is on the brink of exhaustion. 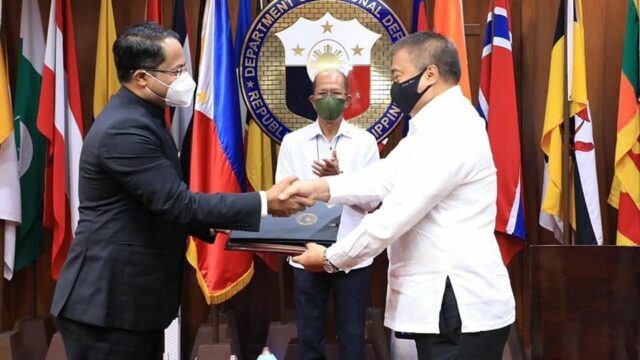 The Philippines needs a friend now more than ever and if the Modi government succeeds in helping them out with the most minimal of resources then it will be a success in the books of International Relations for the Prime Minister.

However, most importantly what we can do as citizens, is reduce the amount of pollution we exhale. According to scientists, climate change and growing pollution levels have led to the formation of typhoons of such intensity much more commonplace. It will only increase from here on in.

As of now, the typhoon is reportedly moving towards China, hopefully losing intensity along the way.

Back In Time: 110 Years Ago Today, Indian Capital Was Shifted From Calcutta To Delhi 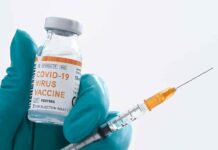 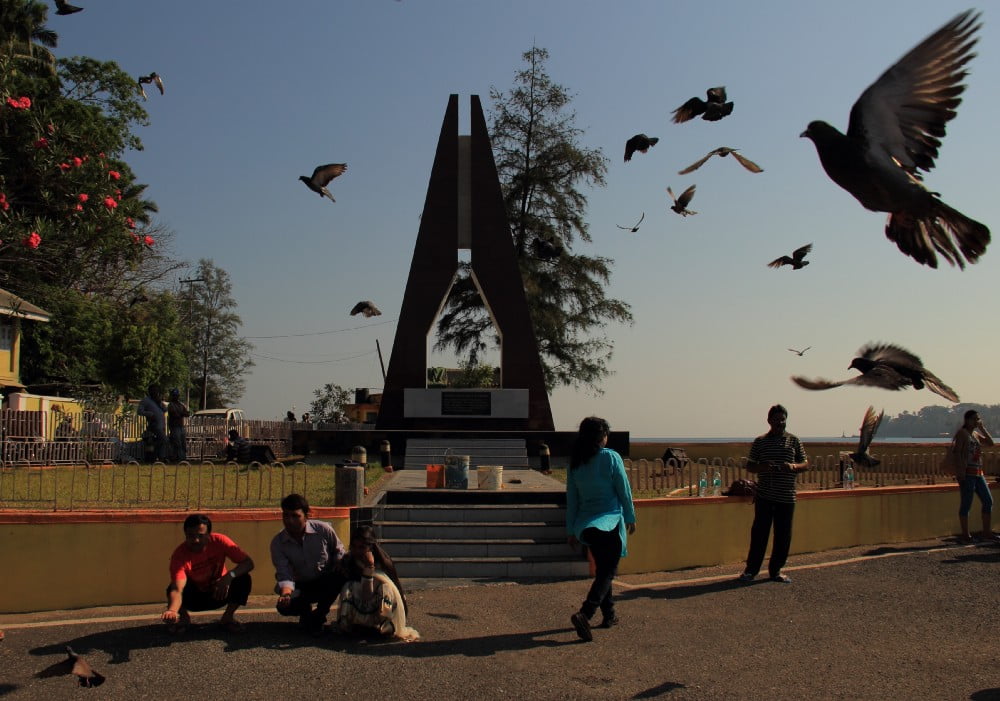