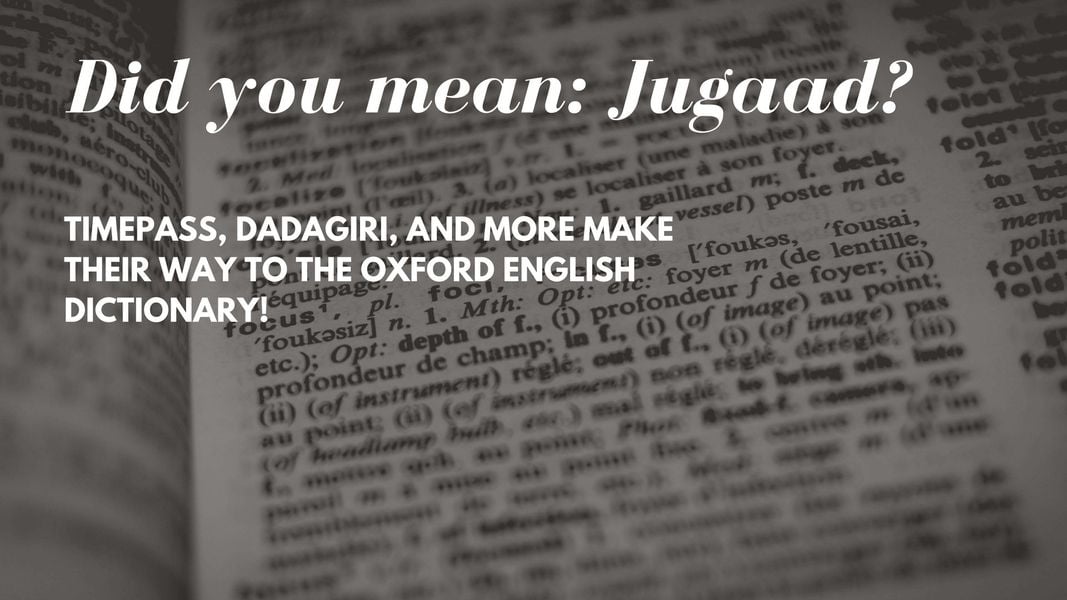 Here’s some rather amusing news coming out of Britain: The acclaimed Oxford English Dictionary has added 70 Indian-English or Hinglish words to their official English dictionary database.

Next time you’re playing scrabble or words-with-friends, it would be perfectly legal to play “Jugaad” or “Gulab Jamun” and get those damn points.

The words are not limited to only Hindi. Common words from Urdu, Punjabi, Tamil, Telegu, Bengali, and Gujarati also made their way to the Oxford English Dictionary.

‌
A lot of the words deal with relationships and food. I mean, it doesn’t get any more Indian than that.

Indians are the masters of making languages work. We have been mixing, blending, and shortening words since time immemorial. I mean, we had to. To say that India is a linguistically diverse nation would be an understatement. India has 122 major languages and 1599 regional dialects according to the 2001 census. It’s no surprise that we have modified English to make it easier to work with.

‌OED officials added in the press release, “Indian English demonstrates how speakers can modify an adopted language in order to accommodate the traditions, values, and norms of their local culture.”

It is clear that the shared history between Britain and India has left behind a legacy of loanwords and other lexical innovations that have greatly enriched the English word stock.

Language is a living entity. It lives and breathes and evolves with us. It only makes sense that as people become more connected, the vocabulary expands. It is quite fascinating how rapidly the English language has evolved and mutated over the years. Of course, all language changes over time but English stands out having gone through the most amount of changes.

The official statement from the OED justified the additions by citing that the Indian English features, “a highly specific vocabulary with no direct equivalents in English.”

These inclusions not only reflect the rich Indian history but also work to promote social and cultural diversity. The way things have been unfolding in 2017, we could all use some liveliness.

Now Watch: Learn from the $90 billion man, Mr. Bill Gates himself on how to turn into a Dominant Success Machine.