HomeCampusThis Village In Karnataka Considers Teaching To Be The Noblest Profession And...
Campus

Inchal, a village in Karnataka considers teaching to be the noblest profession, so much so that in a population of 6000, 600 of them are teachers. Parents insist their children take up teaching as their profession (probably because they are in the same profession too!), and agriculture is only a second preference in this village.

The profession is valued so much that every family in this village has at least five of its members in the teaching profession. Amidst this is the family of Shabbir Miranjannavar of Bailhongal taluk who has given thirteen teachers to the village. Shabbir Miranjannavar, himself, holds the post of the Secretary at the Karnataka State Primary Teachers’ Association.

This wave of taking up teaching as a profession started almost four decades back with His Holiness Dr. Shri Shivanand Bharathi Mahaswamiji of Shri Shivayogeeswar Sadhu Samsthan Math taking the initiative and the culture has only grown over the years

His Holiness Dr. Shri Shivanand Bharathi Mahaswamiji noticed the thirst for knowledge among the people of Inchal and established the Shri Shivanand Bharathi Education Society in 1975. The education society started off as a primary school, primarily to educate people of Inchal and the surrounding regions of Belgaum district. Along with education, the Shri Shivanand Education Society also aimed at creating job opportunities. This ensured a clear win-win situation for the villagers and served as the right drive to ensure that knowledge gained isn’t wasted. This initiation facilitated the start of the Rural Teachers’ Training Centre in 1984. It is important to appreciate this Centre because it throws light on the fact that at least one village in this country considered the quality of teachers to be an important aspect of education, and worked meticulously towards it too.

The education movement started in this village with a clear objective of creating jobs; thus, improving the economic standards of the people of this village. Today, teachers from this village teach in various parts of Karnataka in government run or government-aided schools and colleges and many are even employed in unaided institutions across the state. Sadly or rather surprisingly enough, the plight of many of these teachers is much like a freshly graduated engineer – unemployed. It is said that a considerable number still awaits a posting in a school or college.

The movement that had started to quench the thirst of knowledge has grown from a mere primary school to providing even post-graduate level education. The education society now provides students with a variety of options for graduation and post-graduation level, including medicine. It is beautiful to see how this village adorns the profession of teaching not just before exams or on 5th of September but puts it on a pedestal day after day. At the same time, the reciprocation is seen in attempts taken to ensure quality, and this good mix has certainly helped the village and its people grow.

What happened in Inchal is nothing extraordinary. It a simple initiative that had the ‘genuine’ will and support of the initiator and also the people; something the country needs to learn. Inchal has quenched its thirst for knowledge in four decades, and there are parts of India that still long for it even after sixty-nine years of independence.

The country needs to learn to appreciate and stand together for causes that matter, and not mobilize only at times of adversity. Inchal sets a beautiful example of how people and their village can grow if they wish to do so. Similarly, a lot can change in this country, if each and every citizen comes forward willingly to not criticize but actually bring about a change.

Are Today’s Teachers Really Doing Enough For Their Students? 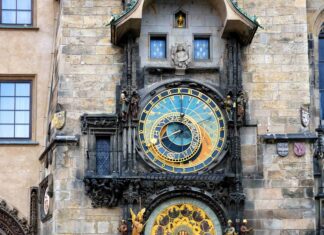