Home ED Originals These Pics From The Comedy Wildlife Photography Awards 2020 Are The Pandemic... 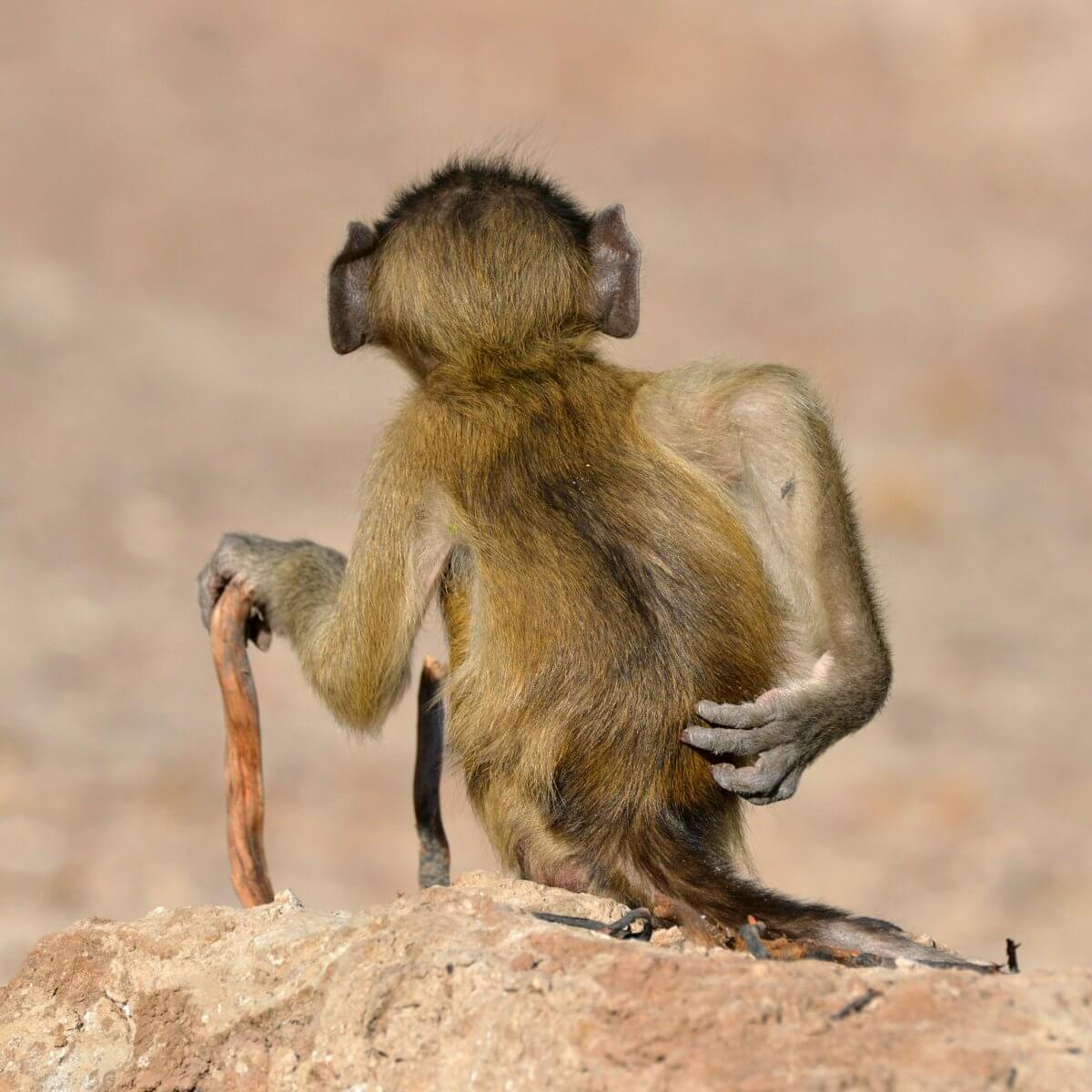 Do you remember that cat from the ‘cat and the lady’ meme? Well, who doesn’t! The quirky meme explicated that animals can be funny too. Indeed, the facial expression of that cat is inimitable. 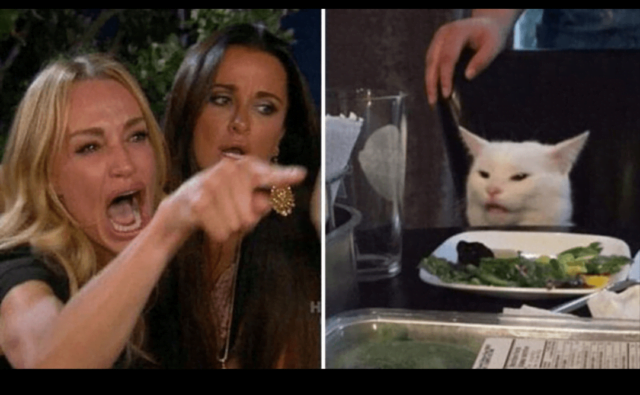 Various studies suggest that animals like dogs, monkeys, cats, and others can laugh, just like us humans. Not only can they laugh but they can have a sense of humour too (pet owners must be nodding here).

Animal behaviour is quite difficult to examine but with their unusual expressions and unexpected tantrums, we are pretty certain that a sense of humour does exist in animals.

The Comedy Wildlife Photography Awards, 2020 was conducted in early 2020 and now the finalists for this year’s edition have been announced. The final winners will be announced on 22nd October at a virtual awards ceremony.

The Born Free Foundation is the competition partner of the awards. The online photography competition renders us with some extremely funny images from the earth’s most phenomenal wildlife.

The Comedy Wildlife Photography Awards not only aims at providing some bone-tickling and de-stressing pictures of animals in this pandemic but its primary initiative is to convey the message of wildlife conservation through engaging and inspiring competition of clicking the most hilarious pictures of animals.

These Pictures Could Make Your Day

The competition finalized 44 top participants as finalists who are now competing to become the winners. Five of the images, which are among the finalists of this year, were taken in India.

The images include a grinning fish, a photo-bombing giraffe, a fox negotiating with a mouse, a short-tempered sea turtle, a swinging monkey, and happy elephants, among others.

Participants sent the images for the Comedy Wildlife Photography Awards from around the world, varying from the snow monkeys of Japan to the lions of Kalahari Desert.

Have a look at some of the hilarious images of animals behaving like it’s nobody’s business!

1) Crashing into the picture by Brigitte Alcalay Marcon 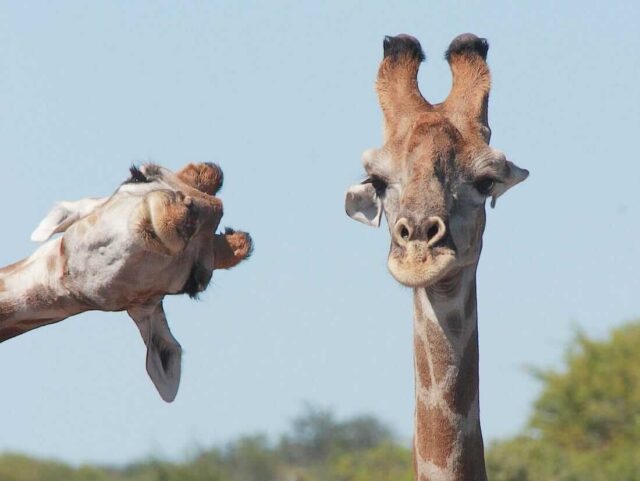 A fox and rodent in Israel. 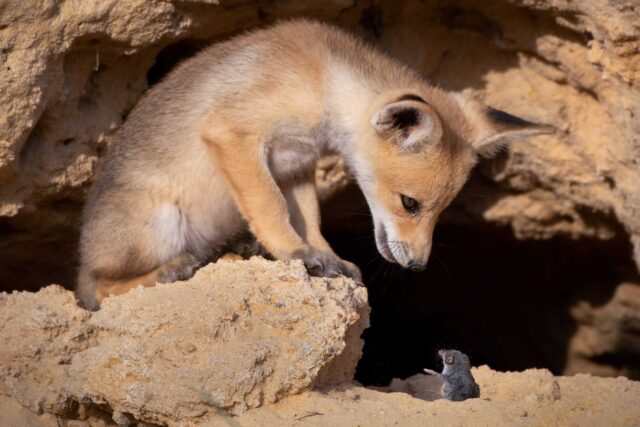 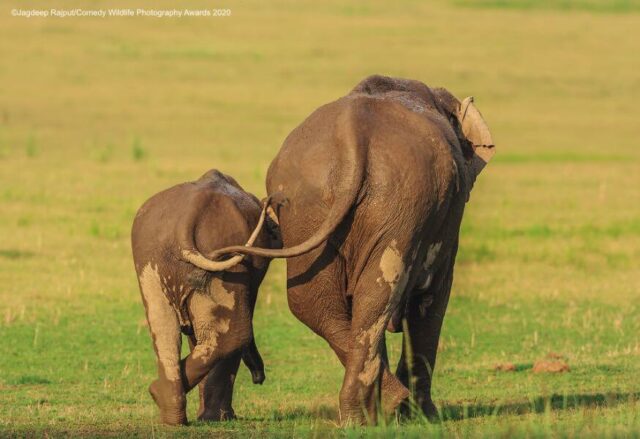 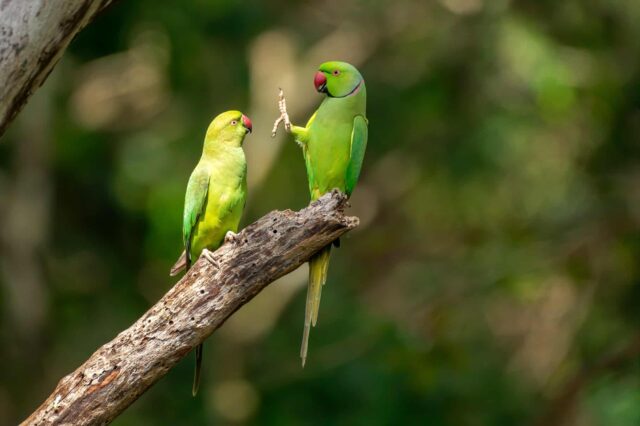 A chacma baboon in Botswana. 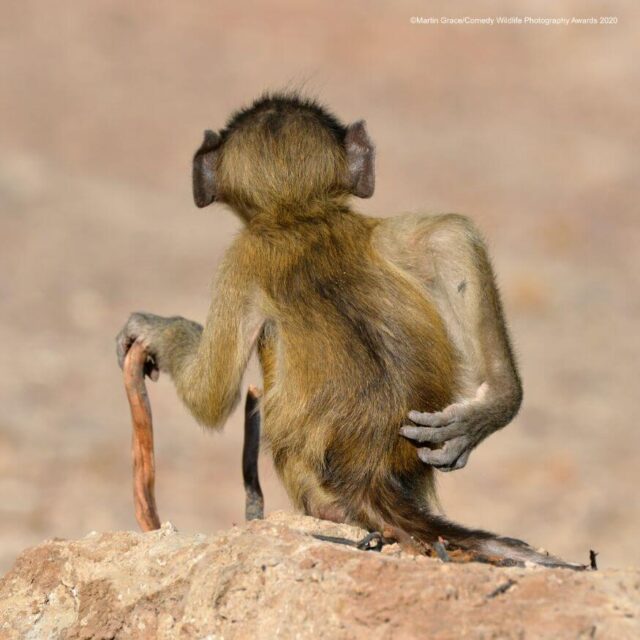 Also read: In Pics: Silly Activities That We Are Ashamed Of Doing But Are Good Stress Busters

A kingfisher in Scotland. 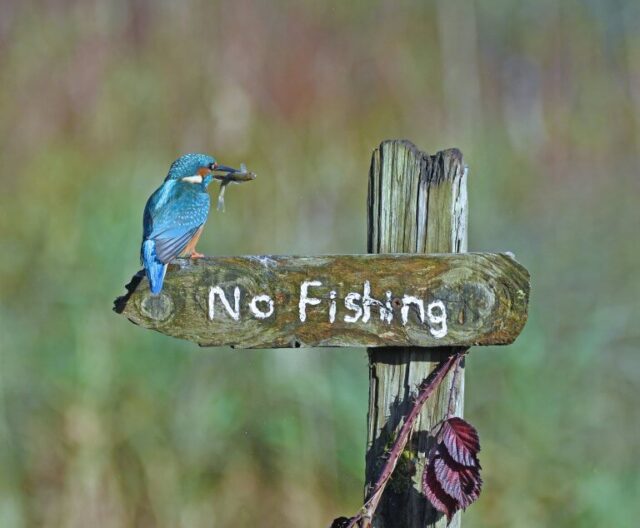 7) Fun for all ages, by Thomas Vijayan 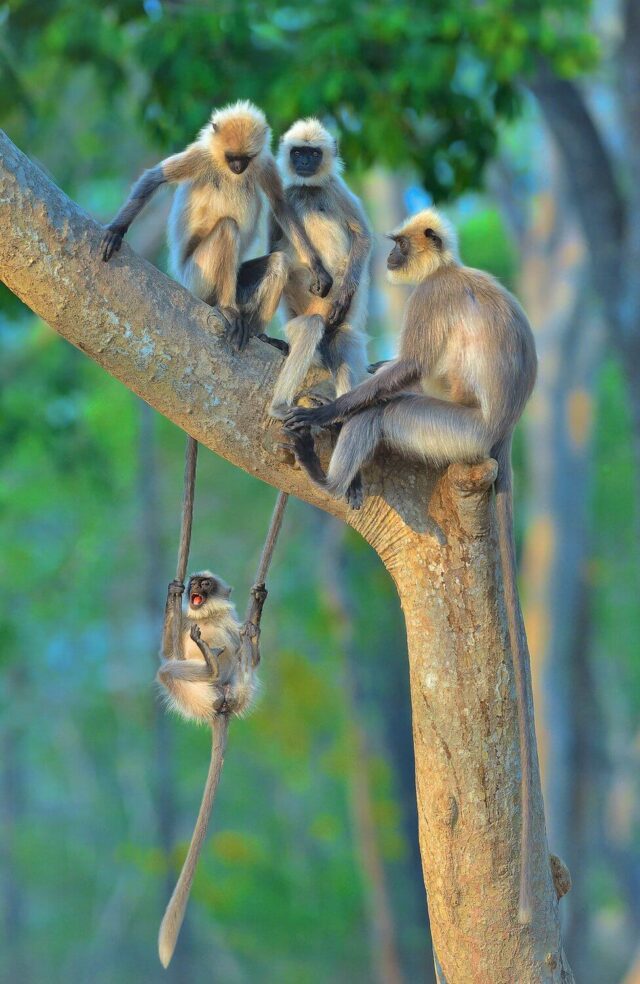 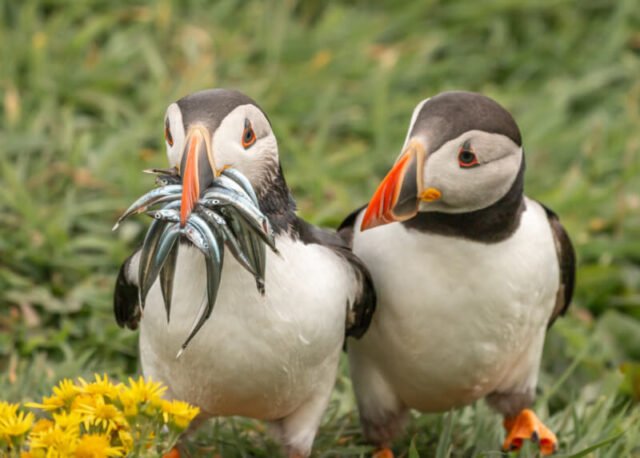 9) Wait up mommy, look what I got for you, by Kunal Gupta 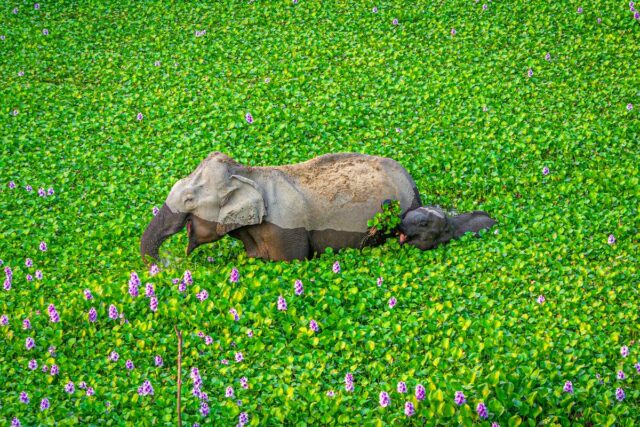 10) Terry the turtle flipping the bird, by Mark Fitzpatrick 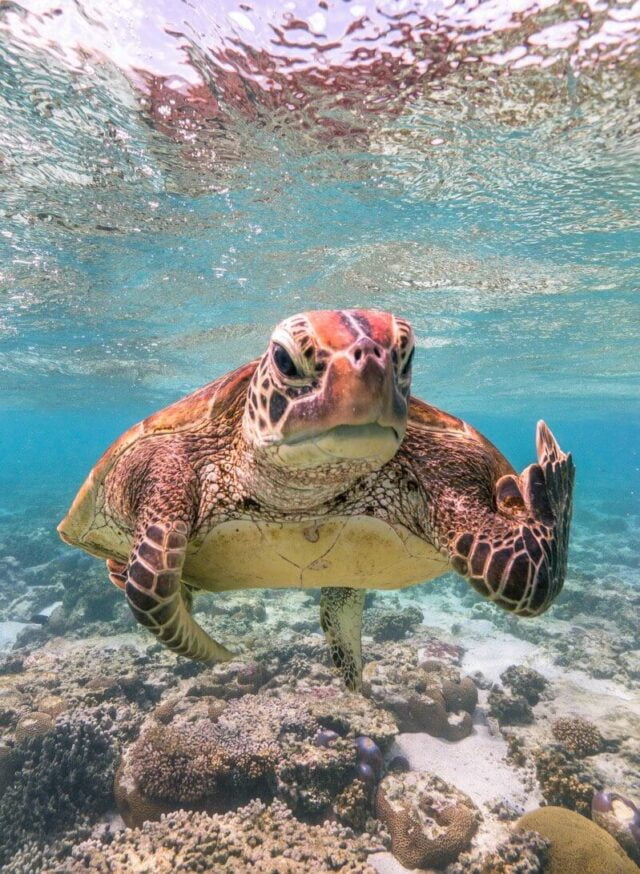 11) We all have that friend, by Yarin Klein 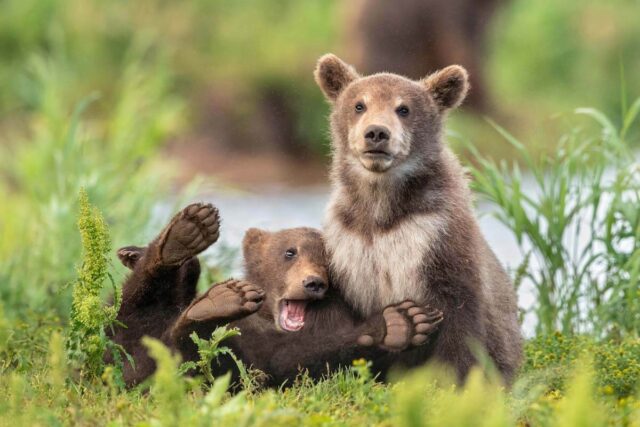 A snow monkey in Japan. 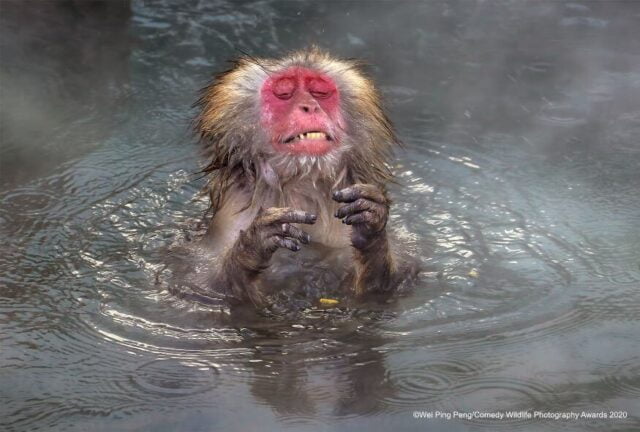 13) Almost time to get up, by Charlie Davidson

A raccoon in Newport News, Virginia. 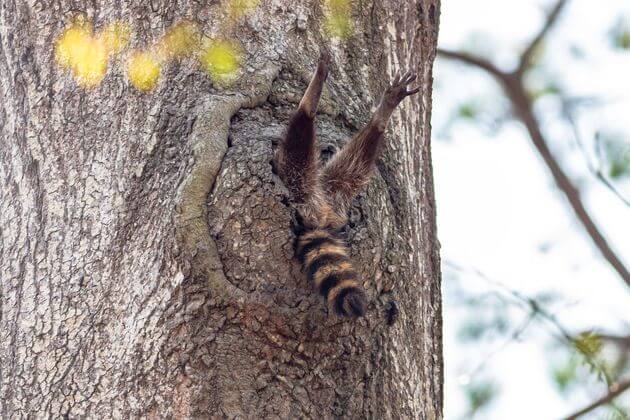 14) The inside joke, by Femke van Willingen

A Eurasian red squirrel in Espelo, the Netherlands. 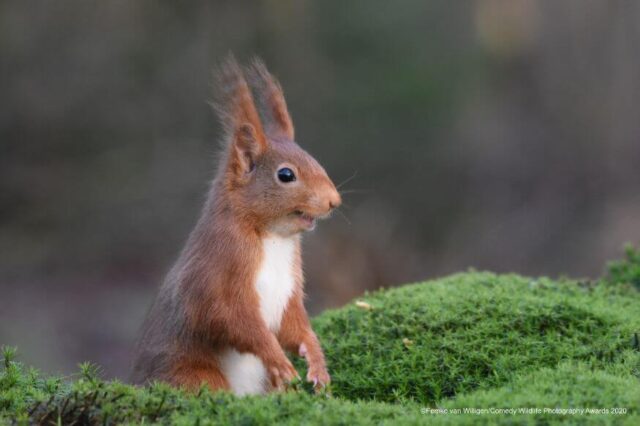 15) I could puke, by Christina Holfelder

Gentoo penguins in the Falkland Islands.

These pictures are no less than a treat to the eyes especially in this pandemic when we are trying to find happiness in small things! 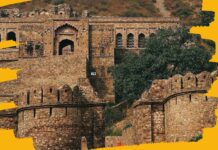