This case is all about connecting unrelated dots and reaching to the final conclusion which could debate-ably be “Sab ke sab CHOR hai”.

CBI conducted a raid at Rajendra Kumar’s office in relation with the corruption charges against him when he was working under Sheila Dixit. This was a blow to Kejriwal’s claim that all his associates are clean.

Rajendra Kumar is a very close aide of Kejriwal. Rajendra had qualified IIT and IAS both just like our Kejru.

Guess what did Kejru do as soon as he got the news of the raid? Answer: TWEET #GodBlessDigitalIndia

Seeing his buddy’s house getting raided he lost his cool and threw ink at Arun Jaitley and his BJP. Kejriwal alleged that CBI was looking for files related to the DDCA corruption matter and not in relation to Rajendra.

Kejriwal even said that CBI is the slave of Centre. (truth hurts, doesn’t it CBI?)

The Feroz Shah Kotla stadium, the only place where India is still unbeaten in ODIs, is owned and maintained by DDCA. DDCA is known for it’s neck deep corruption. The proposed budget for the stadium’s repair was 24 crores which escalated to 114 crores spanning 5 years.

On public demand, Kejriwal set up a 2 member committee to investigate the charges against DDCA. The report was recently submitted last month mid November.

Kirti Azad is a BJP MP from Darbhanga, Bihar. He is a former cricketer and son of former Bihar CM. He had brought out financial irregularities in the DDCA on various occasions in the past. But still we got to know about it this December. #BravoMedia

He rose against his own party member Arun Jaitley and demanded probe against him. He was told to shut up by BJP recently when he said that he is going to hold a press conference.

The conclusion according to me, as I said above could be: “Sab ke sab chor hai”.

The most clear assumption one could make from it is that The BJP and the AAP had a deal? Perhaps, perhaps not!

One raided. The other backfired. #NotSoMindlessThisTime #Possibility

So to connect the dots,

Kirti Azad and Kejriwal are on one side and the other side comprises of Arun Jaitley and his fellow batsmen, that is, BJP.

And now everyone has forgotten about the corruption charges on Kejriwal’s secretary. Now the BJP is trying hard to win the battle.

Well done Kejru. And you said you never liked politics. 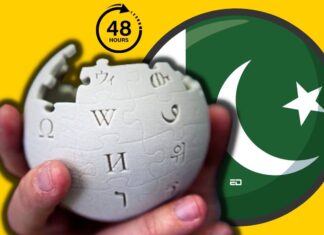