Home Sports The Never Ending Debate: Should There Be A Winter Break In The... 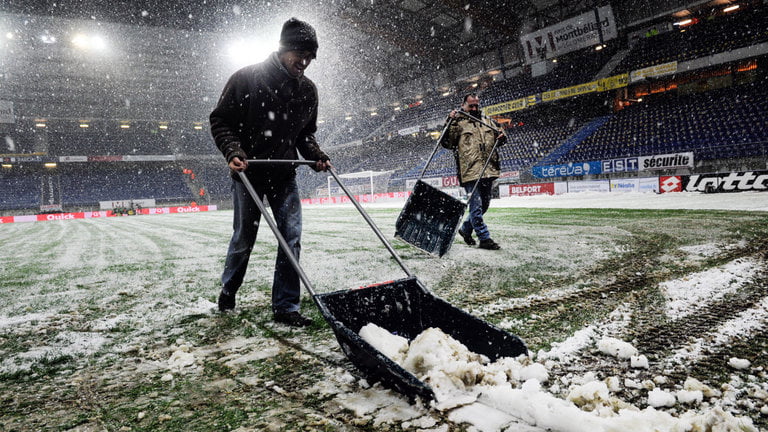 The winter period has started and the never-ending debate of whether there should be a winter break in football to give the players ample amount of rest has kicked in gain.

We have analyzed a few factors that make the FA deny a winter break but also receive scathing criticism for it.

Why Play During Winter?

According to various sources, it is said that English and German military people brought down their weapons to play a game of football during World War 1 during the winter period in 1914. From there on, boxing day football has gained significance for English. Fixtures are intentionally designed to have more close town rivals play each other to magnify the atmosphere. The supporters are on vacation and thus travel to as many matches as possible to enjoy the break.

Also read: Italy Crashes Out Of The World Cup And With It Ends The International Career Of Buffon

While watching more PL football during Christmas, as most of the other leagues do not play in the winters results in huge advertisement for the league, I personally believe that this should be done away with to ensure a better standard of quality play over the course of the whole season. Last season, United played out some boring draws during and after the winter period because of increased fatigue from constantly playing over the Christmas period.

Every expert is of the view that if there were a winter break, English teams would perform considerably better than they have been in the recent past.

To give a recent relevant example, Liverpool had lost out to Seville in Europa League Finals. In the first half, they were comfortably controlling the match and had taken the lead via a screamer of a goal from Sturridge. In the second half, they underperformed because their energy levels had gone down considerably because of fatigue and less rest than the Seville players. The Spanish team strolled past the Scousers and won the much-coveted cup.

With the World Cup in Russia looming large, it becomes even more sensible to give respite to players of EPL so as to allow them to get their batteries fully charged for the World Cup. While coaches like Klopp and other staunch supporters of the winter break continue to beg for it in order to help prevent fatigue, there are people like Wenger who value traditions over such matters.

“I would cry if you changed that because it’s part of English tradition and English football.

“It’s a very important part of us being popular in the world, that nobody works at Christmas and everybody watches the Premier League.”

Discard The League One Cup

This is probably the most logical thing to do if the break isn’t feasible for the FA to go forward with. The League One cup is an utter waste for the players and Guardiola and Conte have regularly criticised the tournament.

The teams of PL field their second and third string sides to keep their star players fresh for the rest of the PL campaign, thus, devaluing the League Cup.

I personally believe that there shouldn’t be a winter break but the League One cup should be discarded to give the players that leeway to have a little break.

This Time It Is Neymar Who Has Been Targeted By ISIS