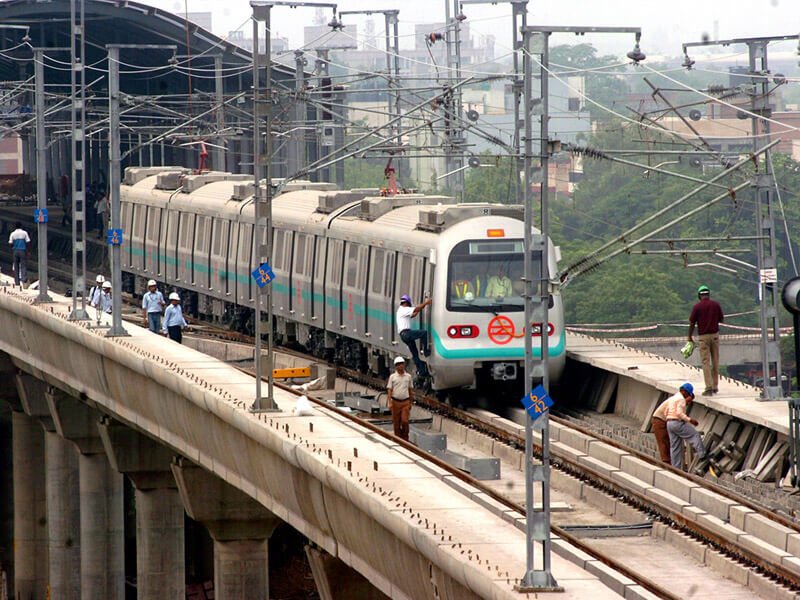 Delhi Metro is one of the most convenient and thus important mode of transportation especially for those coming from out of the state borders.

People living in Noida and Gurgaon have a higher need for metro since the distance between the 2 areas that is Noida/Haryana and the inner city of Delhi is quite a lot by car or bus.

Add on top of that the major traffic issues that can last a good hour and over, metro truly is the best option to reach the needed destination like college or office without having to waste precious money on petrol or long waits in traffic. The Delhi Metro truly kills the travel time by almost half and allows one to reach their destination much faster.

Speaking specifically from Haryana’s point of view, things might be getting even easier with the latest Delhi Metro Green Line.

This line currently connects Inderlok to Mundka and according to sources, it will be extended to Bahadurgarh with the line set to be opening around next month. What Does This New Line Mean?

After connecting Gurugram and Faridabad, this new Mundka-Bahadurgarh corridor will be the third one to connect Haryana to Delhi.

Said to make commuting a bit more speedier and easier, this new link will improve connectivity and add in more areas thus bringing metro closer to their sectors.

As per reports, the new link will supposedly have 7 stations that will include:

Work on this new link will apparently begin after the remaining sections of the Delhi Metro Magenta Line that connects Kalkaji Mandir to Janakpuri West are fully operational.

The Mundka-Bahardurgarh corridor will be reportedly around 11kms long and will run along the NH-10 on an elevated viaduct similar to other metro lines in these areas. Read More: Delhi Metro: Time For Some Relief For The Students And The Elderly?

The Delhi Metro Rail Corporation (DMRC) has been seeing trials since last year December and though the viaduct is almost ready, a crucial link to the train depot that needs to be constructed to cater to this section.

Apparently, without this link, the current estimated frequency of the trains will be of 25 minutes which is an extremely long wait time seeing as how other metro stations have a minuscule gap of 2-5 minutes between each train at the most.

The reason for this is the missing link that connects the train depot and the corridor since DMRC has not been able to construct a track connecting them because of no available land.

This means that there will be no space to park the extra trains that are needed in order to provide the normal frequency we see on other metro links.

Mangu Singh, the managing director of DMRC was quoted saying that, “We will have truncated services because we can’t hold the number of trains in the existing depot.”

If this link is constructed, according to reports, it can reduce the wait time to just 6 minutes between each train.

The Commissioner for Metro Rail Safety (CMRS) will be inspecting the corridor on May 30 and only after their approval will the section become open to the public.