Home Campus OpED: The Job Situation In Kerala Is So Bad That After Clearing... 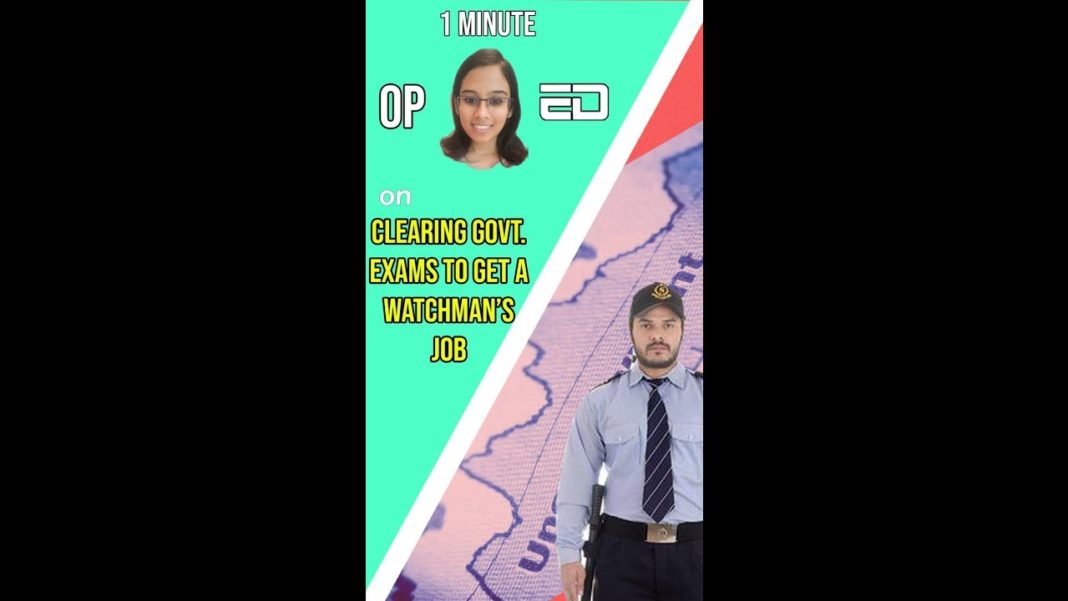 This article is based on the true experience of someone (identity kept secret) very well known to me.

In Kerala, most youngsters prefer getting government jobs rather than joining the private sector.

This is due to a variety of reasons- job security, stability for life, and non-torturous working hours.

I have seen many of my friends and family in Kerala finish their bachelors or masters, and immediately start writing the UPSC and PSC exams.

Clearing an exam to become a watchman?

Recently, someone very well known to me, who has been trying to crack the exams for years, finally made it, along with several other aspirants.

However, his dreams of getting a cushy government job are still (sort of) on hold.

There is an acute shortage of jobs in the state.

While girls were somehow accommodated in indoor positions, the young men who cleared the PSC exams were taken on as watchmen.

Yes, it is a government position, and they have been promised promotions, but isn’t it an anticlimax to finish your education and write a competitive exam, only to secure a position that does not require any qualification at all?

While we don’t know the exact reason behind this, here is my theory:

Small state, many people: The population in Kerala has been on the rise, and while there are many Malayalis who leave the state to seek their fortunes elsewhere, the number of people staying back is still huge.

It is not a state with the geographic area of Uttar Pradesh or Madhya Pradesh- in a relatively small state like Kerala, there can only be a fixed number of government positions as beyond that, they are not required for the administration of such a small state.

However, a large number of people still aspire to work for the government, but due to the population boom, the number of entrants is greater than the number of retirees.

Read More: Watch: Here’s What Indian Scientists Have Contributed To The World And Yet Never Gotten A Nobel Prize

It is also not possible to deny everyone who has cleared the exams, so they are taken in wherever possible, even for posts far below their skill set, on the promise of a promotion once there is a vacancy.

However, this creates a new problem

Positions like watchman and security guard provide secure employment to several people who have not had access to much education.

With more educated people taking over these positions too, those who haven’t had the privilege of going to college will find themselves out of a job.

What are some ways to resolve this situation in the state?

One is for more people to opt for the private sector or open their own businesses, but it’s not possible to convince people to let go of their aspirations for a prestigious, secure government job.

If you have any possible solutions in mind, do share them in the comments below.