Home Social Opinions “Tag A Rahul Who Will Marry Her” Memes Are Racist & Not... 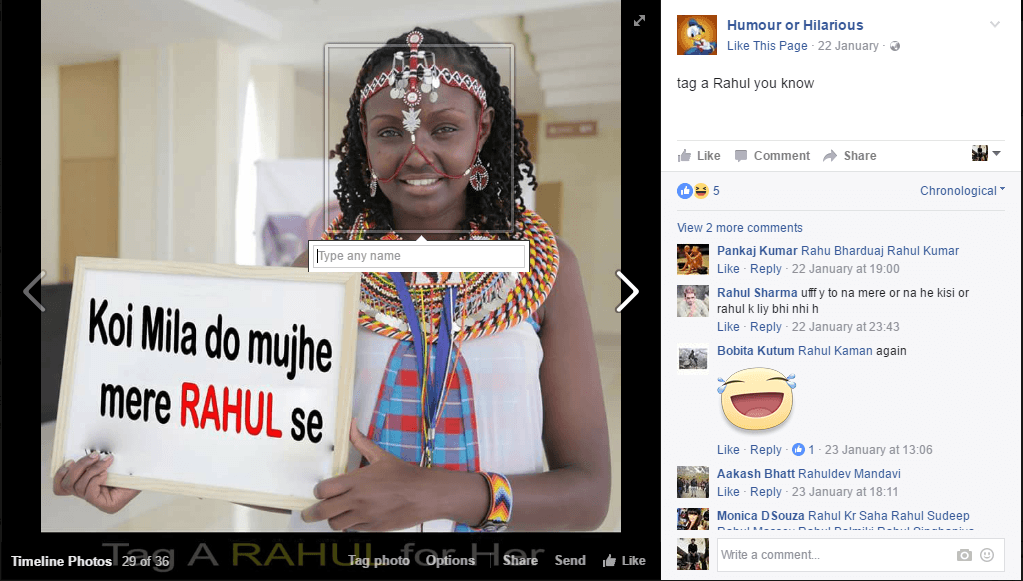 Of late, this trend of tagging people in random so-called-non-funny memes with an image where either a fat or a black man/woman is present with the caption “Tag a Rahul who will marry her”, has been catching up shamelessly. I’ll analyze the meme for you. It has either of the four categories of people as the main image:

It has either of the three categories of caption on it: This type of meme has been picking up on Facebook and Instagram in India. Pages with thousands of followers, which earn their revenue by sharing sexist and racist jokes, have no shame and don’t think twice before uploading.

But it is not like the Indian audience is any more innocent or not guilty on their own.

This shit, I believe, is nothing new to India.

Before moving ahead, let’s just establish one fact: Indians are racist.

Indirectly, or rather directly, it has been ingrained in our minds that fair complexion is superior, royal and better.

Being a college student, it makes me deeply uncomfortable to see educated people, people who have a freaking college degree, tag their friends under such racist bigoted memes. We “fall prey” to such practices only because deep down we are racists.

From supporting fairness creams to treating dark-skinned people as dirty and ugly, we have come a long way, such a long way that we if we look back we’d find ourselves drenched in a quagmire.

So, I’d humbly suggest every person out there, on whose timeline such memes show up, to kindly report the post. And if you aren’t someone who can spare two three clicks and few seconds for supporting a social cause, you could just ignore the meme and not tag someone at all. That wouldn’t take time, right?

And the fact that we are openly racist on social media validates my argument. Let’s take a moment here and think. You are laughing at a person who is inherently black, with no fault of his, and only because he is born of a particular color. You find this funny? There are thousands of other reasons to make fun of him but you chose colour? Moreover, he’s not your friend. He/She is just a random person you don’t know.

I’m waiting for the day when some uneducated and unaware person posts a photo of Morgan Freeman with the caption “Tag someone who would marry him” and people will start going berserk over the user. Till then, try not to be racist.