With Diwali just a few days away, most employees get ready for a good Diwali bonus that many Indian companies give.

This bonus is not just for the festival, but also makes the employees feel special and valued which increases their loyalty towards the company and increases productivity.

But most of the times, these Diwali bonuses is usually some extra cash, or small gifts like Diwali decorations, vouchers/coupons, etc.

However, this Surat diamond merchant seems to have left all companies behind in giving the most extravagant and over the top Diwali gift for his staff.

Surat based diamond merchant Savji Dholakia, the Founder and Chairman of Hari Krishna Group has given almost 600 cars and fixed deposits as gifts to almost 1,700 employees. 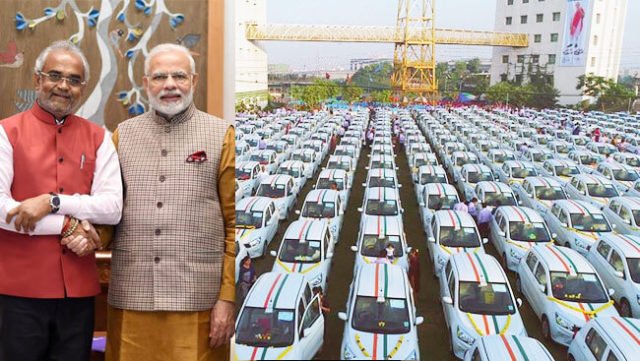 What Is This And Why?

On 25th October, Savji Dholakia, posted on his Facebook about how as part of his company’s loyalty bonus program they would be awarding almost 1700 diamond artists and engineers with cars and fixed deposits.

Between the cars and FDs, 600 employees chose the cars while the other 900 chose a fixed deposit.

Not only that, but since this was part of the Skill India Incentive Ceremony 2018 event held in Surat, for the first time, 4 special employees travelled to Delhi where PM Modi personally handed over the keys to their new cars.

The Prime Minister of India also later gave a speech to the remaining employees who were at the event in Varachha through a live video conference.

In a statement to TOI, Mr. Dholakia stated that, “1,500 employees have qualified under the loyalty programme, of which 600 have opted for cars while 900 will be given fixed deposit certificates. For the first time, employees will receive car keys and bank certificates from the hands of PM. Our four employees including a physically challenged daughter are in New Delhi. They will be meeting PM at his residence at 10am to accept the car keys. PM will also address the employees of Hari Krishna through video conferencing.”

What All Is Included In This?

The whole worth of the gifts being given to the employees is estimated around Rs 50 crores with 2 car options being available that is, either Maruti Suzuki Celerio or the Renault KWID.

The ‘loyalty programme’ was started in 2011 by the founder and has been followed almost every year except last year when it was skipped.

Perhaps the most extravagant year would be 2016 when Mr Dholakia as the Diwali bonus awarded 2 employees with a Mercedes Benz car along with gifting 400 flats, and 1260 cars to the rest of the workers. 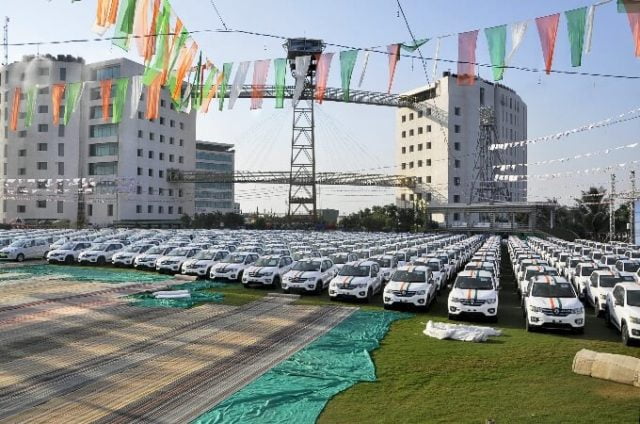 Not just that, but the company, Hari Krishna Exports early in 2018 had completed 25 years and the employees who had been with the company since then had been gifted with Mercedes-Benz GLS SUVs that was supposedly worth Rs 1 crore at that time.

3 employees, named Mahesh Chandpara (43), Nilesh Jada (40) and Mukesh Chandpara (38) who had become a part of the company when they were in their early teens, had been the recipients of the luxury SUVs.

This year itself, from the 5,500 employees almost 4,000 have already gotten their Diwali gifts.

Coming from the small Dudhala village from the district of Amreli, Savji Dholakia had come to Surat back in 1977 with only Rs 12.5 for the bus ticket fare. Over time, he built an empire and now currently runs a diamond business worth over Rs. 6,000 crores.