SexED: 5 Controversial Deleted Scenes From Mahabharat You Must Know About

Disclaimer: My intention is not to hurt the sentiments of any religious group, the article talks about supposedly true facts from the epic of Mahabharat which have been censored/pacified over the years. These facts are not from a hard or verified source, and hence this article is open to discussions or changes if you can cite a verified source.

In the era when people condemn talking about sex openly, it is important to bring out how the very foundation of Hinduism and Kalyug- India talks so openly about it, and how it has been euphemized over the years by the people of its own culture.

Long ago, Shantanu was the king of Delhi (Hastinapur). Moral, radical and powerful. He once met the goddess Ganga, had sex, and left. Many years later when he is married, Ganga comes one day and hands him his son: Devrat (Bhishm), who is like him: moral, radical, and a great warrior. But King Shantanu had promised his wife’s father that their son would become the king. So to end his father’s confusion, Bhishm takes a vow that he will never take the throne, nor will he ever have sex, so that he has no offsprings who can claim the throne (this was the primal cause of the war).

Shantanu’s sons by his wife are pretty much the opposite of him. One of them is high, while the other one isn’t a good warrior. To get them a wife (and a life), Devrat goes to Amba, Ambika and Ambalika’s Swayamvar and abducts them. Ambika and Ambalika agree to marry the princes, but Amba says she has a lover and will marry him only. Devrat agrees and lets her go. However her paramour refuses to marry her as she was abducted by Bhishma, so she goes to Bhishma to ask him to break his vow and marry her, but he rises up (moral music plays) and says,“I promised my father, I can never break it.” And so Amba has to kill him of course. Later.

Now those princes die, one of them high while other in a war (obvious). Their widows are childless. So to get them sons, the most intelligent and famous Brahmin of the time: Vyas is called upon to “bless them” (called Niyog: this tradition is said to have existed a very long time in Indian mythology). But he looks pretty obnoxious. Ambika can’t even bear the sight of him, so while doing it she closes her eyes. Result: Dhritrashtr- a blind child. Ambalika is so frightened to see him that she goes pale while doing it. Result: Pandu is born jaundiced. I know it is lame. But that’s what they say happened. Anyhow, the Brahmin is scheduled to come 3 times. The third time the queens trick him to go to a maid’s chamber. Result: Vidur, who grows up to be the Mahamantri of Hastinapura, one of the wisest characters in Mahabharat.

Both Dhritrashtr and Pandu grow up to be like their grandfather Shantanu. However Dhritrashtr is denied the throne by Vidur(why else would I mention a character?) because of his blindness. So he grows jealous and agitated with Pandu, and everyone, and everything.. One day Pandu is on his honeymoon with his wives after a brief war, Pandu’s second queen Madri sees a beautiful deer/gazelle and asks him to bring it to her. Pandu follows the deer and finds it mating with its female counterpart; however he shoots an arrow at it (Another primal cause). But as it turns out the deer was a Brahmin in disguise. The Brahmin curses Pandu that he can never have sex (because he didn’t let the Brahmin have sex in peace), if he does, he’ll die. In sorrow of his disgraceful acts, Pandu exiles himself (for he is the king!) as a punishment. Dhritrashtr is made the interim acting king, but he assumes the powers of a Samrat and does evil things in his regime.

Dhritrashtra’s wife Gandhari (princess of Gandhar) had blindfolded herself for life when she married him (Princesses I tell you!). As both were blind, it was obviously difficult to have sex. Their unconventional sex caused an unconventional pregnancy to Gandhari: two years. The result of which was a big pound of flesh. Ved Vyas split the flesh into a 100 parts. And with some devilish magic, out came the 100 Kauravs. Meanwhile Pandu gained knowledge about his first wife kunti’s boon that allowed her to ask for sons off Devtas. So she asked for 3 sons for herself and 2 for Madri. One fine day Pandu being a romantic gentleman realises that sex is worth dying for (seeing his beautiful wife Madri). So spellbound, he forgets about the curse, has sex with her, and dies.

Madri in sorrow dies with him.

Upon their father’s death, the Pandavs return to their kingdom Hastinapur, and the Pandavs and Kauravs are sent to Dronacharya’s boarding school.

When they grow up, Pandavs are sent to a palace made of lac (a highly inflammable material) as a conspiracy to burn them. They somehow manage to escape, and run away to exile. While in exile Pandavs attend Draupadi’s Swayamvar. Arjun wins and marries Draupadi. When he comes back home he tells his mother, “See mom, what I won today!” and she, praying at that time, says “Whatever it is share it with all your brothers” Arjun insists, “No, mom take a look..” But she engrossed in her prayers says,” Arjun I order you to go and share it with everyone.” And so Draupadi marries all five of them. Saying that she will have sex with only one of them in one year. And would also cleanse herself at the end of each year by means of a “Havan”.

Moral of the discussion:-

When you receive this message “Your requested URL has been blocked as per the directions received from Department of Telecommunications, Government of India. Please contact administrator for more information.” don’t just blindly follow, install a proxy and access it.

Facebook
Twitter
Pinterest
WhatsApp
Previous article
MP Had 30Kgs Of Blue Ice Falling From The Sky: Is It Water Or Something Gross?
Next article
Turning A Pre-owned Car Into A Luxury Car: 4 Top Tips 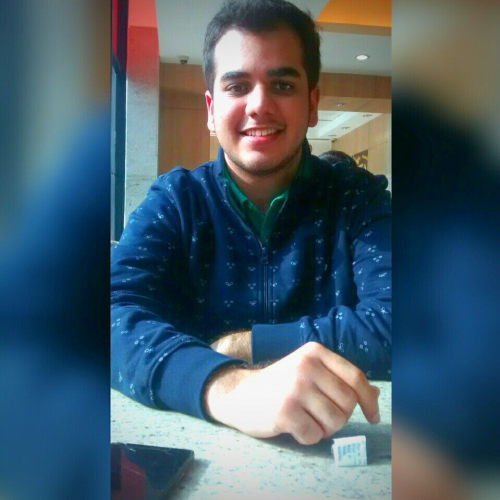 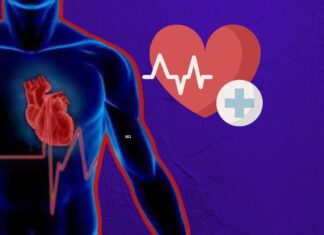 Chirali Sharma - December 5, 2022
Disclaimer: Content warning for people collapsing and heart attacks. There is a recent phenomenon going on, where an increase in heart attacks among Indians, especially...