Another day, same old story. The story of chauvinism, women’s oppression, caste discrimination, and corruption. But this time, it is more gruesome than ever. We are talking about the Hathras gang-rape incident, which has left the nation in shock and anguish.

What Is The Hathras Gang Rape Case?

A 19-year old Dalit woman named Manisha Valmiki was gang-raped by four upper-class men in Uttar Pradesh’s Hathras. She fought for her life for two weeks before succumbing to her injuries yesterday in Delhi.

Not only was she raped multiple times, but her spinal cord was also broken, and her tongue was cut. It is as inhumane as it can get. However, the police suggest that the cutting of the tongue was only accidental and not committed by the accused.

The four accused men have been sent to jail. The case will be dealt with by the fast-track court for a speedy decision.

Now, in most such cases, the crime is what sends a shiver down the spine. But in this case, it is what happened after the crime that has left people shocked and afraid.

The police cremated the victim’s body without her family’s consent, allegedly to eliminate any evidence. In the videos circulated on social media, the close kin was pleading the police to hand over her body to them so that they can perform the last rites.

Policemen had formed a human chain around the body to prevent the family from getting too close to the body. The victim’s brother had told that the family members, including the women, were beaten up.

Reaction Of Netizens And Justice Katju

Naturally, this case took social media by storm. From Twitter to Instagram, this is the one topic that everyone is talking about. Hashtags #JusticeForManishaValmiki, #ShameOnYouHathrasPolice, and many more like this have been top trending on Twitter. 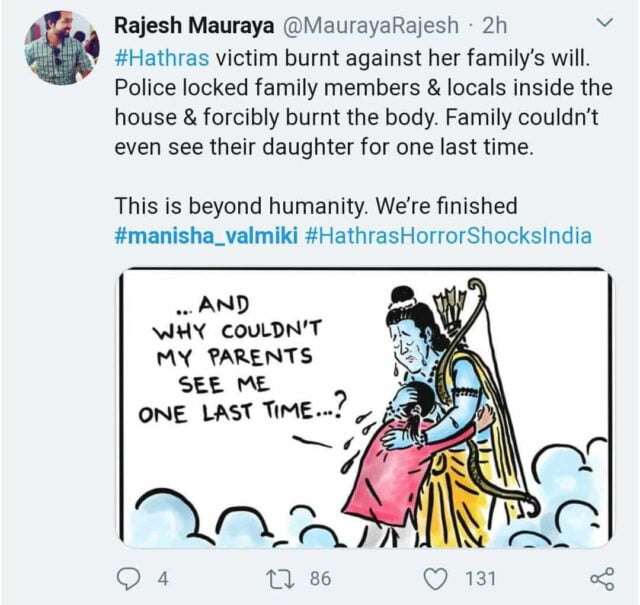 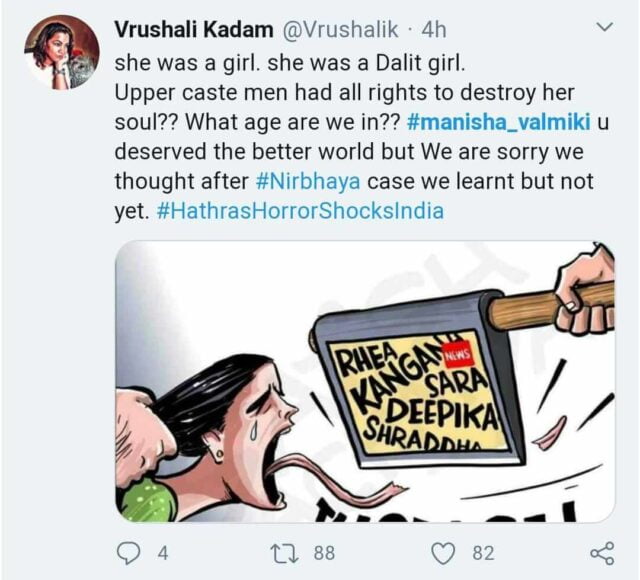 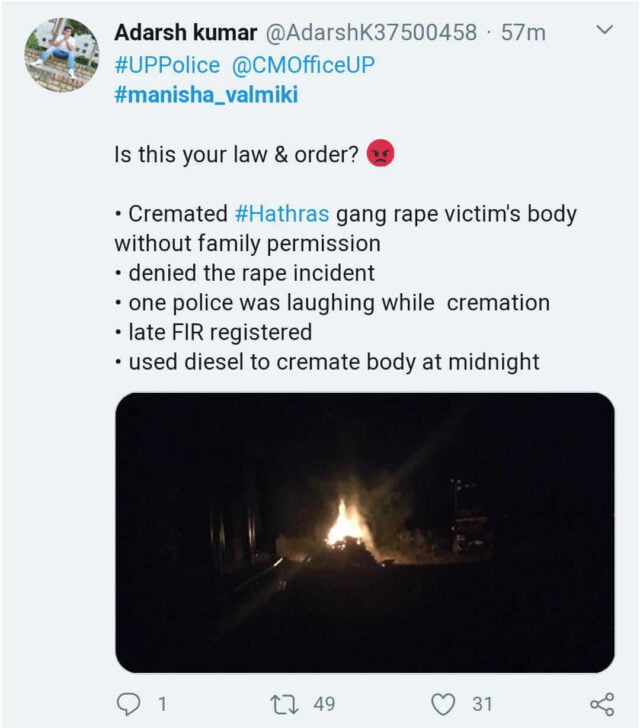 Amidst people’s angry tweets, one post stood out the most for its sheer stupidity. Former Supreme Court Judge Markandey Katju blamed rising unemployment for rape cases.

‘Sex is a “natural urge” in men and is the next requirement after food.’ He went on to say how in a country like ours, one can ordinarily have sex only through marriage. So as per him, rape remains the only solution to satisfy unmarried men.

I mean, consensual sex before marriage comes on the top of my mind when I think about this. But that is, of course, “unsanskaari” when compared to rape.

Is There A Connection Between Rape And Unemployment?

Several studies have been conducted from time to time, and the conclusion is only one. No! There is no proven connection between rape and unemployment.

“Policymakers often use the argument that the idleness and frustration caused by unemployment lead to rape. These arguments are evidence of the symptomatic treatment of rape culture in India”, suggests a study by a student from the University of Delhi.

Plus, unemployment is there for both men and women. In fact, women not only have a harder time finding jobs but the wage gap only adds on to more woes. But, how many cases do we come across where multiple women have gang-raped a man?

So, this argument stands null and void. Such baseless assumptions only shift focus from the main reason – toxic male chauvinism. Sadly, this is not the first time that someone has pinned the reason for rapes on unemployment.

Two years back, a BJP lawmaker from Haryana, Premlata Singh, also correlated the two saying, “The frustration that has crept into the minds of our youths is one of the reasons behind such incidents (rapes). Youths who are frustrated, unemployed, and unsure of their future commit such heinous acts.”

If unemployment was such a pivotal cause behind rapes, then employed men shouldn’t rape. But, what was the whole #MeToo movement about then? The #MeToo movement was a medium for women to raise their voices against the heinous crimes committed by powerful and “employed” men.

Moreover, if unemployment can justify rapes, then it should justify other crimes like robbery or murder too. These crimes are committed to satisfy the hunger for food, so why are they illegal?

Jurist Katju is notorious for his perverted remarks on women. His non-sensical comments only add on to his TRP and popularity.

However, with a matter as sensitive as gang rape, one would expect an influencer like him to behave sensibly. Influential people like him have the power to shape the mindset of the country’s youth.

Plus, if men are feral enough to lash at women because they have nothing better to do, maybe we should start those neutering camps for unemployed men too, just as we have for street dogs. That ought to help, eh?

Gangrape Survivor Booked For Alleged “Misbehaviour” In The Court