As we have seen from the 2011 wedding of William, Prince of Wales and Kate Middleton, and the more recent union of his younger brother Prince Harry and Suits actress Meghan Markle, marrying into the British Royal family is quite a big deal. Becoming the spouse of a British royal is a huge lifestyle change, and it comes with several rules to be followed in day-to-day life, not all of which make sense to the common public.

If the soon-to-be royal spouse is not already a member of the Anglican Church of England, it is necessary for them to convert to this facet of Christianity, as done by Meghan Markle shortly before her wedding.

British royals are also not allowed to marry Catholics, as the Church of England is the head of Protestantism in England, following its founding after King Henry VIII’s famous breakaway from the Catholic church centuries ago, in order to marry his mistress, Anne Boleyn.

Women in the royal family are not allowed to wear bold shades of nail polish, and are restricted to pinks, nudes, and clear polish.

A royal spouse is also not allowed to wear jeans in public.

A Display of Respect

A royal spouse has to walk one step behind the King/Queen on ceremonial occasions. This can be observed in the case of Queen Elizabeth II and her husband, Prince Philip, Duke of Edinburgh- he always walks a step behind the Queen.

Read More: Meghan Markle Breaks These Traditions At Her Royal Wedding, Like A Queen

One is not allowed to take selfies once married into the British royal family. Probably because their life is now mostly formal in the public eye, and protocol demands that they are photographed on important occasions by the designated professional photographers. Marriage into the royal family dictates that one does not have any social media profiles.

Again, this can be chalked up to protocol- the formal activities of the British royals are posted from the official accounts of the royal family, Kensington Palace, and so on.

Once married, the royal spouse must be referred to only by their royal title, and nothing else. Both Kate Middleton and Meghan Markle will henceforth be known by the female form of their husbands’ titles, making them the Duchess of Cambridge and the Duchess of Sussex respectively.

Ever since the Duke of York banned the game of Monopoly in 2008 for being “too vicious,” people marrying into the royal family have to adhere to this rule, and never play Monopoly.

Whatever you do, the Queen must do it first. If she sits, you sit. If she stands, you stand. And during events, the members of the royal family must enter and exit in a specific order dictated by the Queen herself.

Also, once the Queen finishes her meal, the entire table is cleared, irrespective of whether the others have finished eating or not.

These are just a few of the rules that need to be followed on entrance into the royal family- the complete list is dizzying in its length and specifications.

Some of these rules- like the strict dress code and lack of political opinion seem like a big sacrifice. Well, I guess you must really love your royal fiancé to give up so much in order to marry them! 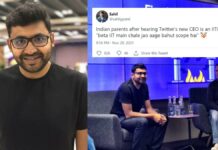 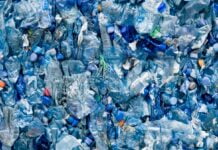 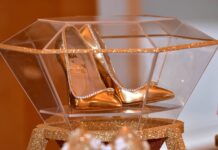