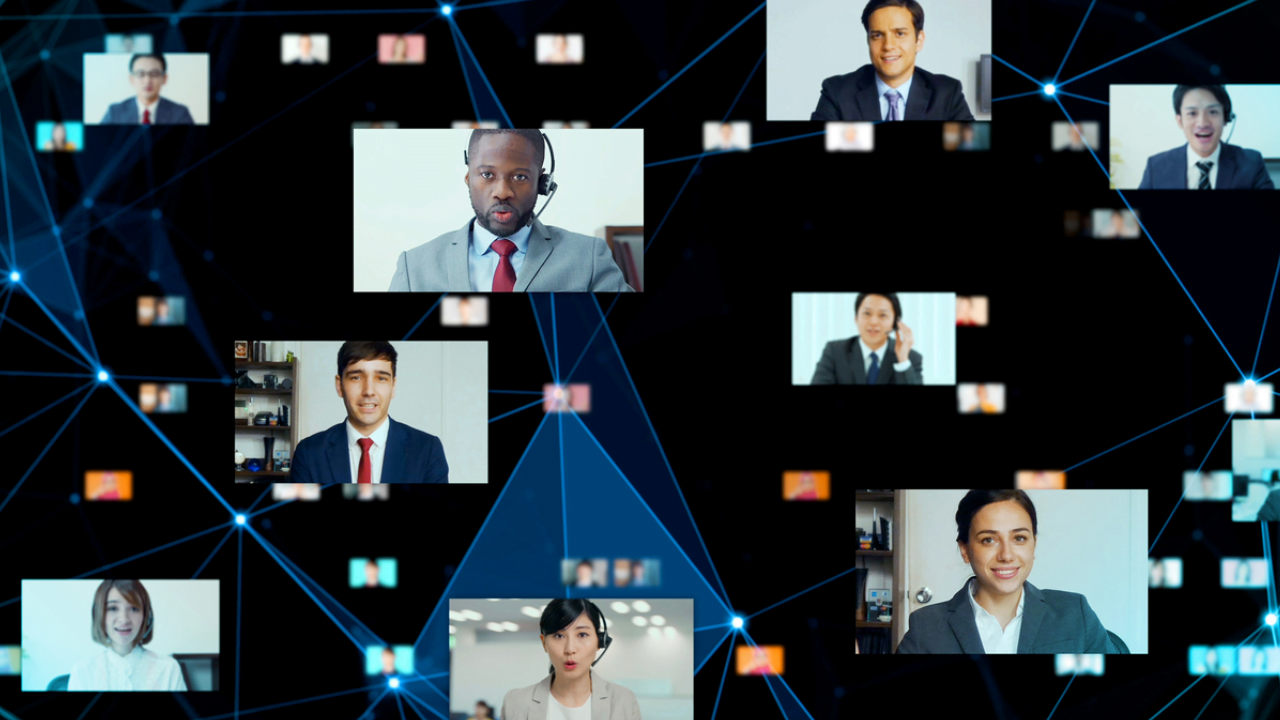 Throughout almost all of human history, conversations were generally conducted face-to-face, so people knew where their conversational partner was looking and vice versa. Social distancing norms due to the SARS-CoV-2 virus have meant online communication is more popular than ever.

With virtual communication, that assumption no longer holds – sometimes people communicate with their cameras while other times, one may choose not to switch on their camera.

People expect these virtual experiences to mimic actual reality and induce similar forms of thought and behavior. People are more likely to emulate the behaviors of others who belong to the same sex, race, age, or those who share their opinions. Further, in the virtual world, just seeing oneself perform some actions can greatly impact one’s behavior and memory.

With ”virtual” communication due to COVID-19 and the expansive use of mobile and video devices, now more than ever, it’s important to understand how these technologies impact communication.

Where do people focus their attention? The eyes, mouth, the whole face? And how do they encode conversation?

Thus, researchers set out to determine whether being observed affects people’s behavior during online communication.

Video feeds that show a remote partner allow users to communicate with a wide array of nonverbal behaviors (such as gaze, gesture, or posture) that can influence the characteristics of the interaction.

This indicates that people use more words and turn in audio-only conditions. When people can gesture at a workspace, they can use deictic utterances (“that”, “those”, “there”, etc.) rather than relying on longer, more descriptive phrases (“the table between the door and the window”).

Gesturing behavior decreases when moved from face-to-face to a video or telephone only. The presence of a visual workspace results in more deictic utterances and gestures.

Some experimental work has shown that, if these gestures are appropriately supported, resulting communication is more efficient, task performance increases or users rate the quality of the experience higher.

People are susceptible to the gaze direction of others. Even two-day-old infants prefer faces where the eyes are looking directly back at them.

The phenomenon known as “gaze cueing,” a powerful signal for orienting attention, is a mechanism that likely plays a role in the developmentally and socially important wonder of “shared” or “joint” attention where several people attend to the same object or location.

In the pre-recorded condition, during communication, time spent fixating on the mouth gaze direction conveys much more socially relevant information, one’s gaze behavior is likely to be affected by whether one’s eyes are visible to a speaker significantly greater,  compared to the real-time condition.

Also Read: Virtual Travel Is the Future Of Military Surveillance Around The World. Here’s How

For example, people may signal that they pay more attention to a speaker by fixing their face or eyes during a conversation. Conversely, extended eye contact can also be perceived as aggressive.

Comparisons between total fixation durations of the eyes versus the mouth were calculated for both the pre-recorded conditions and in real-time, with the eyes of both conditions being significantly more fixated than the mouth.

The lack of difference in time spent fixating the eyes suggests that the mouth fixations in the pre-recorded condition did not come at the cost of reduced eye fixation.

Gender, age, cultural background, and native language did not have an influence on fixation behavior across conditions.

Virtual behavior settings are created through the shared interactions of members and a developing sense of space or “place”.

Researchers have additionally focused on participants’ characteristics, interactions between participants, and the technology (e.g., equipment or software), the rational choices people make while using the technology, and contextual influences on communication practices such as the physical and social environments.

A study used virtual reality to examine factors that influence yawning, focusing specifically on contagious yawning. Contagious yawning is a well-documented phenomenon in which people and some non-human animals, yawn reflexively when they detect a yawn nearby. Research has shown that “social presence” deters contagious yawning.

When people believe they are being watched, they yawn less or at least resist the urge. This may be due to the stigma of yawning in social settings, or its perception in many cultures as a sign of boredom or rudeness. Thus in a virtual setting, yawning is often avoided as the person comprehends it as a more formal/disciplined communication.

Virtual reality is always considered a formal setting, this change in behavior is expected. As the pandemic persists we are depending more on virtual communication, it is the new normal, even though people are still getting used to it.

Virtual and face-to-face communication have their own advantages and disadvantages. However, the only option we have now is a virtual setting.

So stay home, stay safe, and be you.