Home Social Opinions “Read This Article To Find Out How We At BuzzFeed Once Again... 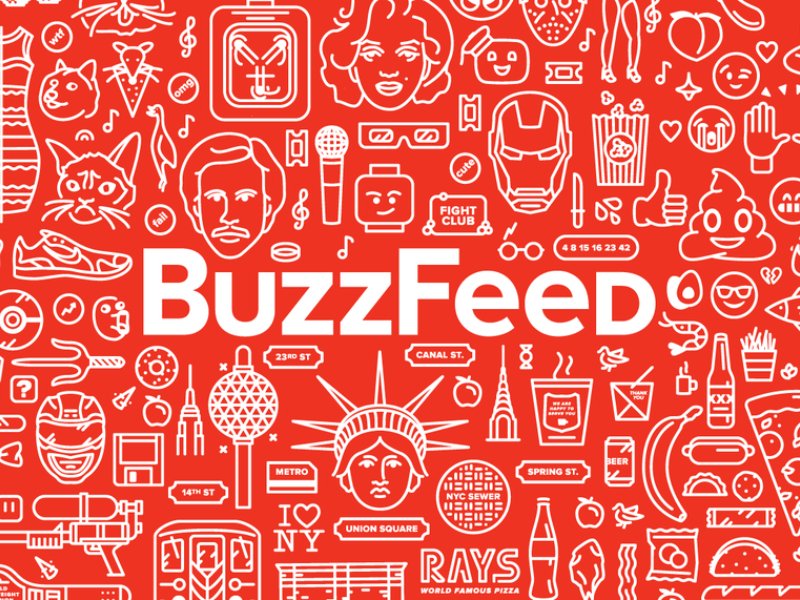 Every time you refresh your Facebook newsfeed, at least 3 new and gaudy and tempting BuzzFeed articles pop up. The articles speak about literally anything under the sun. It could be important content about, “Which Three Foods Match Your Personality?” or it could be even more important content telling you that, “The Combination Of Pizza Toppings You Choose Will Determine Your Exact Age.”

No, BuzzFeed didn’t rise from the ashes like a Phoenix. Websites like BuzzFeed are where they are today because of their massive content reach and penetration. We follow them, and we read them, and we push their content till the point it becomes invincible. But how does this content brew so fast? This morning when I was casually surfing the internet, ads of BuzzFeed articles talking about the minute-by-minute inside updates of Sonam Kapoor’s wedding kept popping up. Giving in to my curious frustration, I decided to finally visit www.buzzfeed.com to ‘see what the hype is all about.’

Since Sonam Kapoor’s wedding is a much talked about event, I thought reading an article or two just to update myself wouldn’t hurt. But as the web page to www.buzzfeed.com loaded, I found that over eight articles had been published about the wedding, thus drowning the BuzzFeed homepage.

Related: Readers Hit Back At Vagabomb For Spreading Toxic Feminism With Their ‘Boycott Sanju’ Article & We Agree With Them

This is when I got thinking about websites going to gross lengths to brew content. We have Vagabomb, Mensxp, ScoopWhoop, Popxo and many more such websites, publishing articles every minute about the ‘latest gossip in B-town.’ Does one event, need 20 mindless articles, speaking about the colors of the flowers and the skies at Sonam’s wedding?

Maybe you think, it does. But does every move and every action of a film star have to be over-analysed, over-speculated, over-scooped and over-buzzfeeded through these articles?

The problem with these articles is that their speculative and unnecessary nature makes them assume and spread false narratives that are born as a result of publishing impulsive and shallow conclusions about people’s lives.

Another such article was, “Literally Seconds Into Sonam Kapoor Getting Married, Aunties Already Started Taunting Her.” Unsurprisingly, the article invited slightly harsh comments:

“I didn’t hear any of the things you said Buzzfeed! Go home Buzzfeed you’re drunk”

“I don’t think this article was necessary BuzzFeed. It was just a cute video where an aunty was obviously making fun of the whole ‘aap’ tradition. Even Sonam didn’t take her seriously. Being a feminist doesn’t mean you shouldn’t be able to take a joke. Don’t create a mountain out of a molehill.” Sonam Kapoor has to practically just breathe to have Buzzfeed publish an article about her. The video features Sonam’s relative’s joke about expecting Sonam to address her husband respectfully, post their marriage.

At this point, BuzzFeed walks in with its interpretation of the video in their article, if you may call it so, talking about how Sonam’s relatives are being ‘demure’ and ‘submissive,’ because obviously, their apparently ‘feminist’ views on a lighthearted joke cracked by an unknown lady in an illegally leaked wedding video are so important.

A few days back, we published a similar piece talking about another mindless Vagabomb article, voicing the author’s rant about the “Bad Boys of Bollywood.” The link for the same is here: http://edtimes.in/2018/05/readers-hit-back-vagabomb-for-spreading-toxic-feminism-with-their-boycott-sanju-article-and-we-agree-with-them/

Sadly, this kind of content is becoming a trend in India, where people don’t like to read articles until and unless they are made to sound like gossip or are actually gossip. While our intellectual alter egos rant about such content, our frivolous bones make us read it like hypocrites. I am a party to this behaviour because like I mentioned even I need to ‘find out what the hype is all about.’

The aforementioned derogatory comments have hundreds of likes and reacts to them, and a majority of comments mock the article in some way or the other. But that doesn’t change the fact that the article went viral and gathered thousands and thousands of views within hours, thus adding to the success of websites like BuzzFeed.

The end of such articles is nowhere close, and at this moment I would like to welcome you all to the era of gossip, hypocrisy and unnecessary hype.