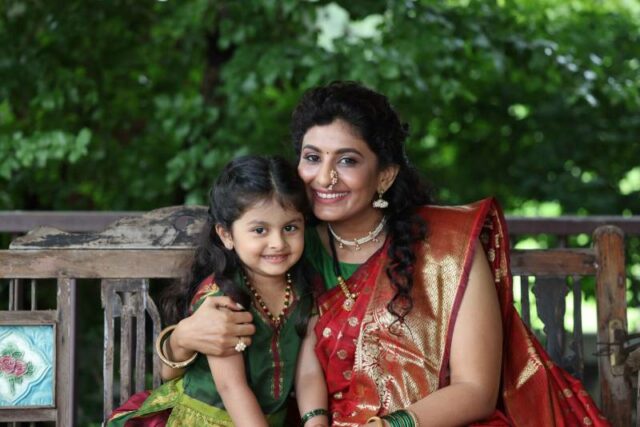 This year, the Ganesh festival will be all the more special as this song is dedicated to the lord and the bonding of mother-daughter.

There is so much music to be swayed by, especially from the past few years, where more and more producers and labels have come forward to showcase their visions to the audiences in the form of their musical ventures and tracks to make sure they provide the best musical experience to listeners and music lovers. With the same vision to present something new and surreal, producer Madhusudan Kulkarni came up with yet another track titled “Sukh Dukkha Sari”, a special song dedicated to a special festival of Lord Ganesh and also highlighting the special bond of a mother and daughter.

Madhusudan Kulkarni reveals that the song Sukh Dukkha Sari stands unique for various reasons, one, of course, being that it will be dropped on this Ganesh Festival and two because it will feature a prominent producer named Poonam Shende, who will be debuting as an actress for this song along with Sara Palekar, a child artist and social media influencer who will be facing professional camera for the first time.

Ganesh Festival will be all the more lit this time with producers Shrinivas Kulkarni and Madhusudan Kulkarni’s sweet rendition of the strong bond of a mother and daughter, based on Lord Ganesha and the festival. What has earned the song more headlines is the fact that it will feature a fresh pair, starring Poonam Shende and Sara Palekar, which will ooze freshness on screen.

Sukh Dukkha Sari is about how children love the Ganesh Festival and enjoy the whole process of doing the decorations, preparing sweets and every other thing. This genuine emotion and the excitement for the lord’s festival is all what this song is about. Moreover, how the mother-daughter prepare for the festival and do the rituals is beautifully shown through the song.

The mesmerizing visuals created for the song can be attributed to the visions of the director Yogesh Tawar with the cinematography by Rahul Jhende. Aanandi Joshi’s vocals and the lyrics by Akshay Sant add life to the song, capable of making people fall for it instantly. Music composition by Swapnil Sawant and Jeevan Marathe and music arrangement by Satyajit Kelkar will make people sway to its tunes. Amol Ghodke and Vaibhav Lamture have done a great job as creative head and production head, respectively. Also, the still photography done by Pranav Singh is top-notch.

Art direction has been taken care of by Ganesh Panchal and costumes by Nakshatra Vineet. The marketing consultant of the song is Sumit Jindal. In Triveni Petkar’s makeup, the actors look stunning in the beautiful location of Kasat Wada, Maharashtra, where it is shot. Madhusudan Kulkarni says that the song is from a play named “Gajanana”; hence, it is a short song, but still can make audiences feel all the emotions all at once.

Audiences and music lovers are eagerly waiting for it to get released.