The service industry forms the backbone of social and economic development of a region. It has emerged as the largest and fastest-growing sector in the world economy, making the highest contributions to the global output and employment. Its growth rate has been higher than that of agriculture and manufacturing sectors.

It is a large and dynamic part of the Indian economy both in terms of employment potential and contribution to national income. It encompasses a wide range of activities, such as trading, transportation and communication, financial, real estate and business services, as well as community, social and personal services.

The era of economic liberalisation has ushered in a rapid change in the service industry. As a result, over the years, India is witnessing a transition from agriculture-based economy to a knowledge-based economy. The knowledge economy creates, disseminates, and uses knowledge to enhance its growth and development. It now contributes around 51 per cent of GDP. In the trade mode, services trade has also grown at the same rate as goods trade over the 1990s (i.e., about 6.5 per cent) and its share in total trade has reached around 24 per cent. Growth of trade in services has also been accompanied by growth in the share of services in total inward FDI.

However, though the growth of service sector in India is in line with the global trends, there are two unique characteristics of India’s service sector growth.

First, the entire decline in the share of agriculture sector in GDP, has been picked up by the service sector while manufacturing sector’s share has remained more or less the same. In general, such a trend is mainly experienced by high-income countries and not by developing countries.
And second, in spite of the rising share of services in GDP and trade, there has not been a corresponding rise in the share of services in total employment.

The unemployment growth of India’s service sector, with no corresponding growth in the share of manufacturing sector, has caused many cynics to raise doubts about its sustainability in the long run.  Further, it is found that growth pattern in the service sector has not been uniform across all services in India. The cynics have observed that employment in services is concentrated in the informal sector, personal services and public administration, activities with limited spillovers and relatively limited scope for productivity improvement.

Another cause of concern for them is that the rapid growth of service-sector employment reflects the outsourcing of activities previously conducted in house by manufacturing firms – in other words, that it is little more than a re-labelling of existing employment. They question whether shifting labour from agriculture directly to services confers the same benefits in terms of productivity growth and living standards as the more conventional path of shifting labour from agriculture to manufacturing in the early stages of economic development.

One of the probable reasons for this lopsided growth in services is the fact that reforms in India at the sectoral level have evolved in an ad-hoc way rather than as part of a coherent overall strategy. Though there exists an overall industrial policy and agricultural policy in India, there is no integrated service policy. Consequently, the pace of reforms and their impact lacks uniformity across sectors.

It has been vehemently argued that income from the service sector is growing much in excess of the demand generated for services by the commodity sector and since income might grow faster than employment in the organised services, therefore service-led growth can have serious implications for inflation, income distribution and balance of payments.

Another crucial reason due to which the observers are sceptical about the developmental impact of the growth of the service sector is the presumption that modern services do not use significant amounts of unskilled and semi-skilled labor, the factor of production that India has in abundance. They downplay information-technology and communications-related service sector employment on the grounds that these activities are small and use little unskilled labor, the implication being that a labor-abundant economy cannot rely on them to move people out of low-productivity agriculture

On the other hand, a few studies also show that India’s experience with respect to service-led growth may be unique but it cannot be regarded as an outlier as yet. Growth in services is found to be growth inducing and has led to higher productivity in the manufacturing sector in the 1990s and therefore it is possible for the service sector to sustain its growth. .

In a nutshell, no doubt that service sector is the major driving force of economic growth in India but its sustainability has been questioned by many sceptics. This questioning by the cynics becomes valid since economic theory suggests that a decline in the share of agriculture sector and manufacturing sector is a phenomenon that is generally associated with the growth process of a high-income economy and not a developing country, and if this happens in a developing economy, then the consequences are atrocious. 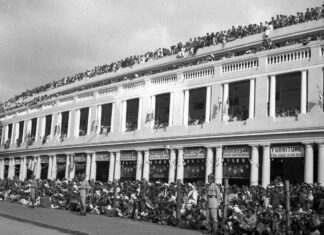