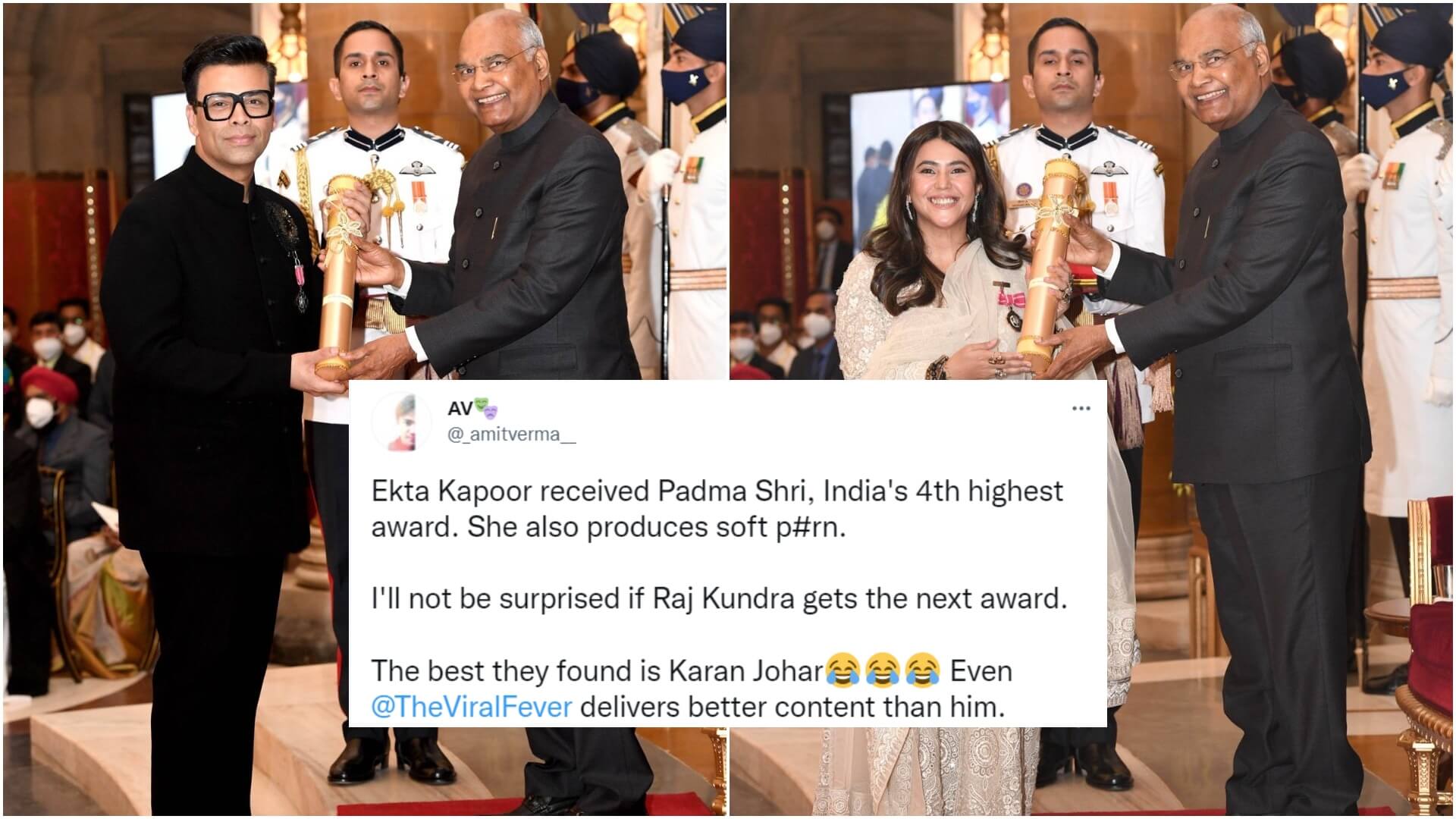 The Padma Shri award ceremony was conducted on Monday, 8th November 2021. The ceremony was for awardees for the year 2020 and President Ram Nath Kovind presented the award to 73 individuals, some were given posthumously.

The Padma Shri, India’s fourth-highest civilian honour, winners for 2020 had already been made public last year, however, due to the severity of the COVID-10 pandemic, a physical ceremony could not take place.

The one on Monday was to present the award in person to those winners among whom were some of the most brilliant and unique people who had gone above and beyond to help our society in some way or another.

All of the awards are given as a way to honour the achievements of civilians in various fields of discipline or sectors that in turn helped the people of the country.

This year 119 people were given the Padma Awards, from this 102 people received the Padma Shri Awards, 10 Padma Bhushan and 7 Padma Vibhushan. Of the 119, 29 awardees were women, 1 transgender and 16 were given the award Posthumously.

Rani Rampal, captain of the Indian women’s hockey team was given the Padma Shri award for her achievements in the Tokyo 2020 Olympics.

Tulasi Gowda, called ‘Encyclopedia of the Forest’ and is a known environmentalist recieved the Padma Shri award for her lifelong work towards environmental protection. The 72-year-old tribal woman from Karnataka came barefoot wearing a traditional outfit but her work outshines anything. Over the course of her life she has reportedly planted more than 30,000 saplings and been involved in the conservation of the environment since the age of 12.

Harekala Hajabba, an orange vendor from Mangalore, was also awarded the Padma Shri award for his work towards building a primary school despite working as a fruit seller making only Rs. 150 per day.

Years ago when he was unable to answer a tourist that asked him the price of fruit in English, gave him the motivation and drive to make sure to build a school in his village that had been without one for many years. Over years of relentless hard work and savings, Harekala Hajabba finally started a school in 2000 on one acre of land spending all of his life savings.

But as impressive as those people and their stories are, there were two awardees that flummoxed literally everyone around.

Those two were, Karan Johar and Ekta Kapoor.

Karan Johar, known for his grander-than-life movies like “Kuch Kuch Hota Hai” and “Kabhi Khushi Kabhie Gham”, “Student of The Year” and many more, and Ekta Kapoor popular for her TV saas-bahu serials before making her way into Bollywood.

People online were extremely confused as to how these two of all the people were received a Padma Shri Award for ‘Art’. While their content might be popular, netizens claimed that was in no way reason enough for the award.

Popularity does not mean quality and many pointed out how problematic and nonsensical their content has been over the years and not something that in any way represents Indian culture or people in real life.

It did not take long for people to start trolling the two mercilessly and comment on how this way even Raj Kundra and few others should be given this award.

Read More: Do Web Series Use Violence, Sex And Cuss Words To Get Eyeballs?

What do you think? Is this trolling warranted? Should Ekta Kapoor and Karan Johar been given this award in the first place? Let us know in the comments below.

Breakfast Babble: Here’s Why I Think Ekta Kapoor Has Set The Bar Too Low For OTT Platforms As Well