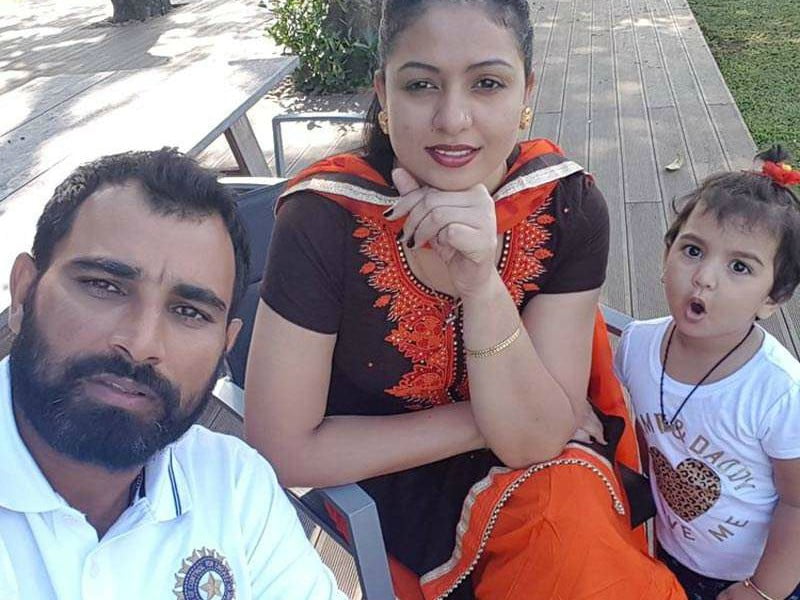 Indian cricketer Mohammed Shami has been in the news for all the wrong reasons, the past two days. His wife, Hasin Jahan alleged that she has been subjected to domestic violence for the past three years now by her husband.

She also accused him of having multiple extra-marital affairs and supported her statement by posting screenshots of Shami’s Whatsapp chats and pictures with other women.

“She is Shabnaz staying samba,She is also Mohammed shami s girlfriend,” read one of her posts. As per a news channel, Jahan revealed that she found Shami’s phone hidden in his car from which she got the chats. The phone was gifted to him in 2014 by his IPL franchise Delhi Daredevils.

After the news went viral, Shami tweeted that all these allegations are false and were done with the intention of ruining his game and career. As it happens on any questionable viral content, the virtual public has risen on its own guesswork and conclusion. Let us therefore first see how Hasin Jahan has previously been seen on social media-

How do we know Hasin Jahan

Celebrity wife Hasin Jahan was heavily trolled in 2016 for not obeying Islamic rules in her dress codes. When Shami posted pictures with his wife wearing a gown, comments flooded accusing her of not wearing a hijab. He, however, defended his wife boldly and also gained the support of fellow cricketers like Mohammed Kaif regarding the same.

With the issue at hand, Maulana Atif Qadri has issued a fatwa against Jahan for posting his personal photos on Facebook. He says that an extra-marital affair is legal in Islam, according to Times Now. The wife, he said, should not interfere in the husband’s matter.

Shami has also suffered on the professional front after the onslaught of his wife’s virtual accusations.

On Wednesday, the BCCI did not include Mohammed Shami among its contracted players. Until Shami gets an all-clear, the cricketer is likely to suffer losses on international cricket and miss out on incentives from the Indian Cricket Board.

He had played a significant role in India’s only Test win in the recent tour of South Africa. The in-form Shami claimed a career-best 5/28 in the second innings of the match.

Related: Mary Kom Actress Slams Sabyasachi Over His ‘Shame On You’ Comment On Women Not Knowing How To Wear Sarees

The problem of media trials

Back in January, Jahan as per her statement, after being unable to bear the torture anymore said that she had contacted the local police in Jadavpur, Kolkata.

“I came back to Kolkata from Uttar Pradesh on January 8. At that point of time, I did not want to take legal actions but had informed the Jadavpur Police station verbally,” she said, as reported by ABP news.

In an issue as serious as that of domestic violence, strong legal actions are needed.

In order to back up their statements on social media, a victim must first approach the authorities. Lack of any legal action by the victim before going for a media trial only weakens their claim and hold on the matter. This is because social media works in such a way as to tarnish the image of both parties with public judgements.

The drawback of media trials is that they give rise to public speculations that are unnecessary. Our sentiments usually lie with the powerless in such cases, here, the wife. Unproven media speculations only aggravate the issue and indeed deplete the image of the celebrity in question. Is it really needed?