Condom advertisements in India are at a pinnacle of stupidity. So let’s talk about the main problem right off the bat and embrace the elephant in the room with some careful break-downs.

Watching a brilliant stand-up comic act by renowned comedian Sorabh Pant (check it, here) made me question the inherently questionable idea of sex education in India and how condom advertisements have made it worse, by painting a false narrative to the youth and being directly responsible for inappropriate sexual fantasies.

This has propagated our system to an extent that YouTube now has videos listing out the “funniest” and “sexiest” BANNED condom advertisements in India instead of those which are the most straightforward, genuine and informative.

WHICH, RATHER OBVIOUSLY WHAT CONDOM ADVERTISEMENTS NEED TO BE AND THEY AREN’T.

We have a strange habit of sexualizing everything and I for one wouldn’t mind some good ol’ dirty puns, here and there.

But dear readers, we’re talking about advertising condoms in a country which is known to have a prevalent rape culture, a majority of male population which is sexually deprived and/or frustrated and men who have literally ZERO game in front of the opposite sex (an article on the same topic which I’ve written can be read here).

Here, this false advertising becomes a misguided and false narrative, which in turn leads to false inferences giving rise to false ideologies among the masses where most men believe that having the right type of condom can make them an instant hit with the ladies and that sexual consent comes without breaking a sweat.

Also Check Out: SexED: 5 Innovations Around The World To Spread Awareness About Safe Sex and Condoms

But who’s to care about obsolete topics which TOTALLY DO NOT NEED immediate and careful addressal like safe sex, disseminating information (pun intended) about sexually transmitted diseases, female condoms or the safe use of contraceptives by the youth? If you can’t detect my sarcasm, get better glasses.

In this age of avant garde technical and digital advancement where basic concepts like safe sex practices have become arguably the first lesson you’d give to an adolescent, the idea of Sunny Leone fantasizing on a beach or a coffee table is not the best way to start it.

One needs to sound interesting and have a click-bait advertisement, sure. But at what cost?

This sexualization leads to the same naive men watching these commercials act like mute Romeos at medical stores, where asking for a condom is scrutinized and looked down upon as a moment of fun or shame, rather than appreciation (it’s India) for practicing safe sex and not risking unwanted pregnancies or STDs.

Now, that’s dangerous for these people because the idea of shame may even lead them to not buying a condom in the first place, giving the risk factor a sharper inclination.

So in order to avoid a catastrophe, our beloved CBFC chief Pahlaj Nihalani should be put to better use for approving rather “sanskaari” condom advertisements (Alright, maybe not that sanskaari. But you get the point.) and making sure that the message sells the product and not the eye candy.

Concluding on a positive note, I’d urge you to not get misled by these advertisements. Play it smart and use rationality. Condoms are just a means of contraception and you should be OKAY with using them because you’re taking a step to practice safe sex. Period (Pun unintended.).

And that my friends, is a sign of progress. Cheers.

SexED : Why Indian Men Are Bad At Flirting And Picking Up Women 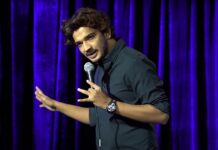 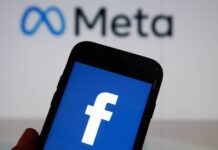