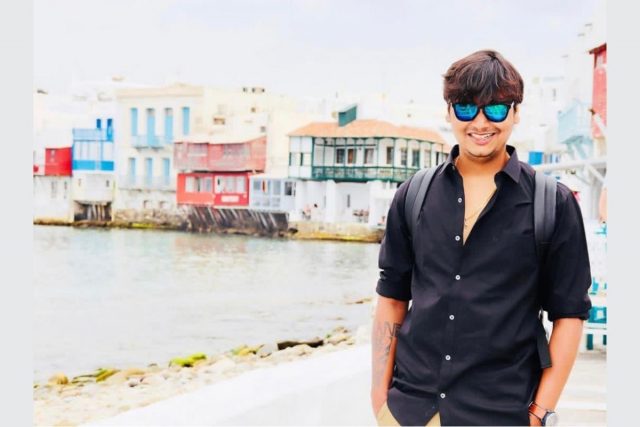 March 7: Vishal Shah is one uprising star in the music industry noted by many celebrities in Bollywood and Gujarati Music Industry. Vishal known as Rock vishal shah. Vishal is registered on many music platforms like Amazon Prime and Jio Savnn to name a few.

Melodious music and hummable lyrics are his speciality in the industry. This rising star is really rising in the sense of a unique kind of music produced in the existing genres. His singles Monster, Tonix beats, Bad Habits, etc. are already guzzling attention of his fans.

Till 2021 his music was unknown to the world. His reprise made him a known voice and also acquittanced him with celebrities.

Back in his college days, Vishal had a string for the music. He composed his songs and kept them undisclosed to anyone. His friend once found a note in his book once which had a beautiful poem written on it. And then his whole class knew the poem. Vishal was glad and embarrassed at the same time. He did not know what to do with his fame and the teasing that went around it. He kept composing more and now in the second generation of Social Media and the digital advancements that Vishal has got to voice his beautiful compositions on the digital music platforms.

Through all the journeys of ups and downs, Vishal and his family resides in Mumbai.

With many of the compositions in the pipe-line, Vishal is all prepared to launch sensible, lovable music from time to time. The recent awaited launch is with Deepak Prajapat and Vishal says it will rock the mood of his audiences