I have to make it clear, this article is neither pro nor anti-caste-based reservation system. This is just about the casteism I have seen personally.

People outside Maharashtra sometimes confuse Marathi-speaking people as a part of one single caste.

Casteism exists, even in a developed city like Mumbai or the so-called socially progressive state of Maharashtra.

Everyone is aware of that but would expect old people who are past their prime to get involved in such things. Sadly, even the youths of the country are getting involved in it.

Though casteism in Mumbai is not conspicuous, it still exists. People ask you your last name to make out what caste you belong to. If they are not able to figure it out they just ask you directly.

Preferences change, groups are formed, name calling and missed opportunities are the forms of casteism you get to see.

Like casual racism, casual casteism also exists. A shabbily dressed guy or a bad thing is referred to often as ‘bhangi’ or ‘bhangar’ which is the name of the caste of the previously untouchable tribe.

Maharashtrian castes are not the only ones derogated. A cheap guy is so nonchalantly called a ‘marwadi’.

These derogatory terms casually become part of our conversations and I personally have used them enough times and feel guilty about it.

There might be even more terms that are disparaging and are part of our conversations and we are not even aware of them.

Related: Mahabharata Shows Us How To Defy The Rigid Caste System, Even Back Then

There are some references we make that we did not even know were offensive to some people but still are part of our conversation. There are more than 400 castes and 90 tribes in Maharashtra itself so it can happen.

I don’t want to blame our elders but it is obvious that we inherited these connotations. I have heard people around me use the word ‘marwadi’ so often that it was bound to be a part of my lingo too. But sadly, it’s not all casual. I have personally seen people making comments and snide remarks onto each other on the basis of caste. I have seen both groups feeling entitled because of their caste. And these are the same kids I go to college with.

They assume the worst of someone on the basis of their caste. Even if it is just one person who is starting it, I have seen kids in college never failing to join in.

It is wrong for me to be a bystander while all this happens but getting involved would only give it a bigger reaction and there is also the fear of getting lynched.

It is a known fact that politicians use caste based calculation while planning their strategies and that affects our lives directly. When a violent protest breaks out on the grounds of caste, politicians do not do anything about it and everyone has to face inconvenience.

What is sad about it is the youth getting involved in all this. We took on Twitter and other social media to denounce it but all we did was gave it a reaction. We have to realize that this is your typical uncle protesting. If you tell him he is wrong, he will go out of his way to prove why he is right. They are just using it as a political tool.

Everybody wants casteism to end. Ours is the generation that can finally put a stop to it. We do not need to indulge in any forms of casteism or give it any reaction.

With a little bit of knowledge and a change in perspective, we can finally end it. 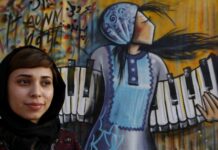 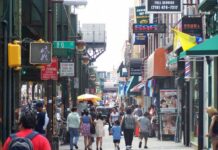