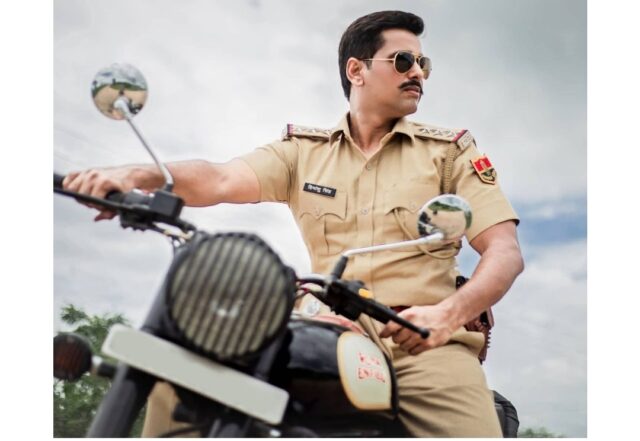 Himanshu Singh Rajawat, SHO, Kapasan, did not lose hope and gave up on his honesty even after being in jail for 7 years. Hiamnshu Singh Rajawat, despite being a police officer, spent 7 years of his life behind the bars. He was accused for the encounter of drug dealer Sohrabuddin in 2005.

Sohrabuddin encounter was done on 26 November 2005 by Gujarat ATS and Rajasthan STF. The echo of this encounter was echoed in the corridors of court and amongst police officials for a long time. Then sub-inspector, Himanshu Singh Rajawat was also a part of the Rajasthan STF team. The encounter created a lot of chaos and the matter even reached the Bombay High Court. Initially many questions were raised about the encounter and many policemen including Himansu SIngh Rajawat were put behind bars for this.

Himanshu Singh Rajawat was one of the accused and had to spend about 7 years and 3 months in jail. However, he was later granted bail and in the year 2018, he was proven not guilty. Today Himanshu Rajawat is also known as ‘Super Cop’ and he has also caught many criminals.

The story of the ‘Super Cop’ Himanshu Singh Rajawat has been inspiring for several officers as well as the local public. Despite being in jail for 7 years, he was loyal towards his duty and showed honesty towards the nation. Undergoing so much pressure, humiliation, suspension from the post and several questions, Himanshu Singh Rajawat stayed strong and did not lose hope.

Talking about Sohrabuddin encounter and 7 years sentence in jail, Himanshu Singh Rajawat says, “I had faith in our Justice system. I was only being loyal towards my duty and wanted to catch the criminal. I was honest towards my service and hence did not fear anything. And though it took 7 years to prove my innocence, I did not give up. I feel proud to be a police officer and serve my country. And I also pledge to punish every criminal and maintain law and order.”

It was alleged that several police officers of Gujarat and Rajasthan and politicians were involved in the encounter case. However, no evident proof was given against any of them and all 22 accused officers and politicians were proven not guilty and bailed from the prison. Himanshu Singh Rajawat, rejoined his post after he was released from the jail and is currently holding the post of SHO, Kapasan. Giving a message to the public Himanshu Singh Rajawat says, “Have faith in the Indian Judicial System, the innocent will always get justice and the guilty will always be punished. I have always done my duty honestly and will continue to do so.”

Reviews Brand Voice - September 22, 2021
September 22: Brands and retail in Electronics have changed a lot in the last 40 years. Initially, there were three major Indian brands BPL,...