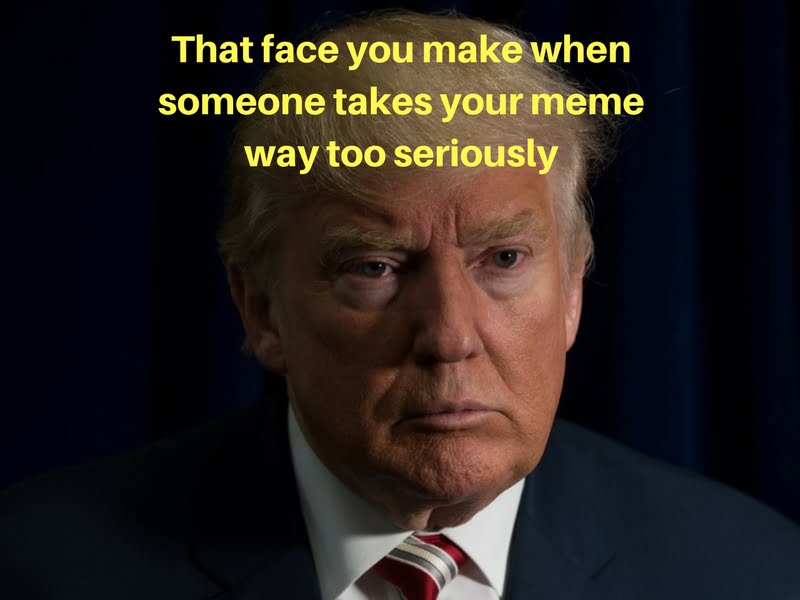 The meme culture has been accredited to be a movement which aims at catharsis via humor and aims to be visually therapeutic in all aspects via the exhibition of creativity and satire. What it doesn’t aspire to be is a movement associated with bullying and to a large extent, it isn’t.

Even then, people have a habit of getting offended at the power of an opinion, so it’s only a natural discourse that an opinion amalgamated with mockery is enough to piss off anyone.

But hey, offence and bullying are two extremely different terms in a given natural environment. Whereas offence might be on a peer-to-level, bullying indicates a misuse of power or authority. So, let’s dive a little deeper and analyze why a power as simple as a working internet connection is associated with bullying and why the meme culture shouldn’t be dragged through the mud just because some wimpy kid’s feelings got hurt.

#1. The Ever-Fiery Debate About Freedom Of Speech And Expression (with An Internet Connection):

A meme enthusiast doesn’t essentially hold any sort of natural authority or power in an ideal scenario; he’s just a person with a working internet connection who enjoys humor, satire and is willing to exhibit it. Being insecure of such a person only indicates one’s lack of self confidence and lack of courage to laugh at oneself.

My dearies, it’s a free country. Your expressions, opinions and feelings are as unimportant as mine and that’s what the meme culture wishes to propagate. Let the free be free and pass it off casually once the trend drowns out. Parading on social media that memes “bully you” is no solution to it. A trend is a trend because it comes with an expiration period. Enjoy it, let others enjoy it and once the expiration period arrives, move on from it.

#2. The Idea Of Impressionism:

“These memes mock delicate issues”, “They have negative effects on the psyche of children”, “These memes are insensitive to young minds and give rise to bad thoughts”, “Young kids are impressionable and might learn dark humor at a young age”, etc.

^Bullshit, is what I call it.

Just because someone enjoys dark humor, it doesn’t mean he/she is a bully. Same goes for people who enjoy any form of humor as it is and know that it’s subjective. We’ve got a barrage of examples who were made into a meme and instead, they took it in good humor and got famous in the trend’s aftermath.

Be it the “Cash me ousside” meme girl Danielle Bregoli in USA or the “Nagarpalika” meme guy Shahid Alvi in India, the list is endless.

Again, the queen bee idea of subjectivity rolls in, here. The meme culture takes a fiery issue, mocks it and then cools down. It in no way stands to advertise that the humor will be likable or not.

Most of the popular memes in which we saw in 2017 were in no way offensive to any particular race, community or even a person.

Talking about the whole Keaton Jones scandal memes being regarded as a means of bullying Keaton, it should be made plenty clear that the memes followed after the lies by Keaton’s mother were exposed and the GoFundMe page made in her name was pulled down. The society called her bullshit instead of Keaton’s because linking to point #2 in this article, impressionism doesn’t come solely from the internet, it comes from good and bad parenting.

Rise and shine, the internet is an unsafe place and you will find people who enjoy making fun of disabled people, dead people, poor people, disabled kids, depressed kids and all sorts of tragic events known to mankind.

The debate walks here on a thin grey line because as much as one would be sympathetic, there’s no stopping the limit of humor because of how our society has become. The idea of being depressed is the new cool and learning the term “existential crisis” to plug it in every sentence doesn’t mean you’re depressed and that little window is thoroughly exploited by dark memes enthusiasts.

As for the ones who are disabled, the same idea follows.

The meme culture is prevalent because the society in general has become increasingly immune to empathy because of multiple aspects, be it a problematic political scenario or poor civil provisions which has institutionalized satire and dark humor as a norm.<– Read this, twice.

To sum it up, I say this: I don’t advocate the meme culture enthusiasts as the perpetrators of a rebellion or a revolution and neither do I endorse them as frustrated kids who want to mock people by being behind a computer.

Secondly, bullying in its essence was never about humor. It’s a grave issue which pollutes schools, colleges, offices and homes. If we somehow learn to devise a solution to that, perhaps we’ll be better off in raising our future generations better instead of equating their depression with memes on the internet.